Reminiscences of Hans Selye, and the Birth of “Stress”

Stress has become such an ingrained part of our vocabulary and daily existence, that it is difficult to believe that our current use of the term originated only a little more than 50 years ago, when it was essentially “coined” by Hans Selye. How this came to pass because of a serendipitous laboratory accident is interesting, but not nearly as fascinating as the story of its discoverer, Hans Selye, who would easily qualify for the Reader’s Digest “Most Unforgettable Character I Ever Met” classification. Because of our long and close personal and professional relationship, I was privy to a considerable amount of information not available to others. Some personal reminiscences follow: Hans Selye (Selye János in Hungarian), was born in Komarno, Slovakia (at that time Komárom, Hungary) in 1907. Selye attended school at a Benedictine monastery, and since his family had produced four generations of physicians, entered the German Medical School in Prague at the age of 17, where he graduated first in his class, and later earned a doctorate in organic chemistry. As a medical student, Selye observed that patients suffering from different diseases often exhibited identical signs and symptoms. They just “looked sick”. This observation may have been the first step in his recognition of “stress”. He later discovered and described the General Adaptation Syndrome, a response of the body to demands placed upon it. The Syndrome details how stress induces hormonal autonomic responses and, over time, these hormonal changes can lead to ulcers, high blood pressure, arteriosclerosis, arthritis, kidney disease, and allergic reactions. His seminal work “A Syndrome Produced by Diverse Nocuous Agents” was published in 1936 in Nature. Selye’s multi-faceted work and concepts have been utilized in medicine and in almost all biological disciplines from endocrinology to animal breeding and social-psychology.

Selye spent a significant time of his life in Hungary, in Czechoslovakia, in the USA and in Canada. I first met Selye in 1949, when he was writing his monumental tome “Stress”. He was already internationally regarded as one of the world’s leading authorities on endocrinology, steroid chemistry, experimental surgery and pathology. Selye once told me that he never felt he really had any nationality of his own but also confided that he was most proud of his Magyar Hungarian heritage. When I was at his Institute, Selye’s average workday was 10 to 14 hours, including weekends and holidays. He habitually got up around 5:00 A.M. or earlier, took a dip in the small pool in the basement of his house, and then rode his bicycle six miles to work. We continued to keep in close contact while I was at Johns Hopkins, and later when I headed the Endocrine section at Walter Reed. He wrote to me frequently, often sending me amusing notes from all over the world, and periodically commissioned me to write articles, or review his own, even after I entered private practice. He had numerous requests for consultations, but to the best of my knowledge never saw a patient although he regularly referred many to me. Selye probably received more awards than any other physician (including the highest order of Canada), but not the Nobel Prize, although he was nominated for it several times. Many of his 40 books and over 1700 publications became bestsellers all over the world. Selye died in 1982 in Montreal, Canada; his influence on the scientific community is unbaiting and his work contributed to a better scientific and popular understanding of disease and its causes.

Advances in stress research have always been a function of the level of our knowledge of biochemistry and physiology. Much of what Selye believed and proposed was not entirely correct. He was unaware of a host of other components that were subsequently demonstrated to be important instruments in the stress orchestra. His real legacy can be summed up by what he often reminded me: theories don’t have to be correct – only facts do. Many theories are of value simply because of their heuristic value, i.e., they encourage others to discover new facts, which then lead to better theories.

Although Selye was fluent in at least eight languages, including English, and could converse in another half dozen, his choice of “stress” to describe the non-specific response syndrome he discovered, was unfortunate. He had used “stress” in his initial letter to the Editor of Nature in 1936, who suggested that it be deleted since this implied nervous strain and substituted alarm reaction. He was also unaware that stress had been used for centuries in physics to explain elasticity, the property of a material that allows it to resume its original size and shape after having been compressed or stretched by an external force. As expressed in Hooke’s Law of 1658, the magnitude of an external force, or stress, produces a proportional amount of deformation, or strain, in a malleable metal. Selye several times complained to me that had his knowledge of English been more precise, he would have gone down in history as the father of the “strain” concept.

This created considerable confusion when his research had to be translated into foreign languages. There was no suitable word or phrase that could convey what he meant, since he was really describing strain. In 1946, when he was asked to give an address at the prestigious Collège de France, where Bernard and Pasteur had been friendly rivals, the academicians responsible for maintaining the purity of the French language struggled with this problem for several days, and subsequently decided that a new word would have to be created. Apparently, the male chauvinists prevailed, and le stress was born, quickly followed by el stress, il stress, lo stress, der stress in other European languages, and similar neologisms in Russian, Japanese, Chinese and Arabic. Stress is one of the very few words that are preserved in English in languages that do not use the Roman alphabet.

The closest Chinese word to signify “stress” is written as two characters as illustrated below and can be translated as “crisis”.

Finding an acceptable definition of stress was a problem that haunted Selye his entire life and he would occasionally send me cards from all over the world such as the one above or notes containing tidbits of information. As usual, “The Greeks had a word for it.” Twenty-four centuries previously, Hippocrates had written that disease was not only pathos (suffering), but also ponos (toil), as the body fought to restore normalcy. While ponos might have sufficed, the Greeks settled for stress. The Japanese subsequently came up with their own version. Because it was clear that most people viewed stress as some unpleasant threat, Selye had to create a new word, “stressor”, in order to distinguish between stimulus and response. Even Selye had difficulties when he tried to extrapolate his laboratory research to humans. In helping to prepare the First Annual Report on Stress in 1951, I included the comments of one critic, who, using verbatim citations from Selye’s own writings concluded, “Stress, in addition to being itself, was also the cause of itself, and the result of itself.”

Become a Member
Set yourself apart as a stress expert!
Join Now 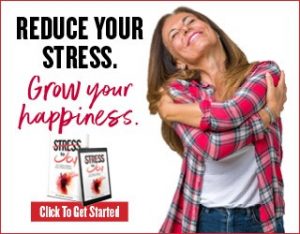 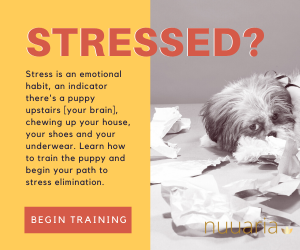