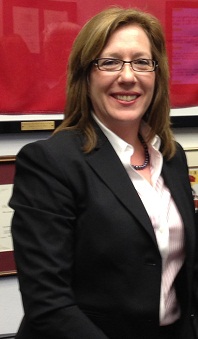 Tracey B. Kirsch has over three decades of management experience, with the first third of her career spent in the administration of federally funded health care facilities for the developmentally disabled. She is proficient in labor and union law and has demonstrated excellent abilities in human resources as well as fiscal and executive corporate management.

She has a long history of, and a passion for helping people through working with non-profit institutions. From 1982 through 1991 she served at the Louise S. Davis Developmental Center (LSDDC) in New Orleans. On her resignation, she was Director of Residential Services for this 114 personnel, 32 bed intermediate care facility, its three, six-bed community homes, social services department, nursing department, and recreation department. She was also an active member of the Board of Directors. Tracey developed new programs to expand the Center’s range of services, and participated in labor union negotiations and contract development. She was also responsible for public relations and participated in grant writing and other fund raising plans. At LSDDC, Tracey gained invaluable experience managing consultants in the fields of medicine, psychiatry, psychology, nursing, pharmacy, physical therapy, occupational therapy, social services, and dietary services.

Tracey is the president of Electromedical Products International, Inc. (EPI) where she manages all financial matters, human resources, regulatory affairs and oversees daily operations. She maintains close working relationships with the company’s personnel and its worldwide network of independent distributors. She successfully orchestrated the company’s move from California to Texas in 1994 and was instrumental in gaining regulatory approval for the company’s products in many countries including Europe (the CE Mark), Australia, Canada, China, and various countries in South America, Africa and the Middle East. In many countries except the USA the company’s Alpha-Stim technology qualified for over-the-counter (non prescription) status. In 2005 Tracey negotiated a Federal Supply Schedule contract with the United States government for use of Alpha-Stim within the Department of Defense and Veteran’s Affairs Medical Centers. Within a few years The US government- mainly the Army and Navy, as well as some 90 Veteran hospitals, became the biggest Alpha-Stim users. That market segment continues to grow and EPI is proud to be able to help U.S. Service Members and veterans with their pain and post traumatic stress.

Tracey joined the five member board of directors for the non profit The American Institute of Stress (stress.org) in 2012. She oversees all business and accounting activities for AIS and helps plan and executes the Institute’s business.

Tracey earned a BA in psychology from the University of New Orleans in 1989. Since then she has attended numerous continuing education programs for  non-profit corporations, FDA regulations, pain, psychiatry, stress, and related medical conferences. She has taught programs on Agency Policy and Procedures, Clients’ Rights, Federal Regulations Survey and Follow-up, among others.

In addition to her devotion to her husband and two daughters, Tracey is active in her community. She was elected in 2014 to serve a three year term on the Board of Directors for the Texas Association of Business. She has also served as the first woman Chairperson of the Mineral Wells Area Chamber of Commerce, and on the Board of Directors of Hope, Inc., a shelter for victims of family violence. She was also Chair of the Brazos Valley Chapter of the Texas Association of Businesses and Chambers of Commerce. She has also been a member of the National Association of Women Owned Businesses, the Palo Pinto County Republican Woman’s Club, The National Federation of Independent Business and the Medical Device Manufacturers Association. She served on the Ambassador, Governmental Affairs, and Transportation Committees of the Mineral Wells Area Chamber of Commerce

In 2003, Mrs. Kirsch was named Businesswoman of the Year by the National Republican Congressional Committee’s Business Advisory Council. She is listed in the Heritage Registry of Who’s Who 2005-2006. In December 2006 the American Biographical Institute named Tracey as one of the Great Woman of the 21st Century for significant accomplishments in and mastery of Medical Industry Management.