Acute stress disorder can develop following a person’s exposure to one or more traumatic events. Symptoms may develop after an individual either experiences or witnesses a disturbing event involving a threat of or actual death, serious injury, or physical or sexual violation. Symptoms begin or worsen after the trauma occurs and can last from three days to one month. If symptoms persist after one month, a diagnosis of post-traumatic stress disorder is given. 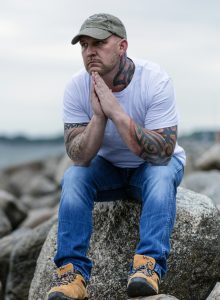 It is estimated that between 5 and 20 percent of people exposed to a trauma such as a car accident, assault, or a mass shooting develop acute stress disorder; and approximately half of these people go on to develop post-traumatic stress disorder.

Trauma has both a medical and a psychiatric definition. Medically, trauma refers to a serious or critical bodily injury, wound, or shock, and trauma medicine is practiced in emergency rooms. In psychiatry, trauma refers to an experience that is emotionally painful, distressful, or shocking, sometimes resulting in lasting mental and physical effects.

According to the DSM-5, acute stress disorder symptoms fall into five categories. A patient is diagnosed with the disorder when he or she has nine or more symptoms:

What’s the difference between acute stress disorder and PTSD?

What are the signs of acute stress disorder?

Anyone who witnesses a traumatic event is susceptible to acute stress. Signs that you or a loved one may be experiencing acute stress disorder include intrusive memories of the event, avoidance of reminders of the event, flashbacks, nightmares, insomnia, physical aggression, persistent sadness, inability to concentrate, headaches, stomach pain, and difficulty breathing.

The body has a built-in, physiological response to acute stress—the stress response. When a fearful or threatening event is perceived, the body engages an automatic response geared toward either confronting the threat, freezing up, or fleeing the threat (hence the term “fight-flight-freeze response”). The hallmarks of the acute stress response are an almost instantaneous surge in heart rate, blood pressure, sweating, breathing, and metabolism, and a tensing of muscles. Enhanced cardiac output and accelerated metabolism are essential to mobilizing for action.

Psychologically, attention is concentrated on the threat. After people experience a trauma, they may be more vigilant for new threats and perceive constant threats in their environment based on assumed danger (due to intrusive memories or dreams, for example), and therefore experience the acute stress response more frequently than before.

Traumatic events that may lead to acute stress disorder include exposure to war, threatened or actual violence in the form of a physical attack, shooting, mugging, sexual assault, kidnapping, terrorist attack, or torture, a natural disaster such as an earthquake, hurricane, or fire, and a severe accident such as a car crash, plane crash, or industrial accident, according to the DSM-5.

How common is acute stress disorder?

Seeking help soon after a trauma is key to alleviating distress and beginning to heal. Cognitive behavioral therapy (CBT) is the treatment that has met with the most success in combating acute stress disorder. CBT has two main components. First, it aims to change cognitions or patterns of thought surrounding the traumatic incident. Second, it tries to alter behaviors in anxiety-provoking situations. Cognitive behavioral therapy not only ameliorates the symptoms of acute stress disorder, but also attempts to prevent the development of post-traumatic stress disorder.

Psychological debriefing and anxiety management groups have also been examined for the treatment of acute stress disorder. Psychological debriefing involves an intense therapeutic intervention immediately after the trauma so that traumatized individuals can “talk it all out.” While some people have found such intervention to be helpful, others have felt re-traumatized by speaking about the situation that originally caused them distress.

What is post-traumatic growth?

Post-traumatic growth refers to the positive changes that some people experience following a traumatic event. Post-traumatic growth does not imply that the trauma itself was positive but rather that some individuals experience both losses as well as gains, such as a renewed appreciation for life, confidence in their ability to persevere, strengthened relationships, and spiritual growth.