Boston — Workers who took on extra job duties or became caregivers during the COVID-19 pandemic experienced higher levels of stress and anxiety, negatively impacting their well-being and motivation, results of a recent study show. 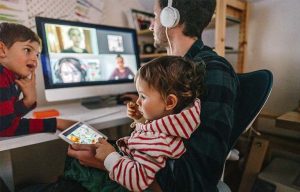 Researchers from online stress management platform provider meQuilibrium surveyed about 7,000 workers in June 2020 before conducting a follow-up with 7,500 workers six months later – about nine months into the pandemic – to examine employee well-being as well as the mental health impacts of additional workloads and new caregiving responsibilities. A quarter of the respondents reported they had taken on new job responsibilities amid the pandemic, while 20% said they had picked up caregiving duties (e.g., taking care of children and managing virtual schooling).

Meanwhile, the group that took on new caregiving responsibilities – which disproportionately affected women (24%) more than men (17%) – reported a six times greater increase in health worries, a 16% increase in burnout, two times the level of work-related stress and nearly a twofold decrease in motivation than those who didn’t. Thirty-seven percent of men caregivers and 47% of women caregivers said they had trouble finding time for self-care.

The results also show that respondents who improved their resilience skills – emotional control, energy and engagement – had small decreases or showed improvements in well-being during the second half of the study period.