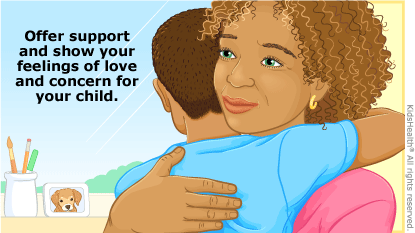 “Some Schools Press So Hard Kids Become Stressed and Fearful” was the title of a past Wall Street Journal article.  In kindergartens, playtime is increasingly being replaced by reading, arithmetic, and computers. It’s even possible to flunk kindergarten in Minneapolis and Georgia and many pediatricians and psychologists are concerned about an associated increase in stress-related problems in children.

Fast-paced competition has been blamed for symptoms of “burnout” in kids as young as age 10 or 11. Factors contributing to this trend are an increased reliance on daycare centers by working mothers which emphasize so-called “enrichment programs.”

As one nursery head noted, “We have a lot of parents wanting us to be teaching reading to two- and three-year-olds.  They say, “We’re not paying $2,000 for play. We want to see the product.”

Textbook publishers also see preschoolers as a growth market, pointing out the accomplishments of the Japanese in this regard. There has been some backlash and, in Chicago, one institute has created a business out of teaching parents and children how to play again.

The National Association for the Education of Young Children has called for an end to kindergarten admission tests and indeed any standardized testing before the third grade. Some parents are even keeping their kids out of kindergarten an extra year to keep them in play-oriented nurseries.

One of the hotbeds of controversy is the growing use of a preschool readiness test developed by the Gesell Institute for Human Development which is used by almost 207″ of the nation’s school districts.  Orders for Gesell test materials jumped 67% between 1984 and 1987 despite a federally commissioned study.  And several test reviewers who feel it is unreliable.

In one New York school last year, almost two out of every three prospective kindergarten applicants were judged not to be ready and assigned to developmental kindergarten. Parents of one child filed a complaint with the state department of education and the school capitulated and agreed to put her in the regular kindergarten.

Despite a widespread belief to the contrary, there is no good evidence that delayed entry to school results in better scholastic performance down the line. The move towards “let kids be kids” seems to be growing and parents are urging “blocks not books . . . more song and less software.”