This was originally posted in 2015, but as many American men and women remain in war zones, I offer it again as I do each year at Christmas time.

Christmas is such a family time, it’s easy to forget that there are folks who will not experience it with loved ones.

For me, that occurred during the Vietnam War. My wife and I had not even been married a year when I went off to combat.

The small tree my wife mailed to me so long ago.

It was hard for her and it was even harder for me. The family sent me a care package and my wife mailed me a box with a Christmas tree in it. The photo of the tree ties me to that day so long ago, but I have very few memories of Christmas. Note the fake snow sprayed around the mirror – why the PX had fake snow for sale is beyond me. Behind the tree is a photo of my wife that – and the fake snow — tied me to home. The only other reminder of that Christmas is the Squadron Christmas Card, which I kept. 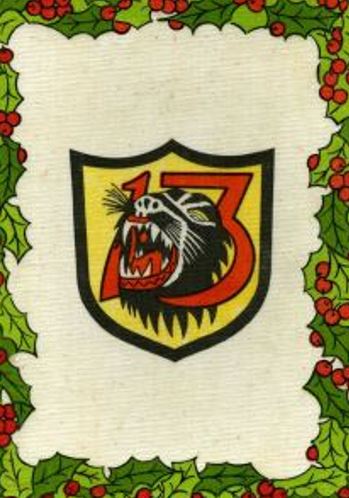 From the standpoint of the ground soldiers, our time in combat was very limited, maybe 5-10 minutes, or if you engaged with a MIG fighter maybe longer, although each mission could be as much as 5 hours long. You dropped your bombs and then went home.

Since we were in Thailand, the poinsettia trees on the base were in bloom, another reminder of the holiday, but like shiny tinsel on the tree, they only suggested Christmas. The calendar said December 25, but we hardly felt like celebrating. In that pre-email, internet, and cell phone days, we really were isolated. 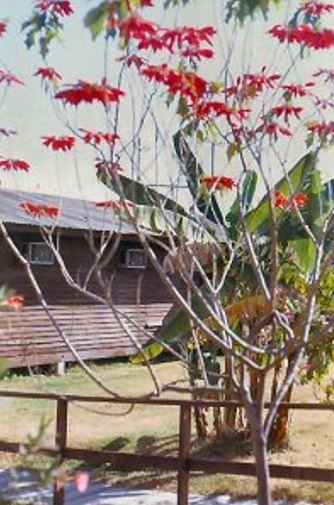 On Christmas Day we aimlessly wandered the base. I had it easy if you contrast it with others in my family. My Dad was in WW II and Korea, missing several Christmases. My uncle who died last year spent Christmas 1944 in the Battle of the Bulge. This was a particularly grim episode of the war. The army had expected a quick push and when the advance stalled, the men were ill-prepared for the December weather. Though he never, ever talked about his time in combat, he did admit that it was tremendously cold and that there were great losses. I don’t think he even celebrated Christmas.

My third great grandfather, Lt. Lipscomb Norvell, spent Christmas 1780 as a POW of the British. Enough said on that – but he did survive.

All these Christmases were terrible. There is no such thing as a good Christmas in war. The men and women who find themselves swept up in war try to cheer themselves up in whatever manner, but it is very, very hard to do.

When I say that we restlessly wandered the base on Christmas, it was just that. It was like we were disconnected. We were rootless and we didn’t really understand why.

This year, many young Americans will again find themselves far from home. They will try to be happy, but the joy will be missing. They will be rootless and not know why cut off from family and friends and all the things that make Christmas special.

Please keep them in mind and think about all that they do for you to keep you safe.

LTC (RET) John E Norvell is a graduate of Hobart College, Geneva NY, with High Honors in American History (1966) B.A. He is a member of the Druid Society, the Senior Honor Society of Hobart College. He earned a M.A. from The Maxwell
School at Syracuse University in 1968. He is a former Assistant Professor of American Social and Military History at the US Air Force Academy, retired Air Force Lt. Colonel, and decorated air combat veteran of the Vietnam War. He is a
Master Navigator and Weapons System Officer with over 1,000 hours in the F-4 Phantom II and 400 as an Instructor Navigator in other jet aircraft. As a member of the 13th Tactical Fighter Squadron stationed at U Dorn RTAFB in 1973, he flew on the last “unofficial” F-4 fighter bombing mission of the Vietnam War to launch from that base. Before his retirement, he served as the Executive Officer for the Historian of the United States Air Force in Washington, DC. After his retirement from the Air Force, he served as Director of Alumni Relations at Hobart College from 1993-2002. He has also written for various newspapers including the
Washington Post, and history journals around the county. He is a member of The Society of the Cincinnati in the State of Virginia, The
Company of Military Historians, The Air Force Navigator Observer Association, The F-4 Phantom II Society, The Red River Valley ”River Rats” Association and The Order of the Daedalians, Flight # 61st (George “Bud” Day).