Compassion training for parents may reduce their children’s stress 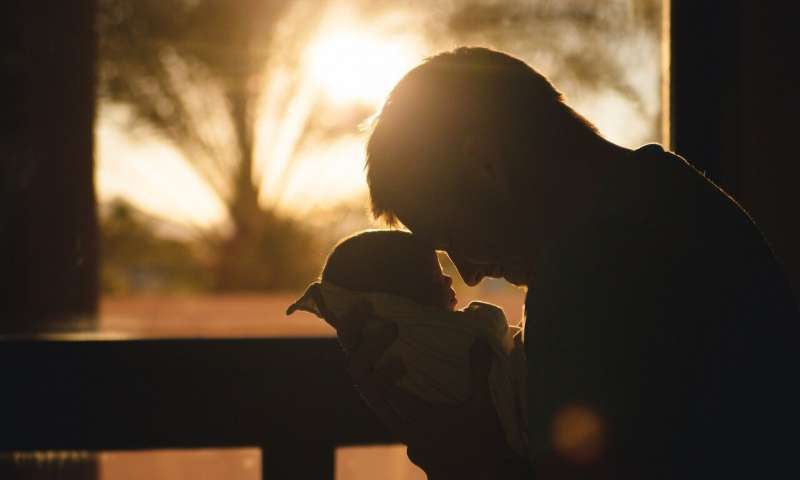 A new study from researchers at the University of Wisconsin–Madison shows that the young children of parents who take part in a compassion-based training program develop lower levels of the stress hormone cortisol over time.

Published recently in the Infant Mental Health Journal, the small preliminary study suggests that Cognitively-Based Compassion Training, a program of contemplative exercises designed to strengthen and sustain compassion toward self and others, could offer a parents a way to help their children lower their stress, says lead author Julie Poehlmann-Tynan, a clinical child psychologist and professor of human development and family studies in the School of Human Ecology (SoHE) at UW–Madison.

“We know that mindfulness-based practices work for groups including expectant parents, mothers experiencing postpartum depression, and parents of older children,” says co-author Charles L. Raison, also a professor of human development and family studies at SoHE and a professor of psychiatry at the School of Medicine and Public Health. “We wanted to investigate whether a compassion-based practice might provide a similar opportunity to benefit the very young, whose minds are deeply impressionable and for whom chronic and toxic stress can impact their future stress reactivity and their physical development.”

Cortisol is a hormone related to stress and the body’s response to a variety of physiologic factors such as hunger, fatigue, and inflammation. It can be measured from hair samples collected from children and adults.

For the study, Poehlmann-Tynan, Raison, and co-authors at UW–Madison and the University of Missouri, St. Louis, evaluated 39 parents of children aged nine months to just over five years old.

Before and after the training or control period, researchers measured hair cortisol concentrations in all parents and their children. They also gave questionnaires to parents before and after the intervention to collect information on their demographics and perceived levels of stress, parenting stress, self-compassion, and mindfulness.

Meanwhile, the scientists expected the parents in the training program, and their children would benefit and experience lower levels of stress. However, while these parents experienced small decreases in clinical levels of self-reported parenting stress, they did not experience lower hair cortisol concentrations relative to parents in the control group. However, their children were found to have lower hair cortisol concentrations after the intervention.

“This study has very promising initial findings for these children,” says Raison.

Poehlmann-Tynan adds: “It is critical to include parents of infants and very young children in this research because preventing stress-related difficulties in children is a more effective approach than intervening after problems develop.”

Original by University of Wisconsin-Madison