America has been at war for almost 19 years now – in Afghanistan, and for many years, in Iraq. Roland Van Deusen, a retired counselor for veterans based near Fort Drum, says most Americans aren’t thinking much about that.

Those suffering include military veterans dealing with post-traumatic stress disorder and other issues related to training for and fighting in those wars.

The rate of suicide among veterans is almost double what it is for people who haven’t served in the military. Veterans also deal with high rates of alcoholism and drug abuse. 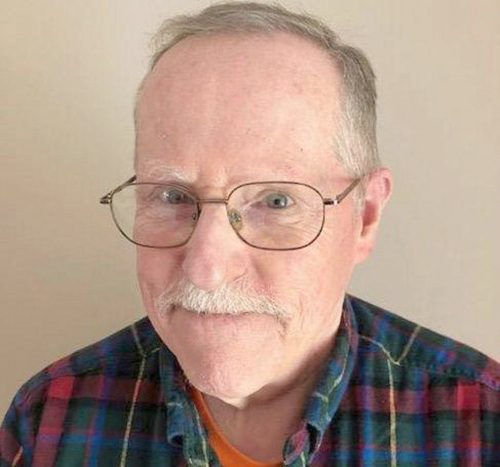 Roland Van Deusen is a retired counselor for veterans who lives in Clayton. Photo provided.
If you or someone you know is a veteran dealing with mental health issues, there’s a Veterans Crisis hotline – 1-800-273-8255.

Van Duesen, who is a Vietnam-era Navy veteran, recently wrote an article for the national magazine, Combat Stress, published by the American Institute of Stress.

In it, he argues the way to lower the suicide rate is to appeal to what veterans know best – saving their fellow servicemember.

Van Deusen also gained national attention for a video he posted about the subject: