I (and much of the world) was horrified at the murder of George Floyd last week. Unsurprisingly, protests have erupted across the country, around the world and in Dayton, Ohio. These protests have been large and passionate and therefore have necessitated that protectors (law enforcement and others) also be present to try to prevent people from getting hurt and property from being destroyed.

Because these two groups (the protesters and the protectors) occupy the same time and space, they are forced to communicate with each other. Talking seems to be easy but listening seems to be a real problem. This creates frustration and impatience between the groups, which leads each group to use things other than their voices to attempt to make their point.

As I watched this play out on Third Street in front of Sinclair College on Saturday, 30 May 2020, I tried to think of some way to improve communication so that everyone felt heard and everyone got to go home safely. What can be done to replace frustration and impatience with understanding and calm? I have had no breakthroughs, so I have done what I have learned to do. I have written down my thoughts and hope that the breakthrough will come later.

Attached are those thoughts. If any of you brilliant people can come up with the good ideas that I have not had. Please pass them on.

Tom McMurtry
(one of the protectors)

While watching television a few nights ago, I happened to see a Dove soap commercial meant to honor front line medical workers called, ‘Courage is Beautiful’. It opened with a woman in blue gown and gloves who I thought I recognized. A few pictures later, I thought I might have met the young black man with a mask around his neck. The 30 seconds ended with me looking into a pair of strangely familiar dark eyes. That is when I realized that it was not the faces that I knew. It was the look on their faces I had seen before. Many of those health care warriors had a long unfocused stare, as if they were looking at something a thousand yards to the front. Their eyes were set into faces that were unwashed, with hair that was unkempt. Many of the faces had deep marks left by wearing the same mask way too long. I had seen similar things in the faces of my Soldiers in Iraq. We were months into the war, with months to go and everyday seeming to be just like the day before. No matter how hard we worked, nothing seemed to get any better. No matter how many lives we lost, it didn’t seem to make any difference. We couldn’t run. We couldn’t quit. All we could do was get up, show up and go to work the next day and the next day and the next day. We couldn’t tell if we were winning the war. Victory for us was doing our job, helping our buddies and staying alive until our tour of duty was over. At the end of long hard days, it was not unusual to see that same mental and physical exhaustion on the faces of my men. 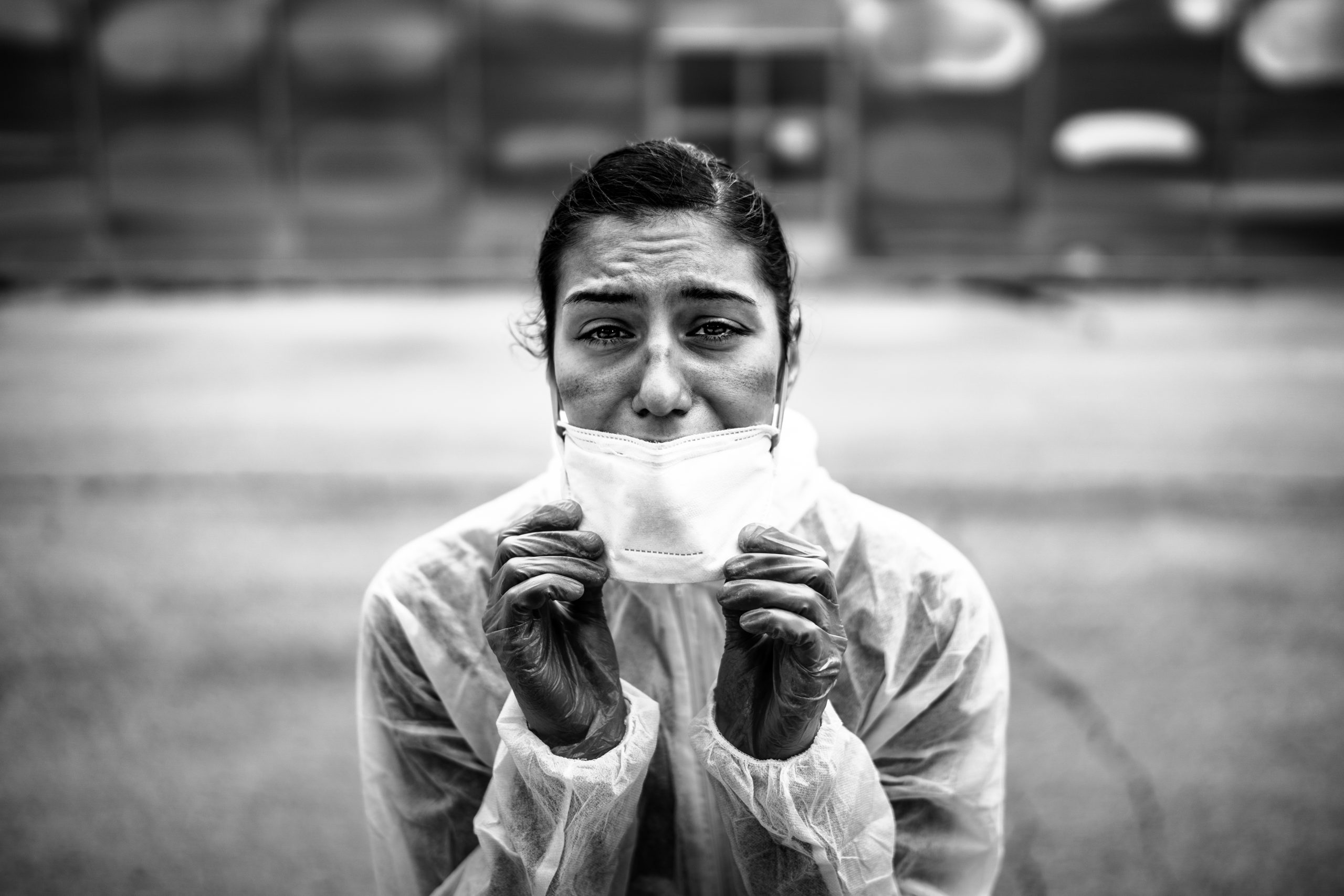 I felt kinship and empathy for these medical professionals and wished I knew them and could talk to them; but what should I say? I could tell them they are not alone or that this too shall pass or thank them for their service. I remember returning from Iraq and being told, “Thank you for your service” by many well-meaning people. I tried to always be courteous and to acknowledge their gratitude. It was uncomfortable for me because of the enormous gap between the good. I hoped to do and the good I thought I did. So, I pondered what I wished I had been told then and what I could now say to medical workers under combat level stress battling the coronavirus. I decided that I would thank them and then offer them three thoughts:

First, find someone to talk to and get help if you need it. I know that may seem like two different thoughts, but I have found them tightly linked. I am sure that you know healthcare workerswho take justifiable pride in their physical and mental toughness. I know the type. After retiring from the Army, I became a police officer and a college professor. Rugged individuals in all professions tend to shake off problems rather than seek care. Years ago, I was training to run a marathon, when I felt something pull in my left calf. I tried to just walk it off, but days later I was still limping. My boss ordered me to have it checked out. I had a torn tendon, which caused me to be off work for a month and to miss the marathon. Had I sought care sooner, my recovery would have been easier and shorter. There are many mental health indicators that should not be ignored, such as nightmares and flashbacks. I have had both and (regrettably) shook them off without seeking care. I know better now. I believe having a confidante is key. If you were to ask your co-workers how they are. I suspect most would tell you that they are fine. It may be true, but it also may not. Not all wounds show. A better (if somewhat awkward) question would be “Do you have someone to talk to?” If they say no, volunteer to be that person. If they tell you that they have someone at home to speak to, volunteer to be that person at work. Listening is also providing care and may lead those who need professional help to seek it. There is enormous pride to be taken from what you do, as long as there is also absolutely no shame in asking for help.

Second, keep your humanity. This sounds easy enough. Both I and perhaps some of you became who we became because we wanted to make bad situations better and help people who were in trouble; even if it was just a little. Yet, a thick skin quickly develops, often followed by a hardened heart toward those who are in trouble. This is a natural and often necessary defense mechanism in order to maintain professional focus when things get hectic. I once left a young man screaming in pain to attend to someone who was not making any sounds at all. We push through these periods of great stress with trained emotional detachment. Those receiving care almost stop being people to those providing care. Having been a patient, I found the reverse can also be true. Those providing care can almost stop being people to those receiving care. I can’t tell you how, but you need to find ways to keep your humanity. I have found small acts of kindness to others in quiet moments to be extremely helpful. This will not only help you; it will also help those you serve to keep their humanity.

Finally, this experience will change you. Early in 2003 and only days before I deployed for the invasion of Iraq, I was given a two-day pass to spend with my family. As part of saying goodbye, I promised my wife that I would return to her and that the war would not break me or change me. My promise was heartfelt, well intentioned and ultimately untrue. Nobody fighting their way through a war or a pandemic will emerge on the other side unchanged. Don’t let this be a surprise or a disappointment to you. Whenever this is over, you will need to find your new normal and discover the new you. You are heroes. Know that you are loved and respected by many, many people who may never get the chance to tell you. Thank you for your service and your beautiful courage.

(Inspired by the faces of the medical workers fighting to save victims of the Covid-19 virus.) 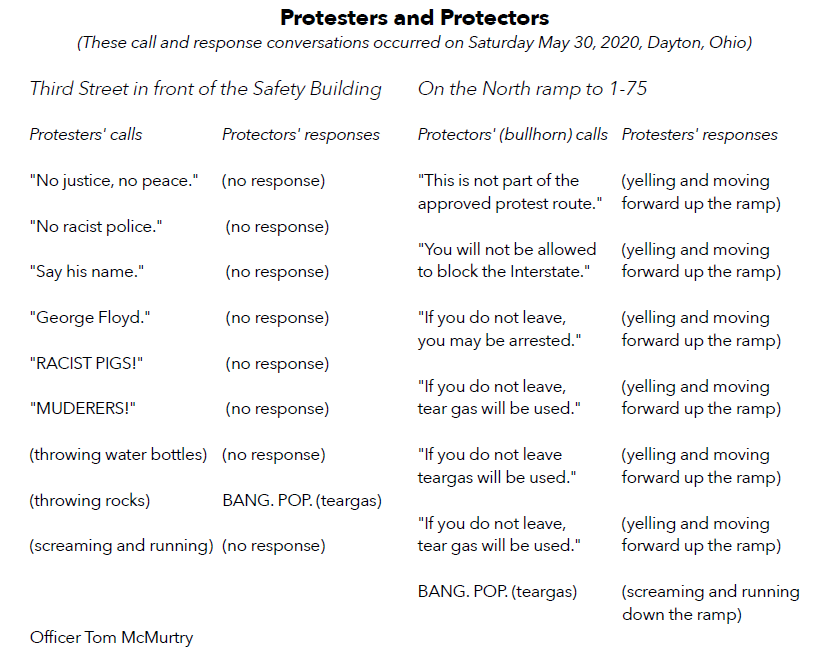 Dear colleagues, co-workers and friends,
I am retiring today, and I wanted to take a moment to thank you for the many kindnesses I have received while working here. I have had amazing opportunities to learn and grow both professionally and personally during my 15 years of service as a police officer, which has included many interesting calls for service. I have found the lost parents of a small child and the lost diamond ring of a faculty member. I have stopped j-walkers and bad drivers. I have chased a deer out of Lot C and helped a mother duck get her ten ducklings across Fifth Street during fall traffic. I have fought to save life and won. I have fought to save life and lost. I have laughed from the back of the room during town hall meetings and I cried when I was thanked for my response to the Oregon District mass shooting. My time here at Sinclair has been fulfilling and rewarding. When combined with my time in the U.S. Army I have served as a ‘protector’ for 46 of my 65 years. I can think of no better way to have spent my adult life. It has been a great run. 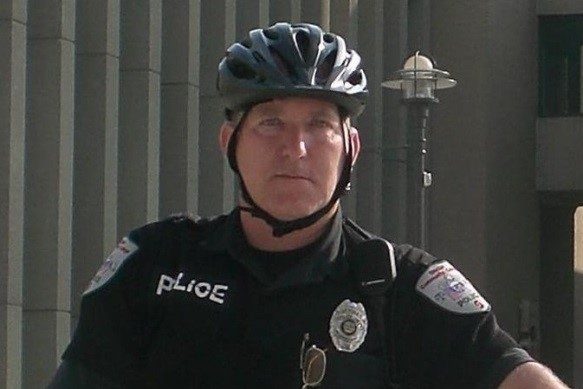 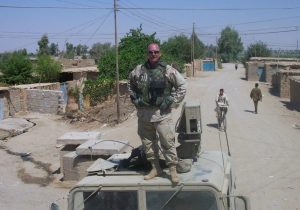 Officer (RET) Tom McMurtry, Sinclair Police Department, has served as a patrol officer for almost 15 years. He came to police work late in life, attending the police academy at the age of 49. He has served as a Field Training Officer, Evidence Technician, Crisis Intervention Officer, and bicycle mechanic. He received the Distinguished Action Award for his response to the mass shooting in the Oregon District of Dayton, Ohio on August 4, 2019. Officer McMurtry retired from the Sinclair PD in July of 2020.

Captain (RET) Tom McMurtry, U.S. Army Special Forces served on active duty and as a reservist for more than 30 years. He was a paratrooper for 24 years and participated in the invasion of Iraq in 2003. He is the recipient of several awards including the Bronze Star, Meritorious Service Metal, Army Commendation Metals, Army Achievement Metals, Master Parachutist Badge, HALO Parachutist Badge and the Special Force Tab.