This Winter 2021-2022 issue of Combat Stress has been in preparation during the tragic, chaotic pullout of American troops, United States’ citizens and ambassadors, and Afghan citizens following the United States’ twenty-year commitment in Afghanistan to root out al-Qaeda and the Taliban; this in order to build a nation of democracy and peace. 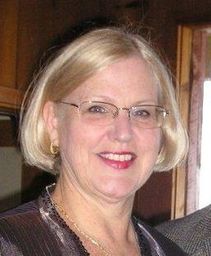 We cannot yet measure the mental health consequences on our Service Members and Veterans who valiantly sacrificed years of their lives in support of this mission, while watching the humiliation of our country and our military. Nor can we measure the consequences on U.S. and Afghan citizens who remain stranded in Afghanistan, in fear for their lives and livelihoods and abandoned by broken promises. The mental health community has already assisted millions of Veterans who struggle with post-traumatic stress, moral injury, and the physical injuries of their military service. We now face assisting not only our Service Members and Veterans, but the refugees airlifted and the troops who participated in and witnessed horrific conditions during the pullout.

This issue is dedicated to each of the Service Members still in uniform and all Veterans who served in Afghanistan and Iraq. It offers a message of hope for healing from trauma, be that from physical, spiritual, cognitive, and/or emotional wounds. In this issue, we focus on these avenues of support and healing:

It has been several years since Combat Stress has featured the expressive arts as healing interventions (see January 2016 issue). At that time, our issue, edited by Combat Veteran Travis Martin PhD and me, highlighted grassroots efforts by Veterans for Veterans. This included writing, movement/dance, drama, art, and music. Since then, and included in this issue, there has been an explosion of sorts in the Veteran community in the world of music. These fall into three categories:

Music therapy for Veterans. Music therapy requires formal academic and clinical training, as well as certification. Music therapists have worked with Veterans and other populations for decades, providing the balm of sound, rhythm, song, and individual and group music-making as a means to process and express their service-related traumas, reconnect with others, and move forward.

In this issue, we present three extraordinary contributions to the field of music therapy with Veterans, two by music therapists and a third by a combat Veteran who is studying to become a music therapist.

Next, we move to music therapy offered within some Veterans Administration Medical Centers. Sarah Miller, Music Therapist, provides an overview of music therapy and a moving example of the healing power of songwriting and singing by a Veteran, 25 years after his war trauma.

This is followed by the remarkable journey of Mark Sauza, a Combat Marine Veteran who charts his story from military service to PTSD with suicidal ideation, to his initial experience as a music therapy patient, to his current pursuit of his music therapy degree, with the goal of serving other Veterans through music therapy. There cannot be a more powerful testament to the power of music therapy. These three articles stand as testimonials for the critical need for music therapists within every military medical center and Veterans Administration Medical Center, in addition to the absolute need to expand music therapy training programs to meet this need.

Nonprofits offering musical experiences for Veterans. These include national and local opportunities, including songwriting, guitar playing, singing, bands, and other musical genres. For the most part, these are offered to Veterans by Veterans. A comprehensive list of music engagement experiences for Veterans can be found on the nonprofit Operation We Are Here (https://www.operationwearehere.com/musictherapy.html), which offers a treasure trove of many resources for Veterans and their families, including the making of and listening to music.

I refer to these nonprofit organizations as grassroots efforts. They include 1:1 musical instruction, songwriting, choral groups and bands, and retreats focusing on the healing power of music. These efforts have been largely driven by Combat Veterans for almost two decades, expanding nationally in the absence of Veterans’ limited access to music therapy. Examples include:

Our article by Connie Baptiste, USAF Veteran, speaks to the power of her writing and recording her own song with Jason Moon’s Warrior Songs nonprofit. Her article also poignantly illustrates the Moral Injuries inflicted on Non-Combat Veterans during their service, with an emphasis on women of color and their need for healing, along with those who have been traumatized in combat.

Veteran musicians working as professionals in the music industry across all genres of music. Some Veterans have used music as a healing intervention for themselves and now write and produce music specifically for other Veterans to heal. One example is “Doc” Todd, who found healing in his rap lyrics and music (beginning with his first album Combat Medicine) and now encourages other Veterans to do the same. Professional Musician Veterans have expanded their music beyond reflecting on their military experiences to other themes/issues, and/or have embraced music for its entertainment value and as a source of income. Still others are Veterans with no military-related trauma, but have talent, passion, and skills to compete successfully in the music industry. United States Veterans Artists Alliance (USVAA), based in Los Angeles and led by Veteran Keith Jeffreys, is an example of a national network of professional Veteran artists representing and promoting all genres of the arts (www.usvaa.org).

The Expressive Arts: Writing and Art. Music is only one of the many expressive arts in which Veterans process their traumas. In our final article on healing through the expressive arts, Michelle Dallocchio, a Veteran and an accomplished expressive artist, as well as a clinical social worker, illustrates (literally and figuratively) the path on which every Veteran can begin his or her journey toward healing through the expressive arts. In a masterfully crafted integration of Joseph Campbell’s Heroes’ Journey, she guides readers through a stepwise process of identifying and writing (a part of) their story in three stages. Dallocchio’s article not only gives us a template to initiate this process (with or without clinical assistance), but also provides us with beautiful visual illustrations using her own artwork.

Each of these articles illustrates the power in healing through music, writing, and the expressive arts. Across cultures and backgrounds, each of us has been exposed to the arts and can learn to access them for our own healing, restoration, and creation of moments of joy and release.

The Lifesaving Impact of Service Dogs for Veterans with PTSD.

This issue also has the privilege of including two major voices. Vicki Topaz and Mary Cortani, who are making tremendous contributions in the field of service dogs for Veterans with PTSD and other service-related mental health issues

The first article by Vicki Topaz describes a soon to be released extraordinary documentary. DOG WALK HOME, which follows three Veterans who obtain service dogs for their respective military-related traumas. Each of these Veterans allowed Vicki and her filmmaking team to follow them through their journeys with their service dogs, to document the powerful relationship between Veteran and service dog, and to demonstrate the healing power of each dog in each Veteran’s life and family relationships. This film will be released in early 2022, with the goal of sharing the possibility of service dog access to many Veterans who are in need, as well as informing the public of this valuable and powerful relationship. Of note, we mourn the passing of the film’s Director and Cinematographer, Wynn Padula, who died unexpectedly during filming. DOG WALK HOME is thus a testament to his service on behalf of our Veterans and to the resilience of the film’s team to continue the work to fruition. We at Combat Stress encourage readers not only to read about the film, but to request it in your local theaters in 2022.

The second article by Mary Cortani, Veteran and service dog provider/trainer, gives readers an outstanding description of the process of training service dogs, matching each dog to a Veteran, and the rationale for service dogs for Veterans with mental health needs. Mary started Operation Freedom Paws over a decade ago and is one of the premier service dog trainers/providers in the United States.

The timing of our highlighting their voices coincides with the upcoming 2022 release of DOG WALK HOME, a major documentary produced by Topaz and her colleagues, and two major breakthroughs in Veteran access to service dogs:

Together, these finally pave the way for funding and access to service dogs for Veterans with mental health issues who have desperately needed support dogs to assist them in their daily functioning and recovery from traumatic stress, anxiety, depression, and other mental health issues. These have left them isolated and fearful of community, and in many cases family interactions.

On behalf of the Editors of Combat Stress and AIS, we extend our blessings to all Service Members, Veterans, their families, our contributing authors, and our readers as we close out this year.