A judge enters his court of law in the morning with great gestures of assurance and ebullience. His job is to deliver justice through his persistent decisions supported by investigations, evidence, facts, and logic. Studies show, as the day passes, the level of energy in human beings starts to diminish, and the graph of efficiency lowers by the evening. It is, therefore, suspected that legal decisions concluded by men of justice during the second half of the day might be influenced by workplace stress and fatigue. This is the burden of making decisions that magnify the tendency to make erroneous decisions.

The modern man is tired of making minor decisions for determining many points every day. What to wear and how to look like today? What to cook for dinner? Which restaurant to dine in? Which carbonated drink to buy? When to go for shopping? Where to go for a picnic? What to gift on the wedding of a friend? Which saving plan to consider for the future? All these decisions require a quick assortment of alternatives in the personal lives of the masses. The volume of decisions made at workplaces is enormously high.

Choosing from among inconsequential choices in routine life requires unnecessary brain work, and results in apprehension and unhappiness. Chronic unhappiness wastes leisure time and may even be a reason for mental illness. Decision-making is a temporal task. The average time a person takes to make a small decision spans to two minutes. If a representative adult takes one hundred trifling decisions daily, he or she is most likely to allocate more than three hours to decide on unimportant things, which equals 12.5 percent of a day.

There is a great deal of decisions parents take from dawn to dusk. Which place to take the children for spending some time? Which relative to meet at the weekend? Which play area to go in the evening? Which salon to go for hairstyling? More the burden of decisions more the propensity to making wrong ones. One way to manage the critical stuff is to fix the choices for a considerable period of time and proceed without taking pains in daily life. 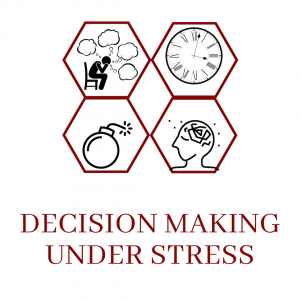 The ‘decision theory’ takes into account the psychological patterns and philosophical judgments. Monotonous decisions are invariably certain whereby the stakeholders have a great deal of information about the alternatives available. It has been noticed that the volume of unnecessary decisions multiplies with the increase in wealth of social agents. More money unconsciously motivates human beings to engage themselves in more activities, and hence the likelihood of decision tiredness tends to increase.

Being a developing country, Pakistan’s masses are burdened about the prevalent social stress caused by socioeconomic factors

Deciding amongst different options and substitutes, consistently throughout the day, are grounds for mental fatigue, which further sets the stage for stress, anxiety, anger, depression, grief, eating disorders and insomnia. In China, 86 percent of the adult population is suffering from workplace stress. According to Lifeline Australia, 50 percent of Australians feel stressed about at least one walk of their individual life. Around 80 percent of workers report job-related stress in the US, as revealed by the American Institute of Stress. Where does this stress come from? Most probably, the incessant process of making decisions at workplaces and personal lives brings the about stress-the mother of all diseases.

Being a developing country, Pakistan’s masses are burdened about the prevalent social stress caused by socioeconomic factors. Most Pakistanis are inclined to process a decision even if there is only one choice available. The littlest decisions in developing countries are made very frequently, which keep the human mind in a monotonous cycle and ruin mental health in the long run.

People who do not have clear partialities about their liking and disliking need to take more decisions throughout the day. Their cycle-time for processing one decision is usually greater than ones who have a sharp and sustained approach towards their choices. Risk-averse people also require more decision-making. 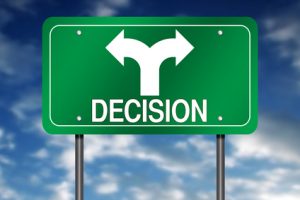 The therapy is simple. Just stop deciding between choices of colors, places, dresses, and other trivial things! Making choices clear by getting complete knowledge of everyday matters could reduce loads of redundant decisions. For couples, it is quite easy to maintain a level of understanding, which could relieve the burden of unnecessary decisions by lessening the number of questions to each other.

There are hugely important things to think about. Preferring the important things in life could set the human brain free from indulging in the surplus stuff. Segregating the responsibility of making decisions among the members of the family could be instrumental in this regard. Another tactic to get rid of weariness caused by perpetual decisions is to take exercise regularly. It could beautify life by managing the level of stress.