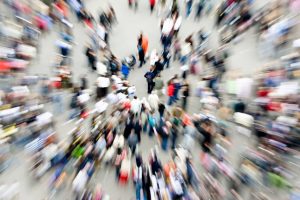 This year’s Stress in America survey by the American Psychological Association might make you feel not so all alone.

It was the best of times, it was the worst of times … or so it seems, depending on who one follows on Twitter. To say the least, these may be the strangest of times.

Gone are the days when we had to worry about Cold War bombs, killer bees, and the Bermuda Triangle. Now, there is a whole host of new things to keep Americans stressed out – and the American Psychological Association (APA) is here to tell us about them.

Every year, the association conducts its Stress in America survey; this year was conducted online within the United States by The Harris Poll between August 1 and September 3, 2019. It included 3,617 adults, ages 18 and older, with weighted data based on the 2018 Current Population Survey by the U.S. Census Bureau.

And so what’s keeping us up at night? And sadly, keeping us inside as well?

As you can see below, around one-third of Americans worry about this when they go out, and nearly the same amount report that the fear is such that they don’t go to certain events. Almost a quarter of Americans say that fear of mass shootings has changed how they live.

Hot on the heels of stress about mass shootings is concern about health care, with 69 percent of us fretting about our medical needs. According to the APA, “Among adults who experience stress about health care at least sometimes (47%), the cost of health care is the most commonly cited source of that stress (64%). Adults with private insurance (71%) are more likely than those with public insurance (53%) to say the cost of health care causes them stress. More than half of adults overall (55%) worry that they will not be able to pay for health care services they may need in the future.”

Three out of five adults (60 percent) report that acts of terrorism are a source of stress for them. While 56 percent of Americans identify the upcoming presidential election as a significant stressor, an increase from the 52 percent of adults who reported the presidential election as a significant source of stress when asked in the months leading up to the 2016 contest. That the 2020 election is still a full year away suggests that this number could take a few leaps and bounds in the next months.

From the report: “Since APA first asked in 2017 about how people feel about this point in our country’s history, more than half of Americans have said that this is the lowest point in our nation’s history that they can remember (56% in 2018 and 59% in 2017). This year, the same holds true, with more than half of adults (56%) agreeing with this statement. Black adults are most likely to say this is the lowest point in the nation’s history that they remember (72%), but at least half of adults in all other racial and ethnic groups say the same (58% of Hispanic adults, 55% of Native American adults, 53% of White adults and 53% of Asian adults).”

If you are wondering about stress levels caused by the climate crisis, we are at 56 percent there – a significant increase from last year, when only 51 percent of us were stressed by it. Stress about sexual harassment is also on the rise, going from 39 percent in 2018 to 45 percent in 2019.

We are also feeling stress about Immigration – with 48 percent of us citing immigration as a stressor, and even more people (58 percent) wishing there were more they could do to help immigrants. Among those feeling the most stress on this topic, the survey found that Hispanic adults are most likely to identify immigration as a stressor (66 percent), followed by Asian (52 percent), Native American (48 percent), black (46 percent) and white (43 percent) adults.

On a brighter note, fewer people are citing the economy as a significant source of stress. So there’s that.

But there’s more to this story than just a catalog of stressors. More than 75 percent of American adults report physical or emotional symptoms of stress, such as headache, feeling tired or changes in sleeping habits – not to mention the toll that stress demands from our health. The effects of stress can be seen in harm to our musculoskeletal system, respiratory system, cardiovascular system, endocrine system gastrointestinal system, nervous system, and both female and male reproductive systems. (See more on each of those here.) And many of our health problems are linked to stress; it appears to worsen or increase the risk of conditions like obesity, heart disease, Alzheimer’s disease, diabetes, depression, gastrointestinal problems, and asthma. Simply put, a chaotic world does not do the mind or the body good.

“There is a lot of uncertainty in our world right now – from mass shootings to climate change. This year’s survey shows us that more Americans are saying these issues are causing them stress,” said Arthur C. Evans Jr., Ph.D., APA’s chief executive officer. “Research shows us that over time, prolonged feelings of anxiety and stress can affect our overall physical and mental health.”

The APA has a lot of resources for dealing with stress, which can be found here – and if it’s not too stressful, you can download the full report here: Stress in America 2019.

As for me, it’s time to turn off Twitter, have some tea, and at least be thankful that I no longer fret about killer bees.