Heart disease tops cancer as leading cause of death. SC doctors say stress is to blame. 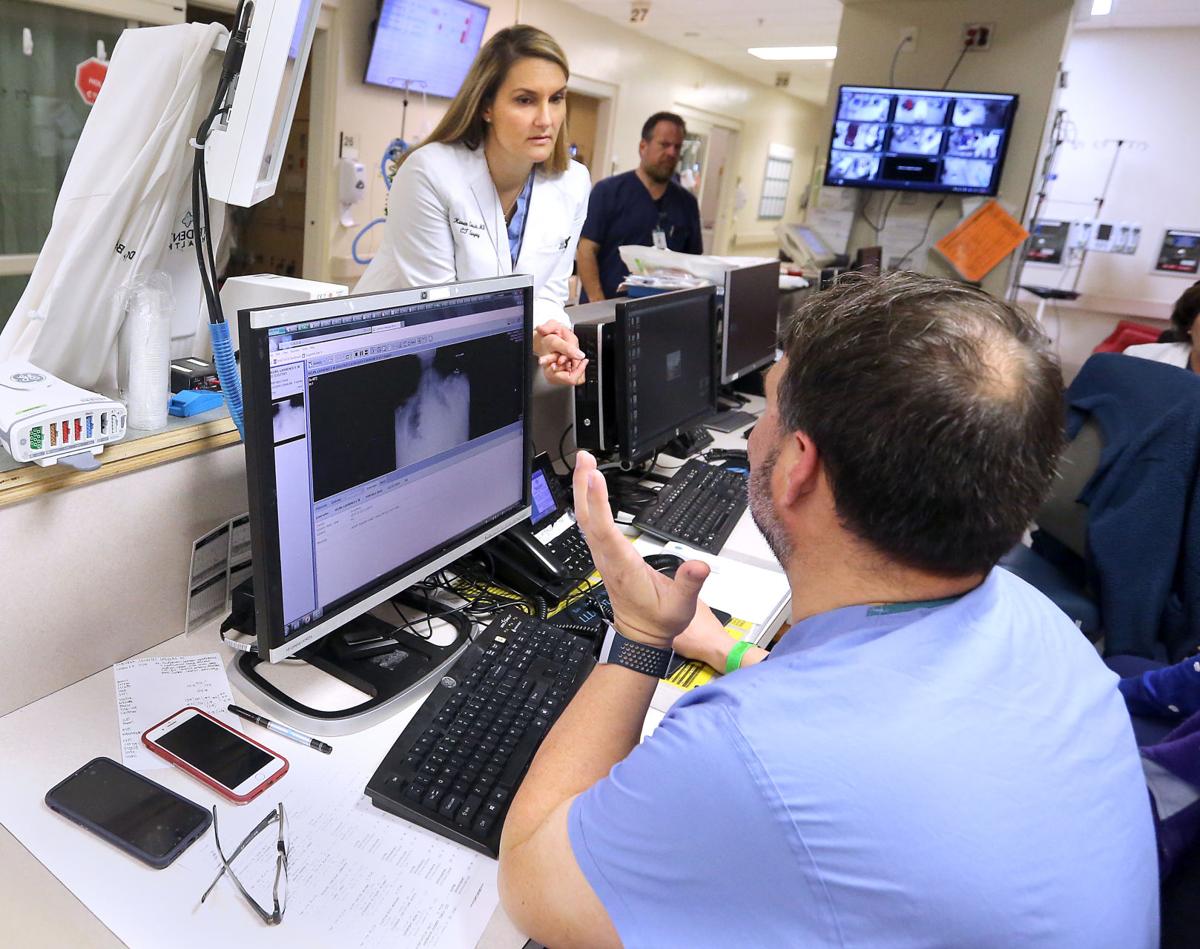 Dr. Karen Gersch, a heart and lung doctor at Trident Medical Center, checks in with Dr. James Brenner while making her rounds in the ICU. Gersch believes heart disease can be caused by ongoing or acute stress. Brad Nettles/Staff

Millions of Americans are losing their lives to heart disease at rising rates and there is a possibility that, in some cases, stress plays a pivotal role.

But considering that there isn’t a lot of data directly linking stress to heart disease, some might wonder why their doctors still bring it up in reference to their heart health.

On whether it plays a role or not, “We don’t necessarily need to have the data behind us to say yes or no,” said Dr. Karen Gersch, a cardiothoracic surgeon at the Trident Medical Center.

As a result, studies have shown the effect of diabetes, hypertension and smoking have in feeding cases of heart disease. When it comes to stress, that information is limited.

And the American Heart Association agrees that more research is needed to highlight the relationship. But Gersch said that most physicians know anecdotally what impact stress can have on the heart. She and other experts note that for most people it’s the behaviors that come as a result of stress that feeds into heart disease.

“The most important thing about stress is how you deal with it,” said Dr. Scott Smith, a Mount Pleasant-based family physician.

A lot of people deal with what is referred to as chronic stress, Gersch said. These are things that are typically burdensome on a consistent basis. One example she gave is financial issues like struggling to pay bills.

Because that can be something that is a consistent source of stress, some people may pick up habits like heavy alcohol consumption, smoking, and overeating to cope.

“That leads them to an unhealthy lifestyle,” Gersch said.

Those unhealthy habits can potentially lead to issues with weight gain, hypertension, and diabetes. And Gersch said that experts and most people already know those folks are at a higher risk of heart disease.

This is why when Smith approaches patients about stress, it’s typically centered on their coping mechanisms, he said.

“A lot of times I will ask patients how do they relieve stress, and many will say nothing,” he said.

But the stress risk doesn’t just end by kicking some of these unhealthy habits. There is also an acute stress risk, Gersch said. This can be where the adrenaline from a person’s fight or flight response feeds through their body.

According to Johns Hopkins Medicine, this is where emotional stressors like grief, fear, and anger can cause severe heart muscle weakness. Gersch said a lot of these cases were seen during the economic crash in 2008.

“It will kill you,” Gersch said.

That’s what happened with Summerville resident Ja’net Bishop’s husband. In May of 2015, Bishop lost her husband in his sleep due to complications surrounding stress cardiomyopathy.

At the time, she said that she and her husband weren’t really focused on living a balanced lifestyle or one that considered self-care and properly coping with stress.

They were both veterans who were used to being mission-focused and not so much self-focused, she said.

“For some of us, it catches up to us before we can change our lives,” she said.

Now, the former Georgia school principal dedicates her life to wellness and teaching others how to do so. After doing some grief work when her husband passed away, she was introduced to the eight dimensions of wellness.

The one she struggled with the most was financial. She said she had to be more financially responsible to at least try to limit the burden.

For her, focusing on the dimensions of wellness has been a great way to re-center herself and live a lifestyle that doesn’t reflect the one that unfortunately led to her husband’s passing.

Smith and Gersch believe that to be the key to limiting the impact of stress on heart health. There is no way to completely live a stress-free life, they said. Sometimes things like financial troubles don’t easily go away.

But people should take time for themselves to make sure they are managing stress properly. The experts advised things like getting enough exercise and sleep as being good places to start.

Generally, stress is relative — it’s not something that can be measured, Gersch said. So there will likely never be any definitive data linking stress and heart health, she said.

In the meantime, while not everyone can afford to take a stress-relieving trip to Hawaii, she mentioned that people can do small things like taking walks or network with support groups.

“You have to take the first step,” she said. “It looks different for all of us.”