How Emotional Stress Can Kill You

*This is an article from the Winter 2021 -2022 issue of Contentment Magazine.

As American Institute of Stress members know, fear and anxiety are harmful to health, but how this happens has remained unknown. Now, for the first time, the mammalian stress mechanism explains how emotional adversity promotes disease and death. However, emotional adversity seldom acts alone. It synergizes with other environmental stressors including pollution, pathogens, radiation, toxic chemicals, surgery, and trauma to induce stress mechanism hyperactivity that causes disease. 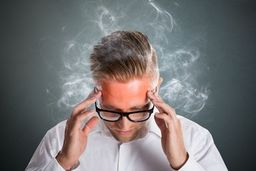 The mammalian stress mechanism is ubiquitous throughout the body. It consists of the following elements:

This diagram of the stress mechanism illustrates its various elements, relationships, and effects: 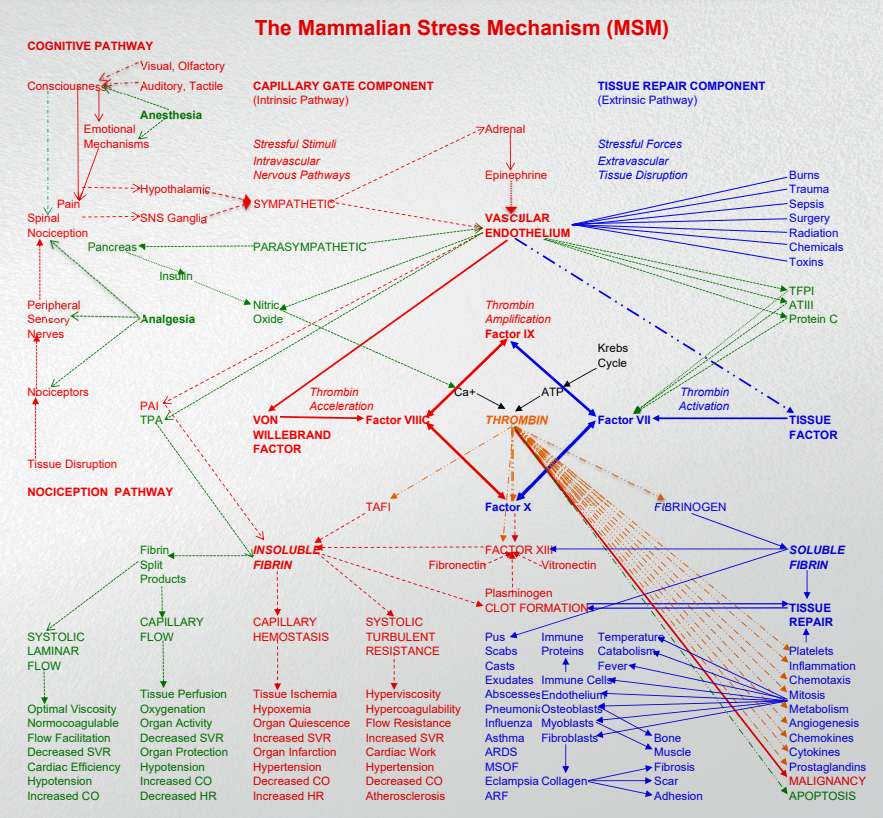 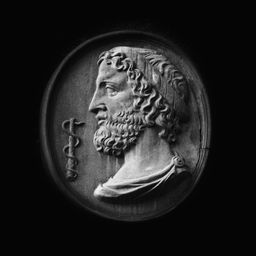 The Stress Mechanism and Disease

The stress mechanism operates continuously, efficiently, and unobtrusively to repair tissues and regulate physiology, but like any mechanism, it has limitations. When its limits are exceeded, it wastes and depletes its substrates, generates harmful or defective excesses of its products, and produces a bewildering blizzard of destructive disease effects that disrupt physiology and damage organs and tissues, and variously manifest as fever, fatigue, malaise, inflammation, immune activity, cell proliferation, tissue edema, pus, exudates, rashes, pustules, hypercoagulability of blood, organ dysfunction, dementia, delirium, sclerosis, infarction, accelerated capillary senescence, atherosclerosis, and amyloidosis.

Illnesses do not come upon us out of the blue. They are developed from small daily sins against Nature. When enough sins have accumulated, illnesses will suddenly appear. — Hippocrates

Certain stressors, especially bacteria and viruses, produce distinctive stress mechanism reactions that enable their diagnosis, and this, combined with germ theory and cell theory, has fostered the notion that each disease is a separate entity unto itself that must be diagnosed and cured using specialized treatments. This viewpoint fails to explain the commonality of disease manifestations (e.g., fever, fatigue, malaise, inflammation, edema, rashes etc.) and the associations of seemingly unrelated diseases. For example, diabetes, hypertension, obesity, and cancer are closely associated. Stress theory explains these observations. It indicates that disease usually results from combinations of environmental stresses, and that universal treatments that restore normal stress mechanism activity and organ function are beneficial in all forms of disease.

The spinal cord nociception pathways also communicate nociception to sympathetic ganglia located in the neck, chest, and abdomen. These ganglia release von Willebrand Factor (VWF) from the vascular endothelium into flowing blood, which accelerates thrombin generation to produce insoluble fibrin that enables coagulation and capillary hemostasis to stem blood loss in the event of trauma.

In the absence of trauma, sympathetic nervous activity generates insoluble fibrin to enable a “capillary gate mechanism” that regulates microvascular flow resistance. This determines cardiac output, cardiac efficiency, tissue perfusion, tissue oxygenation, and organ function in accord with autonomic balance. This is normal stress mechanism operation. However, when sympathetic nervous activity is prolonged and excessive, it invites infarction, systemic inflammation, and amyloidosis that causes chronic illnesses.

The memory mechanism automatically retains a detailed audiovisual “movie” of all waking moments from infancy to the end of life. This was accidentally discovered by Dr. Wilder Penfield, a neurosurgeon who sought to control epilepsy by surgically excising damaged brain tissue. He inserted tiny electrodes to stimulate various portions of the brain in conscious patients and his electrodes elicited childhood memories. Years later a patient named Jill Price sought the help of memory experts at UC Irvine because her distracting memories disrupted her ability to function.1 The UC professors confirmed her condition and called it “Hyperthymestic memory.”2 Since then, several other patients have been discovered. Milder cases manifest as “photographic memory.” The actress Marilu Henner of “Taxi Driver” fame enjoys this condition, because it enables her to effortlessly memorize acting scripts.

The Necessity of Sleep

Prolonged sleep deprivation is lethal in most people, but there are those who don’t require sleep or dreaming.

Prolonged sleep deprivation is lethal in most people, but there are those who don’t require sleep or dreaming. They remain awake through the night reading books or otherwise entertaining themselves and enjoy normal longevity. Thus, the emotional mechanism appears to serve little purpose in humans, whose superior intelligence enables them to avoid the life-or-death circumstances that bedevil wild animals.

Spinal cord damage in the neck around the level of T4 abolishes both ascending nociception from the spinal cord to the brain and descending inhibition of nociception from the brain to the spinal cord. This creates a dangerous condition called “autonomic dysreflexia” in which the victim can no longer perceive nociception as pain in tissues below the level of the injury, but stimulation of those tissues can harmfully increase sympathetic nervous activity that threatens organ damage or even death. This predicament afflicted the actor Christopher Reeves when he was flung off a horse, broke his neck, and became quadriplegic. Unsurprisingly, he survived for only ten years after the accident, and died prematurely at the age of 52. 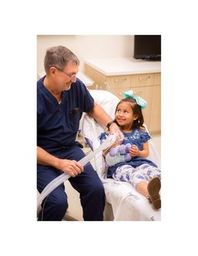 The combined activities of the memory mechanism and the dreaming mechanism explain how animals adapt to changing environmental circumstances. For example, guinea pigs trapped in wire mesh initially exhibit extreme alarm and struggle to escape, but after a few days of such confinement they appear to accept their predicament and cease to struggle. Nevertheless, the unceasing emotional stress reduces their life span. A more natural example was provided by the re-introduction of wolves to Yellowstone National Park. In the absence of wolves, the Yellowstone caribou learned to linger near streams and rivers where water and grass were abundant, and they gradually destroyed the trees where they lingered. The caribou were familiar with harmless coyotes and were not alarmed by their first encounters with wolves, but they soon learned the difference, and preferred open spaces where they could detect and avoid wolf attacks. They exhibited extreme nervousness when obliged to approach water sources surrounded by dense vegetation.

Emotional memory can mimic reality, especially when the dreaming mechanism dramatizes distressing memories. Such memories are subconsciously re-activated by environmental circumstances, and they can induce panic and sympathetic nervous activity that undermines health in the same manner as the original events. For example, the memory of a traumatic dental experience can be re-activated by the sound of the dentist’s drill, or the sight of an approaching needle. They can be so frightening as to necessitate general anesthesia to enable ordinary dental treatment. Such emotional memories explain the nature of PTSD (post-traumatic stress disorder) where people experience subconscious recall of automobile accidents, combat events, and so forth.4 Sedatives can prevent such troublesome memories, but once established they are notoriously difficult to treat.5-7 Tranquilizers suppress their anxiety, and opioids can mitigate their perception of pain, but the memories persist and re-occur, and invite addiction. Furthermore, tranquilizers and sedatives, including alcoholic beverages, are inherently toxic, and they damage tissues and promote disease with persistent exposure. Stellate ganglion blocks can mitigate the harmful sympathetic nervous activity associated with troublesome memories, but they require special training and entail risks.8 Experimental evidence suggests that drugs can disrupt fearsome memories, but they also invite toxicity.9

The mammalian stress mechanism explains why emotional adversity is a major contributing environmental factor in disease causation. It explains the “placebo effect” wherein sick patients improve when they are assured that they have received effective treatments, even though they have received only sugar pills with no medicinal properties. It likewise explains “Voodoo death” as described by Cannon.10 Whenever possible, patients should be removed from stressful circumstances such as job stress and marital stress. Cancer patients should never be frightened by the news of their dismal prospects, and placing sick patients in clean, comfortable, caring, and pleasant surroundings can promote their recovery from sickness. Surgery patients should be pre-medicated to improve surgical outcome. 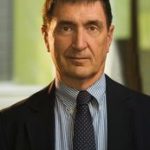 Lewis Coleman, MD, FAIS is a board-certified anesthesiologist who completed his BS degree in biology at Ohio State University, earned his MD degree from New York Medical College, and completed his surgical internship and anesthesiology residency at UCLA, followed by 40 years in private practice. Coleman’s basic sciences instruction at NYMC miraculously coincided with the two-year sojourn of Dr. Johannes Rhodin, a famous Swedish pioneer of electron microscopy who was retained by the school to upgrade its curriculum. Dr. Rhodin was an expert on the stress theory of Hans Selye. His stress theory lectures devastated the dogma of classical physiology and convinced Coleman that stress theory represented the future of medicine. Many years later, these lectures miraculously enabled Coleman to identify Selye’s long-sought stress mechanism. Thus identified, the stress mechanism enables Selye’s “Unified Theory of Medicine” that promises a new era of health, longevity, and freedom from the eternal curse of disease. Its implications exceed the bounds of medicine and confer a “unified theory of biology” that explains embryology, extinction, evolution, ethology, intelligence, anatomy, taxonomy, the Cambrian explosion, and dinosaurs, and resolves the disparities of Darwin, Lamarck, Baldwin, and saltation. Its distant implications reside in the realm of science fiction. His website http://www.stressmechanism.com is dedicated to stress theory and offers relevant materials free of charge. His book, 50 Years Lost in Medical Advance: The Discovery of Hans Selye’s Stress Mechanism, is available on Amazon.