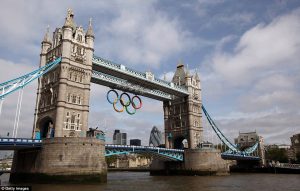 Just like most of you, I have been watching the Olympics each night in awe of the extreme physical fitness of the world’s elite athletes.  These athletes have trained their bodies into peak physical fitness but I also have noticed something else, their ability to quiet their mind, control their emotions and focus on the task at hand.

As I watched the archery competition in particular, I was struck by the mental focus these athletes exhibit.  The sports commentator described a typical archer’s training schedule and much can be learned from their regimen and incorporated into our own lives.  Archers begin their day with meditation, followed by cardiovascular exercise then hours of target practice.  Throughout their day they intersperse more meditation and breathing exercises as needed, to calm their nerves and steady their hands in response to the stress of trying to hit their precision targets.  The repetition of this type of training schedule builds endurance so that when it counts—they are prepared, in control and able to adjust to the challenges of any given competition.   I could not ask for a better metaphor for stress management resilience training!

Ok, maybe you are not as physically fit as the Olympians in London, but you can be inspired by their physicality and mental toughness to regularly practice meditation and get off the couch and exercise your stress away.

Exercise is one of the best ways to keep anxieties at bay.  A regular fitness routine can increase your energy level significantly.  The neurotransmitters secreted during exercise have been proven to boost moods, which makes worrying hard to do.  Exercise can also provide a break from thinking too much—a common characteristic of worriers.

Stress has also been shown to affect crucial brain cells in humans, especially in developing brains, and a warping effect can be demonstrated on MRI scans. Prenatal or early childhood stress can lead to an inability to learn and remember, as well as undesirable changes in behavior such as substance abuse, as well as psychiatric disorders. In one study (that could not be performed in humans), in which immobilized mice were subjected to loud rock music, MRIs showed a loss of fibers responsible for communication between brain cells.

Conversely, meditation can protect your brain, as assessed by technologies like functional magnetic resonance imaging (fMRI), which measures the blood flow in different parts of the brain and shows how active they are. Emory researchers had previously reported that longtime meditators don’t show the usual loss of gray matter in their brains as they age. Other studies have found that meditators have thicker tissues in the prefrontal cortex, the region that governs attention and control, suggesting a neuroprotective effect.  Click here to read more about the stress busting effects of meditation.

Experiment with different types of exercise and meditation to find out which works best for you.  Walking and jogging are great for when you feel like being alone, while team sports offer a competitive challenge.  Kickboxing is a great way to vent frustration, while yoga promotes a sense of tranquility. If you are concerned with not being “good enough” at any particular sport or can only focus your mind for very short periods during meditation—set those worries aside! Remember, Olympians are not born, they are made– through years of dedicated training and practice.  There was a time when even Michael Phelps dog paddled his way around the kiddie pool!  Allow yourself time to build endurance and resilience!

Let these Olympic games inspire you. Who knows…maybe kayaking is your calling.