Lighten the load: Botanical “bests” for less stress, from a pharmacist’s perspective

A question weighing on the minds of many—weighing so much, in fact, that it can keep a person up all night worrying—goes something like this: “Why are we so stressed out these days?”

But the better question, to hear David J. Foreman, RPh, president, Herbal Pharmacist Media LLC (Oceanside, CA), ask it, is “Why aren’t we?” 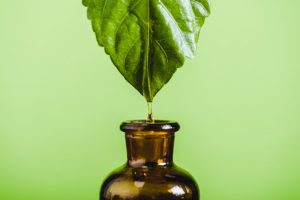 Because whether it’s financial concerns, family dynamics, workplace insecurity, poor health, or any of the existential threats looming on the horizon—think climate change, contagion, et al.—“We have so many contributing factors to explain why most of us feel stressed out almost daily,” Foreman says.

And when Foreman says “most of us,” he means it. The American Psychological Association’s Stress in America: January 2021 Stress Snapshot1 found that 84% of U.S. adults reported feeling at least one emotion associated with prolonged stress in the two weeks preceding the poll, with that stress appearing most frequently in such familiar flavors as anxiety (47%), sadness (44%), and anger (39%).

Emotional upset this pervasive does more than harsh your mellow, too; the American Institute of Stress reports that more than half of the 550 million working days lost each year to absenteeism are lost to stress.

So, how are consumers lightening the load? Aside from squeezing stress balls, watching cat videos, and giving meditation (or day drinking) a shot, many are scouring the supplement aisles.

After all, stress-support supplements predate our current anxiety—and will outlive it. Consider that the global market for stress-relief supplements is set to register compound average growth of 6.75%, taking it to a value of $756.6 million by 2028, according to Market Research Future3.

Well-represented among those supplements are botanical formulations that consumers are just beginning to embrace for their calming benefits.

“I wouldn’t say that stress has been one of botanicals’ traditional calling cards,” Foreman concedes, “but in today’s times, they’re picking up a lot of traction and interest for that purpose.”

And they’re retaining that traction for this simple reason: “Botanicals are awesome at helping to manage stress,” Foreman declares.

What makes him so sure? Well, he is the Herbal Pharmacist, after all. But in addition, he continues, “I’m the result of what happens when you take these ingredients. I use them, and they work for me.”

But don’t just take his word for it. “Lots—and I mean lots—of clinical studies now prove that these botanicals work at specific doses and specific frequencies,” he continues.

Or course, modern science has been steadily substantiating botanicals’ efficacy record for years now, and the research taking place with respect to their calming and mood-regulating effects is ramping up.

As Foreman says, “The body of evidence proving the effectiveness and safety of ‘stress’ botanicals is growing year by year. There seems to be a lot of work in this area right now, and that’s exciting to say the least.”

Even more exciting is the observation that by helping the body manage stress, botanicals pay dividends beyond mood and mental health.

“One of the neatest things about botanicals is their potential for multiple mechanisms of action,” Foreman explains. “And these mechanisms often provide health benefits outside of stress.”

What’s more, he goes on, “The other really exciting finding is that if we manage stress botanically, we can indirectly help moderate other conditions that count stress as a risk factor.”

Think about it: Tackling depression, high blood pressure, chronic pain, elevated blood sugar, weakened immunity, and even obesity is much harder when we’re stressed. “And that makes an important point,” Foreman concludes: “Address stress and you address many other health concerns, too.”

The Future Is Ancient

It’s almost as if botanicals are coming full circle. As Foreman notes, “In the pharmacy world, many of the drugs available today either came from a plant source or are based on a concept that we learned from plants.”

And this is something he’s understood since school days. “We used to learn pharmacognosy,” he recalls, “which is the study of the pharmaceutical benefits of plants. And it makes the case that botanicals should be pharmacists’ and consumers’ best friends. They’re less toxic and produce fewer side effects than many of the drugs that ultimately trace back to them but that are isolated chemicals by the time they become drugs.”

In that sense, he sees botanicals as an enlightened approach to improving health—mental or otherwise. They may be ancient as time, but their best days lie ahead.

“Botanicals are on the rise in part because consumers are ‘going back to nature’ for solutions,” Foreman says. “And botanicals provide those solutions as well as multiple other benefits thanks to their nutritional and phytochemical makeup. And, simply put, they work!”

Read on to learn about the Herbal Pharmacist’s botanical best-bets for battling stress.

Foreman is a fan of Natreon Inc.’s (New Brunswick, NJ) Sensoril ashwagandha (Withania somnifera). A proprietary blend of active compounds sourced from the leaves and roots of the plant, Sensoril has a case record of 10-plus human clinical trials proving its efficacy vis-à-vis a number of health concerns—including stress.

Two studies4,5 showed that the ingredient significantly reduced serum levels of the stress hormone cortisol as well as C-reactive protein—a key immune-response marker—relative to placebo. Its efficacy likely owes to its adaptogenic properties and to the neuroprotective action of the withanolide glycosides and withaferin A—a steroidal lactone—present in ashwagandha leaves and roots, a company white paper states.

For centuries, the San people of South Africa have turned to the Sceletium tortuosum plant—dubbed kanna in their culture—to relieve stress and feel just-plain better. Now HG&H Pharmaceuticals (South Africa) has patented, standardized, and commercialized an extract of Sceletium tortuosum as Zembrin, which Foreman also points to as a botanical worth recommending to stressed-out consumers.

A double‐blind, placebo‐controlled, between‐subject trial7 investigating 25 mg of Zembrin’s anxiolytic effects on laboratory stress/anxiety responding in 20 healthy young volunteers revealed significantly lower subjective anxiety levels in the supplement group at the pre-stress induction point, as well as a significant interaction between supplementation and time on subjects’ heart rate, relative to the placebo—indicating, the researchers concluded, that a single dose of the botanical can ameliorate laboratory stress/anxiety responding in healthy volunteers. Zembrin is also distributed by PLT Health Solutions (Morristown, NJ).

Bacopa monnieri is a staple of Ayurvedic medicine, and Foreman sings its praises as a hedge against stress in modern Western society.

A recent randomized, double-blind, placebo-controlled trial8 in 100 adult subjects lends support to his contention, demonstrating that 28 days of twice-daily supplementation with 150 mg of the botanical—administered as Verdure Sciences’ (Noblesville, IN) Bacognize ingredient—produced improvements of 14% in emotional wellbeing, 12% in general health, and 16% in reported pain among the supplement group, compared to respective improvements of 6%, 4%, and 3% in the placebo group.