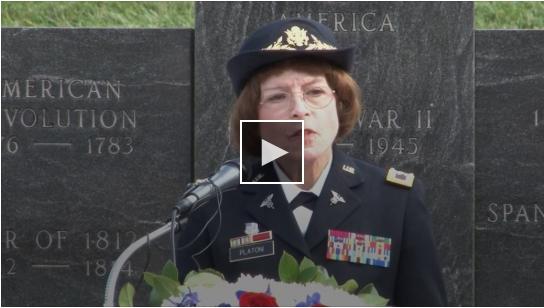 MIAMI VALLEY, Ohio (WRGT/WKEF) – This year local SWAT teams have had their hands full and the toll of these high-stake situations for officers isn’t just physical, it can take a toll on an officer’s mental health as well.

Dr. Kathy Platoni has seen more than most in her lifetime. Platoni spends most of her days working at her private practice in Centerville, until she receives a call that could completely change her day.

“I get these SWAT alerts and it’s a tone that would wake the dead. So, when that tone goes off, all bets are off.” said Platoni, ” I cancel all my patients, put on my gear and get to the scene as soon as I can.”

Platoni, who is a 34-year army veteran helps SWAT members, victims and family members at the scene of a crime. The retired colonel who has served overseas in Iraq and Afghanistan, now is working to help those families and SWAT members cope with the stress of a standoff or shooting.

“I’m not very squeamish. I’ve seen a lot in combat and a lot of causalities and fatalities.” said Platoni.

Having served with both soldiers and the SWAT team, Platoni said high risk situations can have similar impacts on them. Shock, disbelief and grief are all emotions that Platoni said these members on the front lines have to deal with.

“The things that you can’t unsee and you come back and your old self isn’t hanging in the closet. It’s hard to put those things to rest and you really never do.” said Platoni.

A feeling she knows all too well and not just from her time overseas. Platoni is also a survivor of the 2009 Fort Hood Massacre. She said learning what to do when something triggers you after seeing something traumatic, is important.

“Having PTSD gives me a whole different perspective on what it is and how deeply felt emotions can come home and roost and spew forth when least expected.” said Platoni.

Combining her personal with her professional experience, Platoni said her mission is to help those who risk everything to help others.

“I try to be there whenever I can because you never know what’s going to happen and the psychological injuries officers are going to sustain.” said Platoni.