As a psychotherapist, I had been stunned by how helplessness appeared to be one of the most painful feelings one can experience and thus, attempts to avoid at all costs.

Many years ago, I addressed the survivor guilt of a person presenting with Post-Traumatic Stress Disorder (PTSD) in psychotherapy. Thereafter, this person was able to move beyond such guilt feelings. Below, our conversation is presented from memory.

Survivor guilt was brought up in the psychotherapeutic context by many of my patients struggling with PTSD. At first, I approached survivor guilt with empathy by recognizing their suffering, but nothing changed. Then, I tried a cognitive approach, attempting to demonstrate how their survivor guilt was not substantiated by reason or reality, but nothing changed. Finally, from a psychodynamic perspective, I decided to envision survivor guilt as a defense. I then endeavored to identify the pain hidden behind survivor guilt. In doing so, I remembered that, if PTSD ensues, helplessness was a core experience during the traumatic event. In addition, as a psychotherapist, I had been stunned by how helplessness appeared to be one of the most painful feelings one can experience and thus, attempts to avoid at all costs. Consequently, I saw how survivor guilt was a defense aimed at avoiding and assuaging a feeling of helplessness. When a solid therapeutic alliance was in place, I interpreted survivor guilt as a defense against helplessness, which allowed my patients to acknowledge their helplessness and to face it, which led to intense internal distress. However, these individuals ended up accepting helplessness as a fact of life and stopped fighting against it. Consequently, they moved on beyond survivor guilt, knowing that they could strive to be in control more often. This approach yielded a much higher success rate.

T: You tell me that you should have died like the others, that you have survivor’s guilt.

P: Yes. Why wasn’t I killed like the others? Why did I survive?

P: Why would I deserve to survive and not the others? 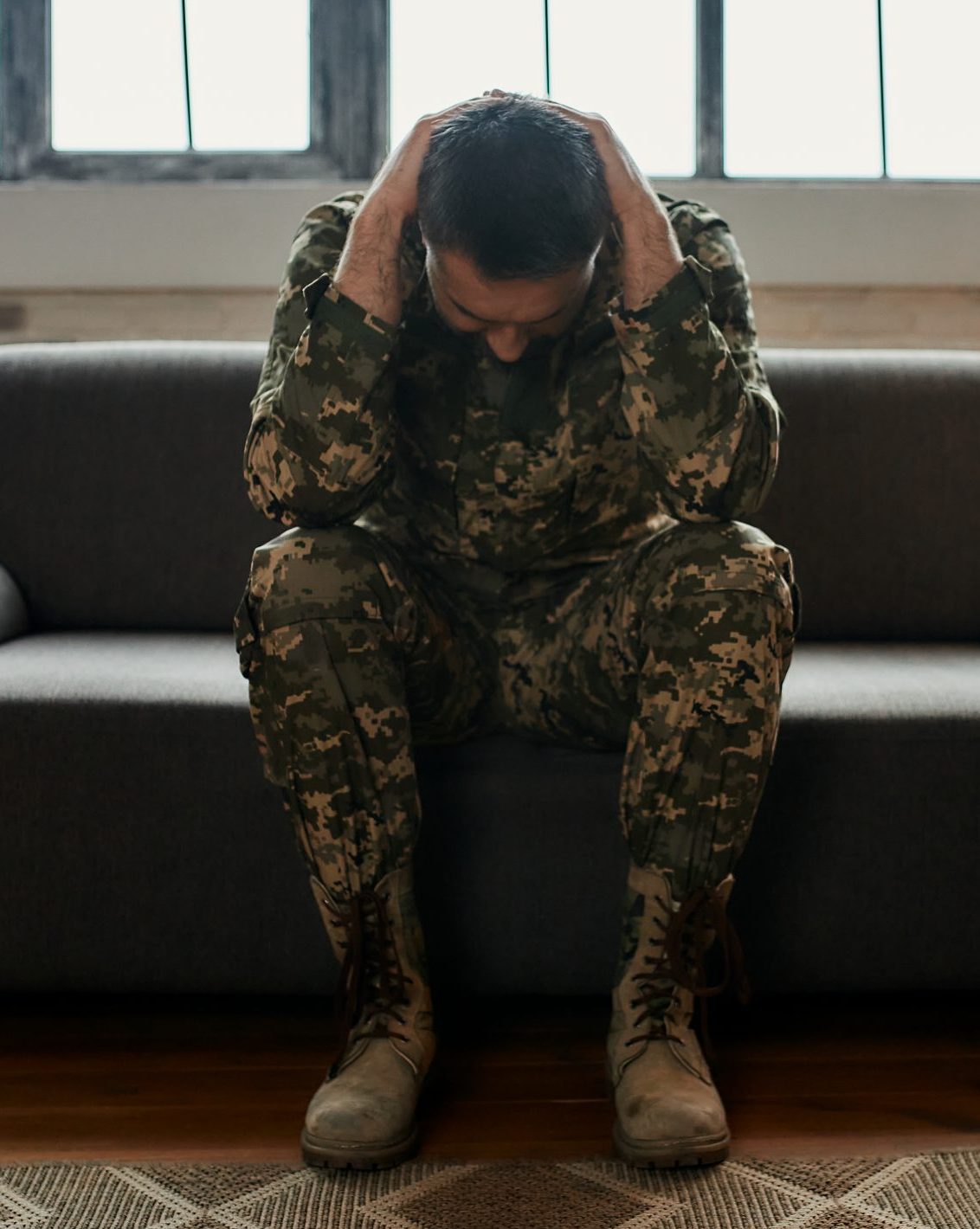 T: I hear you. Would you like to help me understand your experience by describing your inner experience at the very moment of the shooting?

T: So, when the firing started to occur, what did you do?

P: I threw myself on the ground.

T: To avoid the bullets?

T: Okay, so you tried to stay alive.

T: Okay. Right after the firing finished and you realized that you were still alive while others were hit, what crossed your mind?

T: Okay, you were relieved to not be hit and to be alive. Right?

T: You were also saddened those others were hit and appeared to be dead. Right?

T: Okay, so let’s acknowledge this truth. In summary, you were both relieved to be alive and saddened those others were hit. Can you hold these thoughts clearly in your mind?

Now, another thought may have crossed your mind; something like “I’m glad it’s not me.’’

T: Okay, so you were not glad that they were dead, right?

T: Okay. Do you hear and believe yourself?

P: (silence and then nod of the head)

T: Okay, now, could it be that the thought that “I am glad that they are dead rather than me’’ also crossed your mind? Could it be that you have been feeling really bad about having had such a thought?

T: Such a thought implies that you wished they were dead instead of you, that there was a choice during the shooting, that is, that you could have chosen who died or not. Right?

T: Did this spontaneous, survival-based thinking of ‘’better them than me’’ have any impact as to whom was killed on this day?

T: Okay, deep inside, you may have had the impression that the thought “better them than me’’ had influenced the outcome of the traumatic event, in an unrealistic way, if I may add. Yet, in reality, you had no choice whatsoever. (pause)

Thus, in reality, were helpless during this tragic event. You were completely unable to prevent the killing.

T: I know. Everyone does; however, let’s go a bit further along this line of thought.

P: I am not sure that I enjoy this, but okay.

T: We can stop any time if you want. Just let me know.

Now, thinking afterward that you had a choice during the event may be soothing in a way, even though such thinking is not based on reality. I am sure that you can agree with me on this.

Let’s see. The thought “better them than me’’ is a bit delusional if it implies that you chose the outcome of the event. In addition, thinking ‘’them rather than me’’ induces survivor guilt. Nonetheless, such thinking is useful because it invokes a sense of control, which counters helplessness. Thus, by imagining some control over the outcome and thus feeling guilty, you avoid the obvious; that is, you avoid recognizing your sheer lack of control during the event. You are avoiding feeling helpless. So, you would rather feel guilty than helpless?

T: Let’s pause here. So far, you have preferred imagining that you did something wrong on this day, rather than acknowledging that there was nothing good to do, nothing you could have done. You were helpless.

P: I see your point.

T:  Working with people with PTSD, I have noticed that almost everyone would rather stew in guilt for years rather than recognize their helplessness and accept to be helpless at times. Helplessness appears to be the most painful feeling someone can experience; yet at times, there is nothing we can do…. absolutely nothing!

T: I know. We all do, but I can see how it is especially painful for you. In a paradoxical way, however, you have a choice now. At this very moment, you are not helpless. Indeed, you can choose, or not, to recognize that you were unable to protect others during the shooting.

Indeed, at this very moment, you can choose to acknowledge that you have been tragically helpless during the unfolding of this tragic event – helpless and vulnerable. Indeed, you do not have to make yourself feel excruciatingly guilty for the rest of your life. You can simply, although painfully, recognize that you were helpless.

T: This being said, I would like to throw you a curve ball. How’s that?

T: I would like to suggest that you have done one thing right during the shooting.

T: You threw yourself on the ground, which may well be the reason you survived.

T: There is one thing I know for sure.

T: You are here. I am glad you are both here and alive!

First, to counter survivor guilt, a person could spend most of one’s vital energy trying to help others and to fix things incessantly. However, this strategy will never be truly appeasing because it is more often impossible to repair irreversible damages caused by traumatic events. Therefore, the efforts aimed at helping others need to be repeated, again and again. Such an unconscious psychological strategy is exhausting and pointless in the end, because it avoids acknowledging the root cause; namely, helplessness.

Secondly, a person could become actively destructive toward oneself to counter a feeling of survivor guilt. This unconscious psychological strategy aims at appeasing the trauma-based false conviction that one is a bad person. By punishing oneself, one tries to redeem themselves, but to no avail because there is nothing to redeem. Indeed, the person was helpless, but was not responsible for the damages incurred by the traumatic event.

Thirdly, a person could become psychologically paralyzed in life from survivor guilt. While survivor guilt can be experienced consciously, this person will be unconsciously overwhelmed by free-floating helplessness, which will attach itself to almost every aspect of the person’s life. Such psychological unconscious strategy will stalemate any of the person’s desires to achieve something which could be valuable for oneself or others. 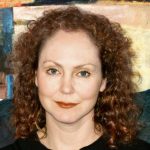 Dr. Louise Gaston, psychologist, has founded in 1990 a clinic specialized in Post-Traumatic Stress Disorder, TRAUMATYS, in Canada, where she developed an integrative model for treating PTSD, which is flexible and open-ended. In addition, she elaborated a comprehensive 2-year training program in PTSD and trained more than 200 experienced clinicians in evaluating and treating PTSD. Thousands of individuals presenting with PTSD and comorbidity have been treated with this integrative model for PTSD. According to an independent and retrospective study, the associated PTSD remission rate is 96%: 48% complete and 48% partial. Dr. Gaston is the author of several book chapters and more than 40 scientific/clinical articles.

In 1988, Dr. Gaston completed a 2-year postdoctoral fellowship in PTSD and psychotherapy research, at the Langley Porter Psychiatric Institute, University of California, San Francisco, under the supervision of Dr. Horowitz, M.D., author of Stress Response Syndrome, and Dr. Marmar, MD, both ex-presidents of the International Society for Psychotherapy Research and the International Society for Traumatic Stress Studies. Afterwards, she was assistant professor in the Department of psychiatry at McGill University in Canada from 1988 to 1994. Dr. Gaston elaborated scales on the MMPI-2 to assess PTSD in civilians.

For many years, Dr. Gaston has provided courses of continuing education across the USA: Integrating Treatments for PTSD, Trauma and Personality Disorders, Memories of Abuse and the Abuse of Memory, and Ethics Working for You. Nowadays she writes, trains, and supervises on PTSD.