PTSD: What you need to know

Examples of events that can trigger post-traumatic stress disorder (PTSD) include wars, crimes, fires, accidents, death of a loved one, or abuse of some form. Thoughts and memories recur even though the danger has passed.

It is thought to affect between 7 and 8 percent of the population, and women are more likely to be affected than men.

Instead of feeling better as time goes on, the individual may become more anxious and fearful. PTSD can disrupt a person’s life for years, but treatment can help them recover. 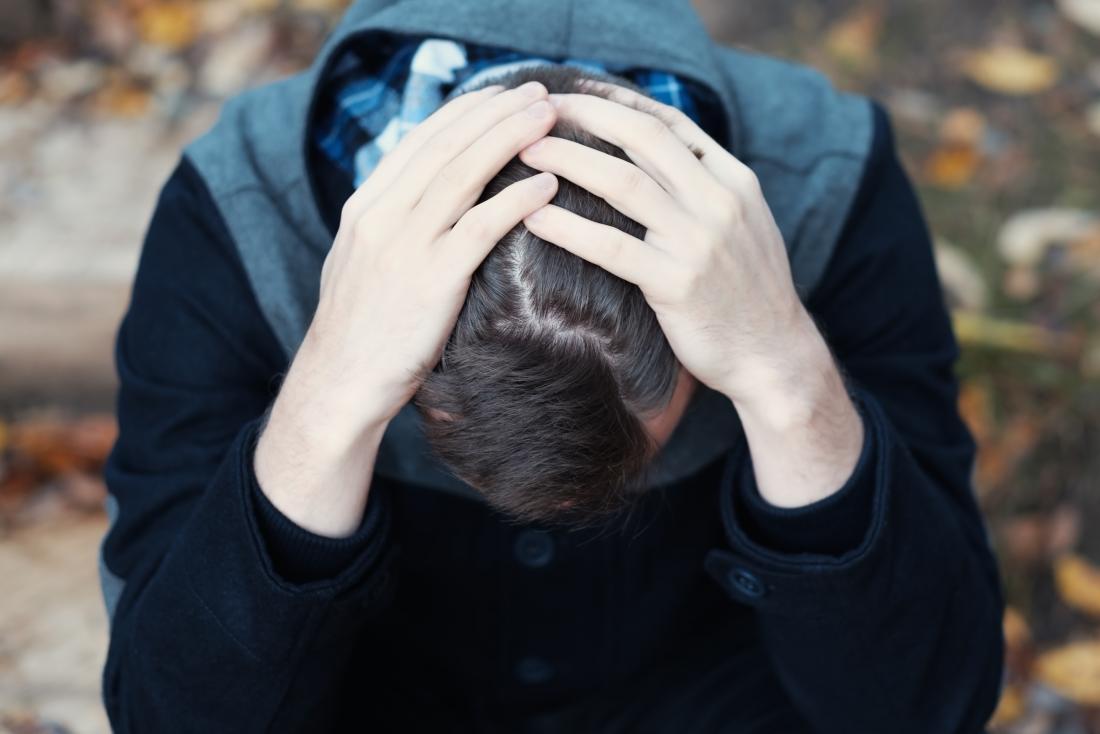 PTSD can arise as a result of a traumatic event or experience.

Symptoms usually start within 3 months of an event, but they can begin later.

For a person to receive a diagnosis of PTSD, they must meet criteria that are set out by the American Psychological Association’s (APA) Diagnostic and Statistical Manual Fifth Edition (DSM-5).

According to these guidelines, the person must:

1. Have been exposed to death or threatened death, serious injury or sexual violence whether directly, through witnessing it, by it happening to a loved one, or during professional duties

2. Experience the following for more than one month:

Here are some examples of these four types of symptom:

Symptoms that affect mood and thinking:

In addition, the symptoms must lead to distress or difficulty coping with work or relationships, and they must not be due to the use of medication or other substances, or another health condition.

There may also be physical symptoms, but these are not included in the DSM-5 criteria:

There may be long-term behavioral changes that contribute to problems and work and a breakdown in relationships. The person may start to consume more alcohol than previously, or to misuse drugs or medications.

In those aged 6 years or under, symptoms may include:

Between the ages of 5 and 12 years, the child may not have flashbacks and they may not have difficulty remembering parts of the event. However, they may remember it in a different order, or feel that there was a sign that it was going to happen.

They may also act out the trauma or express it through play, pictures, and stories. They may have nightmares and be irritable. They may find it hard to go to school or spend time with friends or studying.

From the age of 8 years and above, children generally tend to display similar reactions to adults.

Between the ages of 12 and 18 years, the person may show disruptive or disrespectful, impulsive or aggressive behavior.

They may feel guilty for not acting differently during the event, or they may consider revenge.

Children who have experienced sexual abuse are more likely to:

As part of the diagnostic process, the person may be given a screening test to assess whether or not they have PTSD.

The time taken for this can range from 15 minutes to several one-hour sessions. A longer assessment may be used if there are legal implications or if a disability claim depends on it.

If symptoms disappear after a few weeks, there may be a diagnosis of acute stress disorder.

PTSD tends to last for longer and the symptoms are more severe and may not appear until some time after the event.

Many people recover within 6 months, but some continue to experience symptoms for several years. 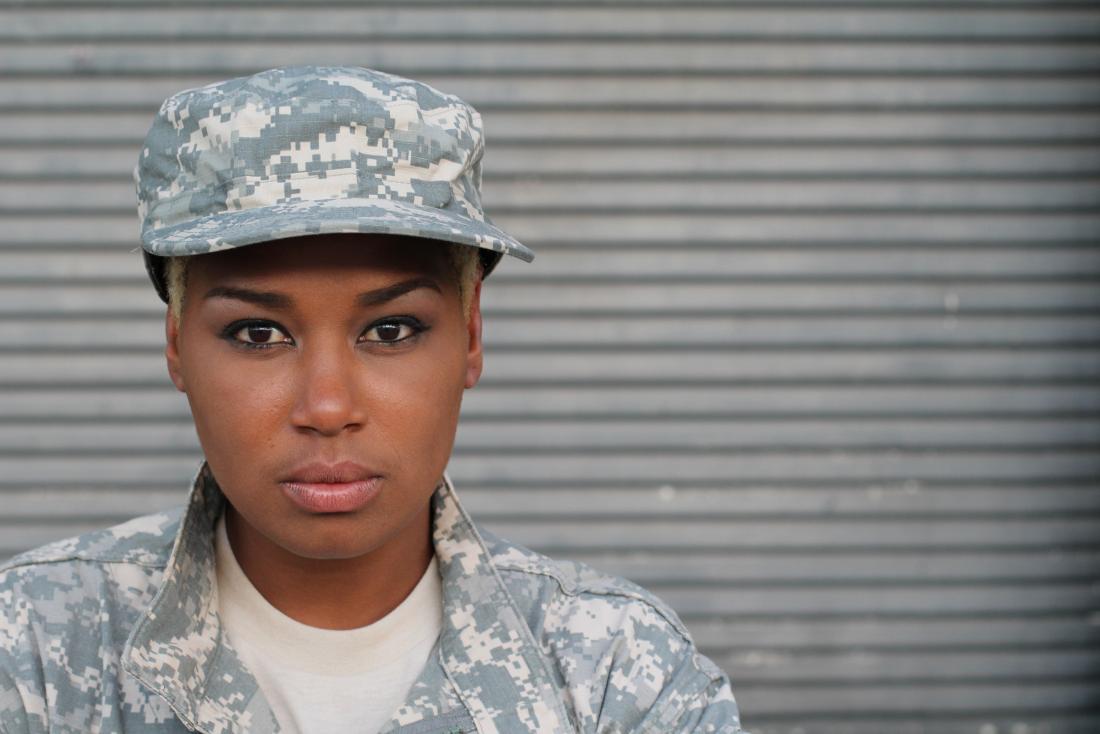 Some people who return from conflict zones experience PTSD.

PTSD can develop after a traumatic event.

Any situation that triggers fear, shock, horror, or helplessness can lead to PTSD.

It remains unclear why some people develop PTSD while others do not. However, the following risk factors may increase the chance of experiencing symptoms:

Some physical and genetic factors may play a role. These may impact the chance of having anxiety, depression, and PTSD.

Brain structure: Brain scans have shown that the hippocampus appears different in people with PTSD, compared with others. The hippocampus is involved in processing emotions and memories, and it could affect the chance of having flashbacks

Response to stress: Levels of hormones that are normally released in a fight-or-flight situation appear to be different in people with PTSD.

Gender: This may play a role. Studies suggest that, while men are more likely to experience violence, women have a higher chance of having PTSD.

What reduces the risk?

Scientists are looking at resilience factors that may help people recover from or avoid PTSD more effectively.

When to see a doctor

Many people experience symptoms after a traumatic event, such as crying, anxiety, and difficulty concentrating, but this is not necessarily PTSD.

Prompt treatment with a qualified professional can help prevent the symptoms from getting worse.

This should be considered if: 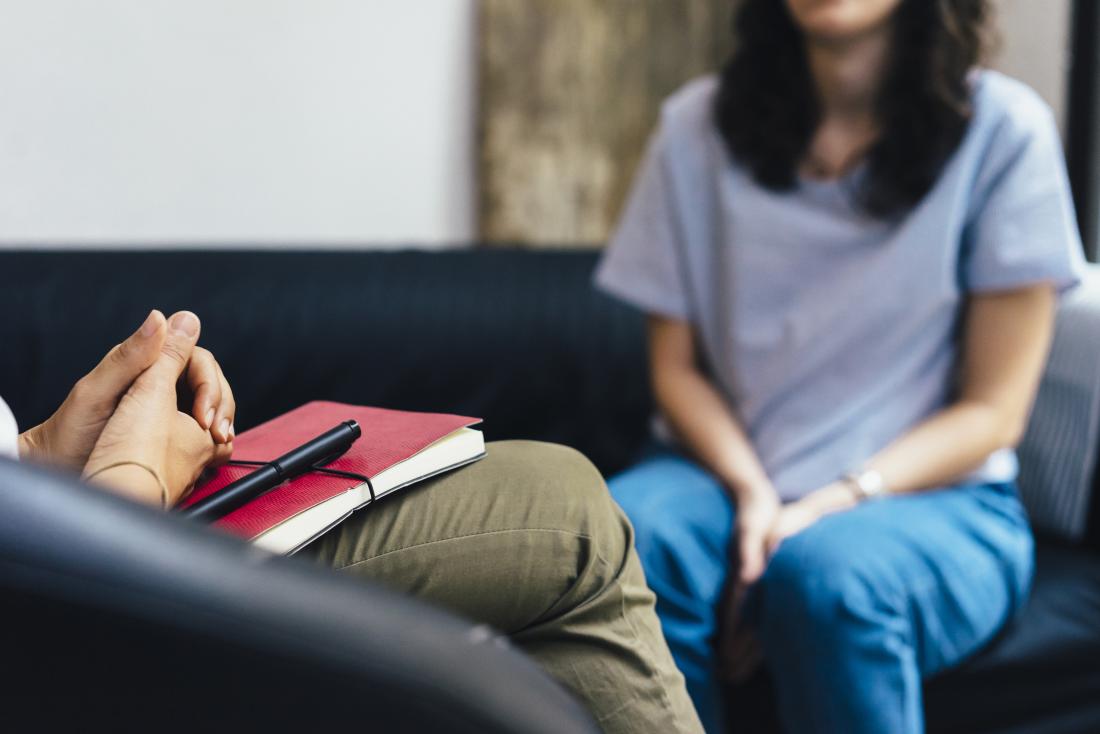 Counseling is a key part of treatment for PTSD.

Treatment usually involves psychotherapy and counseling, medication, or a combination.

Options for psychotherapy will be specially tailored for managing trauma.

Cognitive processing therapy (CPT): Also known as cognitive restructuring, the individual learns how to think about things in a new way. Mental imagery of the traumatic event may help them work through the trauma, to gain control of the fear and distress.

Exposure therapy: Talking repeatedly about the event or confronting the cause of the fear in a safe and controlled environment may help the person feel they have more control over their thoughts and feelings. The effectiveness of this treatment has been questioned, however, and it must be carried out with care, or there may be a risk of worsening of the symptoms.

Some medications can be used to treat the symptoms of PTSD.

Selective serotonin reuptake inhibitors (SSRIs), such as paroxetine, are commonly used. SSRIs also help treat depression, anxiety and sleep problems, symptoms that are often linked to PTSD. There have been some reports that antidepressant medications can cause an increased risk of suicide in individuals under the age of 24.

Sometimes, benzodiazepines may be used to treat irritability, insomnia, and anxiety. However, the National Center for PTSD do not recommend these, because they do not treat the core symptoms and they can lead to dependency.

Research has suggested that the following therapies may help, but further evidence is needed to confirm their safety and effectiveness.

Eye movement desensitization and reprocessing (EMDR): Recalling the event while making a specific kind of side-to-side eye movement may help lower distress levels for people with PTSD. This allows the individual to have more positive emotions, behaviors, and thoughts.

MDMA: The pharmaceutical version of the recreational drug, ecstasy, may help people learn to deal with their memories more effectively by encouraging a feeling of safety. Scientists are currently researching this option.

Cortisone hormone therapy: One study has suggested that high-dose cortisol-based treatments could help reduce the risk of PTSD, if given soon after a trauma occurs.

Computer games: Playing some computer games has been linked with fewer symptoms in some veterans with PTSD, according to a study published in 2017. However, the researchers do not recommend using computer games instead of regular therapy.

Active coping is a key part of recovery. It enables a person to accept the impact of the event they have experienced, and take action to improve their situation.

The following can help achieve this:

Other things that can help include:

A number of helplines and other facilities are available for people who are or who may be experiencing the symptoms of PTSD.

Here are some numbers that may be useful:

If you are looking for a therapist, make sure you find someone who is qualified and experienced in the field of PTSD.

PTSD can lead to some complications.

People with PTSD may have other health problems, such as depression, anxiety, personality disorder, or the misuse of substances such as alcohol or drugs.