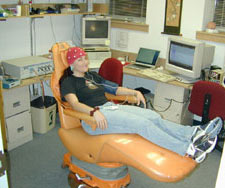 During CES at 0.5 Hz significant increases were seen across the entire cortex in delta and gamma frequencies, this effect was uniform for all volunteers. After a single 20-minute session of CES decreases were seen in delta and theta frequency activity with concomitant significant increase in alpha activity. The study volunteers generally reported feeling more relaxed after 20-minutes of CES. Some volunteers reported feeling as if their head had cleared and they felt more awake. Research volunteers who reported pain or anxiety before the single session of CES treatment reported significant reductions in pain and anxiety after the 20-minute treatment.

This pilot study indicates that CES at 0.5 Hz entrains delta and gamma frequencies during active stimulation. After a single 20-minute treatment with CES there is a significant increase in alpha frequency activity and a significant decrease in delta and theta activity. The post treatment maps indicate the effect of single session cranial electrotherapy treatment on QEEG is congruent with the reports of the research volunteers of decreased anxiety and increased relaxation. 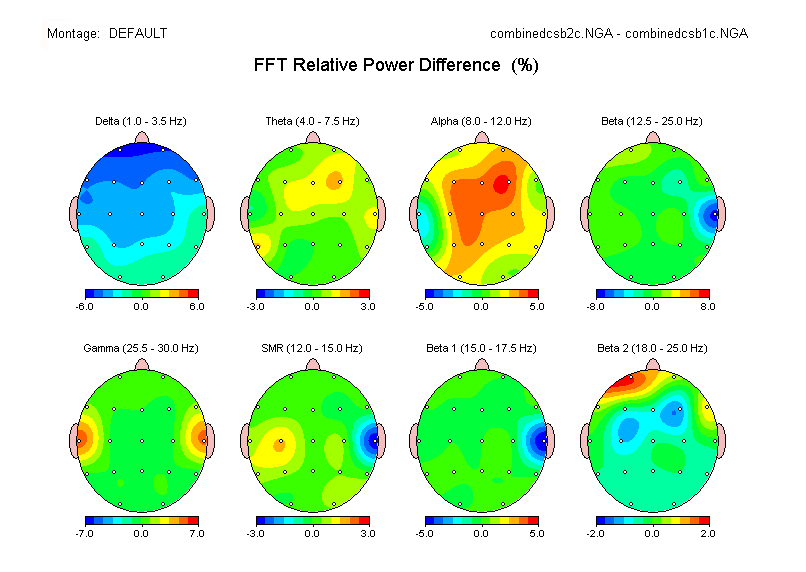 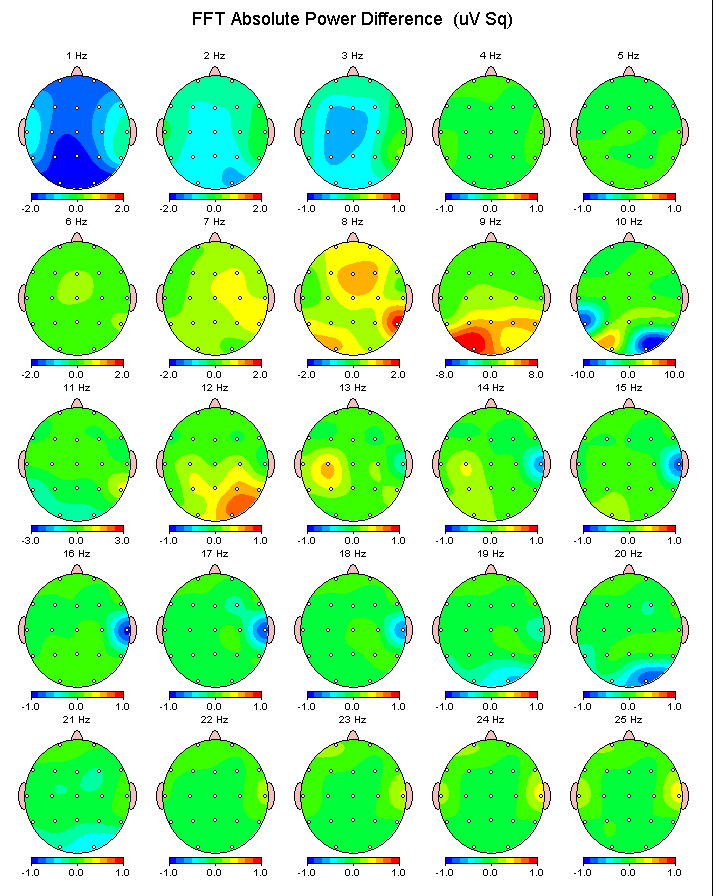 The above is a representation of the electrical activity of the brain by frequency after 20 minutes of use of Alpha-Stim® CES at 0.5 Hz. The EEG of 30 research volunteers was averaged and analyzed by computer to generate the average of brain changes in brain activity after 20 minutes of Alpha-Stim®. This is a difference brain map, where a decrease in activity after the use of Alpha-Stim® is shown in shades of blue and an increase in activity is seen in shades of yellow and red (green indicates no change). The above map shows that there is a decrease in delta, the 1, 2, and 3 Hz frequencies associated in waking individuals with impaired cognitive functioning. Significant increases are seen in alpha frequencies with peak activity at 9 Hz. Increases were also seen in activity at 12, 13 and 14 Hz, with 13 and 14 Hz activity centering on C3. 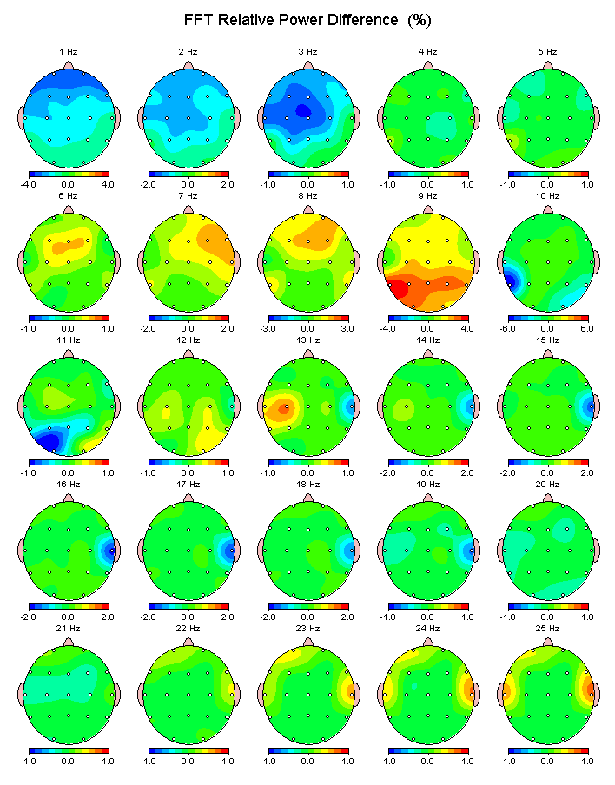 The above map is a relative power map, which is a percentage map showing activity in the brain at each frequency as a percentage of 100% (all activity of the brain). The activity changes represented by the relative power map show the same general pattern of decreases in slow waves associated with sleep and increases in alpha and SMR frequencies, which are associated with relaxation.