Stress: Causes and Ways to Reduce It 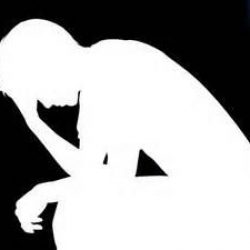 Stress is inevitable and a normal part of life. Stress can be defined as a state of mental or emotional strain resulting from difficult or demanding circumstances. While everyone experiences stress, what stresses someone out varies from person to person. While one might find joy in something another might find stress. For example, one person might find writing a five-page paper stressful someone else might find the writing pleasurable and enjoyable.

Although what causes people stress might differ from person to person symptoms and risk are similar for everyone. Long-lasting and extreme stress pose a serious risk to your health. According to the American Institute of Stress, short term symptoms include rapid breathing, stomach ache, or heart pounding. When stress lasts for days on end it poses a serious risk to your health. Long term effects include an increased risk of depression, a weakened immune system, and fertility problems. Negative effects of stress can inhibit us from being ourselves and living an ordinary life. People need to find what helps them relax and relieve stress.

One way to relieve stress is exercise. Exercises to reduce stress do not just include physical activity but can also come in mental forms as well. Physical exercise can come in various forms ranging from walking to yoga, to running. While mental exercise range from breathing exercises to meditation. No matter the activity exercising your body and brain are shown to have a positive impact on one’s health. According to The Anxiety and Depression Association of America, “Exercise and other physical activity produce endorphins—chemicals in the brain that act as natural painkillers—and also improve the ability to sleep, which in turn reduces stress. Meditation, acupuncture, massage therapy, even breathing deeply can cause your body to produce endorphins.”. Exercising your body both physically and mentally can lead to reduced stress.

Another not so common way many people might not be as familiar with is the positive effect your pets or other animals can have on your mental health. According to a study conducted by the Human-Animal Bond and Research Institute, “75% of pet owners reported a friend’s or family member’s mental health has improved from pet ownership”. With the interaction of pets, people report lower levels of stress. This method of controlling and reducing stress not only takes little effort but it is also something so simple to do considering there are over 80 million households in the United State with a pet. This simple interaction and companionship between you and your pet is one great way to keep stress levels under control.\

According to the American Psychological Association, “…many people report experiencing physical symptoms (77 percent) and psychological symptoms (73 percent) related to stress in the last month” Stress in America is very prominent and steps need to be taken to control this issue. No matter what you find to be relaxing there is always something that can be done to help you cope with your stress.