Stress Doesn’t Look Like Stress and That’s A Problem

The billboard image of stress prevents many of us from recognizing its signs.

A man in a suit has coiled springs leaping out from his head. One woman is trying to chew on her keyboard. Another yells with covered ears. The word “stress” is so ubiquitous, it’s become a cliché that triggers an identical image in everyone’s mind. Typing “stress” into Google shows what this picture looks like. By becoming a caricature of a stereotype, stress is now alarmingly misunderstood. 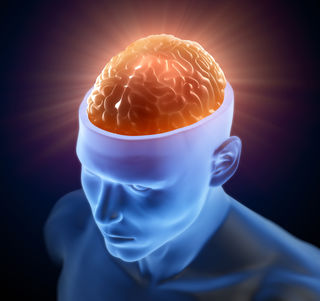 The reality of chronic stress is far removed from the woman chewing on her keyboard. Consider the following three examples:

1. A 27-year-old man who suffers from diabetes and has always been meticulous about blood sugar control is finding it increasingly difficult to manage his blood sugar.

2. A 35-year-old woman who used to always doze off moments into a good book at bedtime now has to force herself to stop reading and try to sleep. She has recently started needing an alarm clock in the morning, despite never needing one before. Nothing else in her life has changed.

3. A 41-year-old man has recently started feeling bloated after eating certain things he has eaten all his life. His doctor has told him there is nothing wrong.

These individuals are showing signs of chronic stress. Impaired glucose regulation in the first case, a disrupted circadian rhythm in the second, and irritable bowel syndrome in the third. They look nothing like the man with the springs coming out from his head in the Google image.

Acute psychosocial stress begins with a rise in sympathetic arousal which is followed by an HPA-axis response. In chronic stress, these two processes go awry. Sympathetic arousal and HPA-axis response may be excessive, irregular, or muted. Cortisol levels may take a long time to return to normal, and in some cases, may never return to baseline between two episodes of acute stress.

But this is only part of the picture.

At least seven processes take place in acute stress. Aside from sympathetic arousal/HPA-axis activity, there is also a transient rise in inflammation, reduced cortical control over emotional reactivity, heightened motivation, an increase in plasticity in the hippocampus and prefrontal cortex, temporary insulin resistance, and the body clock becomes more vulnerable to change.

Just as HPA-axis activity goes awry in chronic stress, so too can activity along any or all of these pathways.

In chronic stress, the brain doesn’t just temporarily adapt to change, it may structurally change in response to change, meeting the definition of allostasis. A team from the Karolinska Institute in Sweden recently showed chronic stress may play a possible causal role in “thinning” areas of the human brain, including parts of the prefrontal cortex.

Chronic stress can happen in the absence of an obvious source of acute stress.

Circadian disruption from not getting enough daylight or darkness, feeling perennially unrewarded for an effort at work, not having close friends or family to share personal things with, and not eating well, may independently contribute to chronic stress. Each of the seven pathways that can go awry in chronic stress, in turn, exacerbate chronic stress.

If the body’s clock malfunctions, this affects the circadian rhythmicity in sympathetic and parasympathetic tone and in the cortisol awakening response, which in turn alters sympathetic reactivity to stress and the HPA-axis response, shifting the brain toward chronic stress. While chronic psychological stress can bring about chronic inflammation, inflammation from an independent source increases sympathetic activity and can trigger stress.

Learning to recognize chronic stress can significantly reduce the future risk of illness.

Chronic stress is thought to be a risk factor for conditions as diverse as diabetes, heart disease, obesity, depression, autoimmune disorders, and even the common cold. The link between chronic stress and opioid addiction may be a contributor to the nation’s opioid crisis.

We need to become better at spotting chronic stress as the national rates of diabetes, heart disease, obesity, and depression continue to rise. Chronic stress is an allostatic state rather than a disease involving a single process, so it can be managed with lifestyle interventions if spotted early. The billboard image of stress, however, is stopping many of us from recognizing its signs.