Stress, driving and the hawk 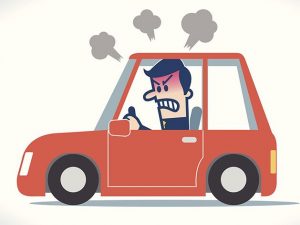 This happened just this past week. I was following a car that was going 66 in a 60 MPH zone. This was perfect. I started going 66 and I wasn’t gaining on him. I wasn’t worried about getting to my destination but it felt like I was in the front of the line and I was going about as fast as I wanted to go. I was making good time and all was going great. Even the thought of getting into town and facing traffic lights didn’t stress me.

Traffic picked up when I got into town. It seemed like everyone else was stressed. They drove as if they didn’t know that the traffic lights were going to mess up their math and they couldn’t reach their destination on time.

Lots of people are driving that way. They carry stress with them and don’t realize that the rest of the drivers don’t care where they are going. Sometimes that is hard to remember. It didn’t take long to get into a situation that proved this fact.

I was almost out of town and came to a big intersection. One guy was in the left lane and was about to get to the intersection. He stopped, cut on his right blinker and moved over towards the right lane. I started slowing down in case he pulled over in front of me. The people behind me were crowding up wanting to get to their destination and stress was growing at the intersection. One guy in the wrong lane was keeping all these other people from being in the front of the line and driving like they wanted.

Now comes the part about the hawk and the purpose of the story. While this intersection became more crowded with slowing cars and people’s stress level increasing; a hawk swooped down by the edge of the road and grabbed a field mouse and flew off.

The hawk was unconcerned about all the people driving cars and trying to get somewhere. The hawk was only concerned with catching some food and wasn’t worried about the cars going.

If there is a moral to this story, maybe we just need to slow down a little bit and not be stressed out about a little drive. The fact that all these people were out going from place to place but all the other people were not concerned about where they were going.

It would help if we realized that just like the hawk, nobody in the other cars cares where we are going. Don’t take yourself so seriously.