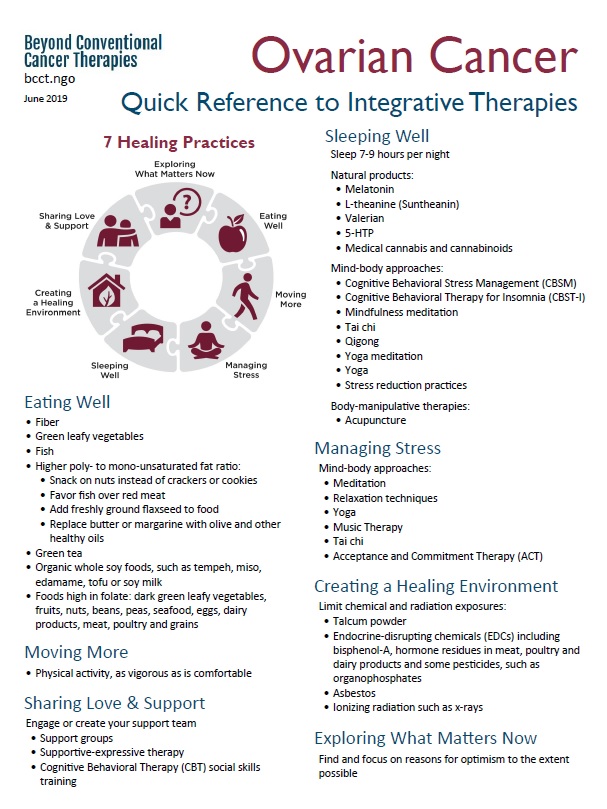 It has been suggested that the unexplained increase in breast cancer in middle-aged women may be due to job stress. The incidence of deadly ovarian cancer is also fourteen times higher in career oriented single working women compared to a control group of homemakers. Further support for a link between stress and breast cancer comes from a recent Israeli study.  Researchers studied 255 women with breast cancer under the age of 45 and 367 healthy controls to determine whether there was any significant difference in antecedent stress levels due to severe life change events such as loss of a spouse, parent, or close relative,  divorce of parents before age 20, separation from a spouse, loss of a job, an economic crisis, or severe illness in a close relative. After correcting for other possible influences,  it was found that the risk of breast cancer was increased by 62 percent in women who had experienced more than one such adverse life event.  General feelings of happiness and optimism seemed to offer protection against breast cancer, and as the senior author noted, “The more you are happy and feel optimistic with your life, the less the probability of developing breast cancer.” A study published earlier this year confirmed previous reports showing that increased perceived stress was similarly associated with higher rates of cervical cancer. 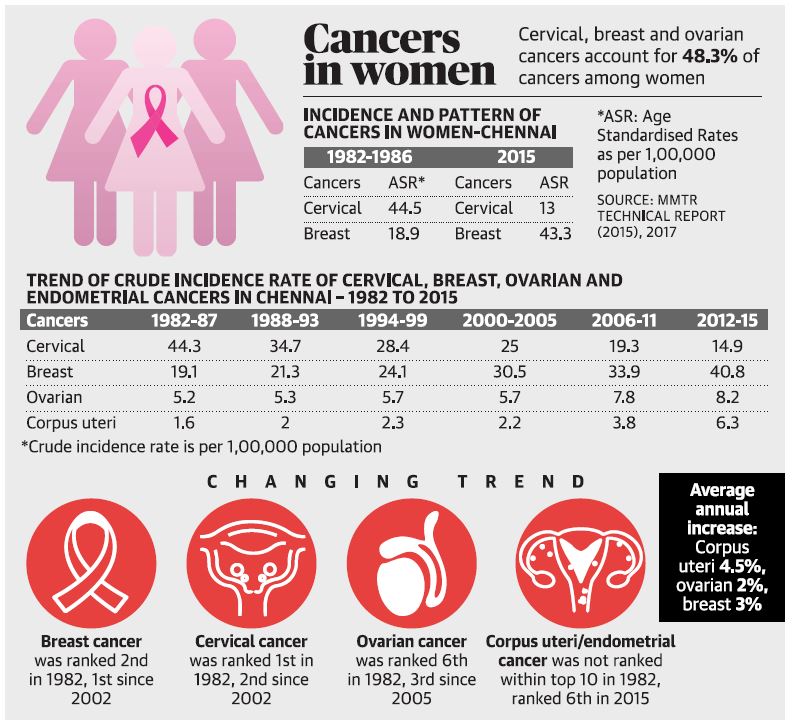 The mechanisms of action involved in some of these relationships between stress and female cancers vary.  With respect to jobs stress, it has been well established that the younger a woman is when she has her first child or even becomes pregnant, the less likely she is to develop breast cancer.  Pregnancy lowers prolactin, which stimulates breast tissue growth and promotes breast cancer in experimental animals.  As more and more women enter the work force, they tend to remain single, marry later in life, and decide not to have children, or do so only when they are much older.  The  number of women having their first child after the age of 35 has quintupled over the past four decades.  Animal studies show that some breast cancers may be due to viral infection and stress reduces immune system resistance to viral and bacterial invaders.  Increased cervical cancer is also thought to be due to HPV and other viruses that cause premalignant lesions.  In a study of 300 low-income women receiving family planning advice in health department clinics, psychosocial stress due to divorce, infidelity, excess arguments and physical violence from partner was associated with a significant increase in precancerous cervical lesions.