Stress May Be Your Heart’s Worst Enemy

Psychological stress activates the fear center in the brain, setting into motion a cascade of reactions that can lead to heart attacks and strokes. 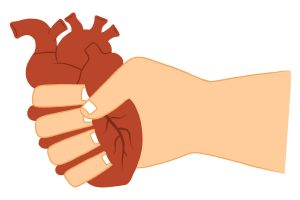 You’re probably familiar with these major risk factors for heart disease: high blood pressure, high cholesterol, smoking, diabetes, obesity and physical inactivity. And chances are your doctor has checked you more than once for these risks and, I would hope, offered advice or treatment to help ward off a heart attack or stroke.

But has your doctor also asked about the level of stress in your life? Chronic psychological stress, recent studies indicate, may be as important — and possibly more important — to the health of your heart than the traditional cardiac risk factors. In fact, in people with less-than-healthy hearts, mental stress trumps physical stress as a potential precipitant of fatal and nonfatal heart attacks and other cardiovascular events, according to the latest report.

The new study, published in November in JAMA, assessed the fates of 918 patients known to have underlying, but stable, heart disease to see how their bodies reacted to physical and mental stress. The participants underwent standardized physical and mental stress tests to see if their hearts developed myocardial ischemia — a significantly reduced blood flow to the muscles of the heart, which can be a trigger for cardiovascular events — during either or both forms of stress. Then the researchers followed them for four to nine years.

Among the study participants who experienced ischemia during one or both tests, this adverse reaction to mental stress took a significantly greater toll on the hearts and lives of the patients than did physical stress. They were more likely to suffer a nonfatal heart attack or die of cardiovascular disease in the years that followed.

I wish I had known that in 1982, when my father had a heart attack that nearly killed him. Upon leaving the hospital, he was warned about overdoing physical stresses, like not lifting anything heavier than 30 pounds. But he was never cautioned about undue emotional stress or the risks of overreacting to frustrating circumstances, like when the driver ahead of him drove too slowly in a no-passing zone.
The new findings underscore the results of an earlier study that evaluated the relationship between risk factors and heart disease in 24,767 patients from 52 countries. It found that patients who experienced a high level of psychological stress during the year before they entered the study were more than twice as likely to suffer a heart attack during an average follow-up of five years, even when traditional risk factors were taken into account.

But what about the effects of stress on people whose hearts are still healthy? Psychological stress comes in many forms. It can occur acutely, caused by incidents like the loss of a job, the death of a loved one, or the destruction of one’s home in a natural disaster. A recent study in Scandinavia found that in the week following a child’s death, the parents’ risk of a heart attack was more than three times the expected rate. Emotional stress can also be chronic, resulting, for example, from ongoing economic insecurity, living in a high-crime area or experiencing unrelenting depression or anxiety. Bereaved parents in the Scandinavian study continued to experience an elevated cardiac risk years later.

How stress damages the heart

Dr. Osborne participated with a team of experts led by Dr. Ahmed Tawakol, also at Massachusetts General, in an analysis of how the body reacts to psychological stress. He said the accumulated evidence of how the brain and body respond to chronic psychological stress strongly suggested that modern medicine has been neglecting a critically important hazard to heart health.

The ‘Shouting Back’ Theater Abruptly Closes, and Brooklyn Mourns

It all starts in the brain’s fear center, the amygdala, which reacts to stress by activating the so-called fight-or-flight response, triggering the release of hormones that over time can increase levels of body fat, blood pressure and insulin resistance. Furthermore, as the team explained, the cascade of reactions to stress causes inflammation in the arteries, fosters blood clotting and impairs the function of blood vessels, all of which promote atherosclerosis, the arterial disease that underlies most heart attacks and strokes.

Dr. Tawakol’s team explained that advanced neuroimaging made it possible to directly measure the impact of stress on various body tissues, including the brain. A prior study of 293 people initially free of cardiovascular disease who underwent full-body scans that included brain activity had a telling result. Five years later, individuals found to have high activity in the amygdala were shown to have higher levels of inflammation and atherosclerosis.

Translation: Those with an elevated level of emotional stress developed biological evidence of cardiovascular disease. In contrast, Dr. Osborne said, “people who are not tightly wired” are less likely to experience the ill heart effects of stress.

The researchers are now investigating the impact of a stress-reducing program called SMART-3RP (it stands for Stress Management and Resiliency Training-Relaxation Response Resiliency Program) on the brain as well as biological factors that promote atherosclerosis. The program is designed to help people reduce stress and build resilience through mind-body techniques like mindfulness-based meditation, yoga and tai chi. Such measures activate the parasympathetic nervous system, which calms the brain and body.

Defusing stress and its effects

Even without a formal program, Dr. Osborne said individuals could minimize their body’s heart-damaging reactions to stress. One of the best ways is through habitual physical exercise, which can help to tamp down stress and the body-wide inflammation it can cause.

Given that poor sleep increases stress and promotes arterial inflammation, developing good sleep habits can also reduce the risk of cardiovascular damage. Adopt a consistent pattern of bedtime and awakening, and avoid exposure at bedtime to screens that emit blue light, like smartphones and computers, or use blue-light filters for such devices.

Several common medications can also help, Dr. Osborne said. Statins not only reduce cholesterol, they also counter arterial inflammation, resulting in a greater cardiovascular benefit than from their cholesterol-lowering effects alone. Antidepressants, including the anesthetic ketamine, may also help to minimize excessive amygdalar activity and ease stress in people with depression.
Original post

By Jane Brody a Personal Health columnist, a position she has held since 1976. She has written more than a dozen books including the best sellers “Jane Brody’s Nutrition Book” and “Jane Brody’s Good Food Book.”

A version of this article appears in print on Jan. 4, 2022, Section D, Page 7 of the New York edition with the headline: Cardiovascular Ills From Mental Stress. Order Reprints | Today’s Paper | Subscribe