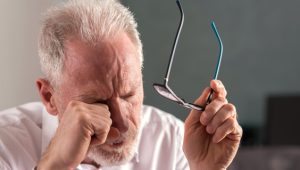 Life is stressful for middle-aged people dealing with kids, work, aging parents, and the constant pull to stay connected. A new study from Penn State reveals that people 45 to 65 feel more stressed now than their counterparts did in the 1990s.

“People in middle age are often forgotten. We’re more concerned with young people starting off their lives and with older people dealing with the challenges of getting old, but people in middle age often bear the brunt of life’s mundane, everyday irritations,” said David M. Almeida, professor of human development and family studies at Penn State University.

Almeida’s research studying stress during daily life is part of a study that began in the 1990s aiming to discover whether health during the middle of Americans’ lives has been changing over time.

When researchers restricted the sample to people between ages 45 and 64, though, there was a sharp increase in daily stress.

“It was quite shocking,” Almeida said. People at mid-life reported many more stressors, about 19% more stress in the 2010s than in the 1990s, which translates to 64 more days of stress a year, Almeida said.

For the study, the researchers used data collected from 1,499 adults in 1995 and 782 different adults in 2012. The goal was to study two cohorts of people who were the same age at the time the data was collected but born in different decades. All study participants were interviewed daily for eight consecutive days.

“Common types of stressors typically involve other people, such as getting in an argument or feeling stress at work or at home. Interpersonal tensions drive daily stress,” Almeida said.

Middle-age people now and in the past feel stressed by the same things: their health and well-being, disruptions to daily schedules, plans for the future and finances. It’s just that today’s middle-agers feel the stress more frequently, Almeida said.

The added stress middle-agers feel now could partially be due to life “speeding up” because of technological advances and overwhelming and constant access to news and information, Almeida said.

“Stress persists when we have a lack of control. Uncertainty is a great breeding ground for stress,” Almeida said.

To balance stress try to “find a purpose, no matter how small, and be sure to exercise. People who do both can deal better with stress,” Almeida said.