Thinking outside of the box to improve correctional staff wellness.

In mid-May 2022, I had the honor of testifying in Washington, DC before the Blue-Ribbon Commission on Correctional Officer health and wellness, thereby, addressing the mental health crisis among our nation’s corrections professionals, namely correctional officers.

With a suicide rate twice that of the general population, correctional officers are at an increased risk of cardiovascular disease, depression, anxiety, posttraumatic stress disorder (PTSD), and suicide, which is a significant concern for the men and women who risk their lives ensuring that the public remains safe and secure from some of the nation’s most violent offenders.

In just a mere decade, I have witnessed a significant increase in the number of research studies focusing on the physical and mental challenges of working within the walls of our nation’s prisons and jails. More importantly, corrections professionals are working closely with corrections subject matter experts to devise programs aimed at helping those brave men and women survive, literally and figuratively, in a profession that has been largely neglected until recently. 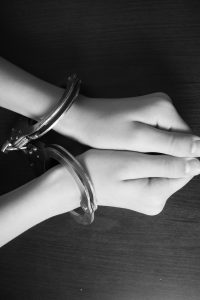 In early June 2022, I received an email from a licensed clinical social worker, Susan Radcliffe, concerning a program in my home state of Pennsylvania that has gained prominence in our national efforts to address correctional officer suicides. According to Radcliffe, York County Prison, Pennsylvania, has recognized the dire need for correctional officer wellness that does not involve talk therapy or seeking help from a mental health clinic.

Radcliffe created this unique program after learning the statistics of correctional officers’ negative health outcomes, the lack of policy addressing wellness, and the fact that there were no formalized recommended wellness protocols and treatment programs that officers would voluntarily attend.

York County Prison’s deputy warden, Valerie Conway, had reached out to Radcliffe after reading an article Radcliffe had published with American Jail. This article focused on an alternative wellness approach that uses a combination of psychoeducation on the neuroscience of trauma, adverse childhood experiences (ACEs), and the evidence-based treatment modality (SAMHSA) of trauma-informed yoga. 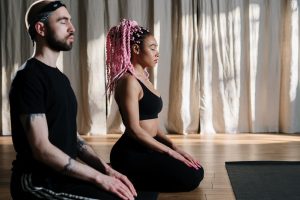 trained by the Prison Yoga Project so that trauma-informed yoga could be offered to the correctional staff, as well as those incarcerated. Most were initially skeptical about the training, which is not surprising considering that this “out of the box” approach was quite uncommon, and some would say, far-fetched. However, after learning about the neurobiological benefits of this form of yoga, including the calmness that is derived from an hour-long yoga class, participants rated the session favorably on the evaluation form that was given to all participants.

Radcliffe had created this program a few years ago and then reached out to Dr. Hayden Smith and Dr. Frank Ferdik, authors of the comprehensive July 2017 National Institute of Justice publication, Correctional Officer Safety and Wellness Literature Synthesis, to research the program’s efficacy. The positive outcomes of the research study by Smith, Ferdik, Turner, and Radcliffe were published in the January 2022 edition of the Journal of Offender Rehabilitation under the title, “An Evaluation of a Yoga Program Designed for Correctional Administrators and Officers.” 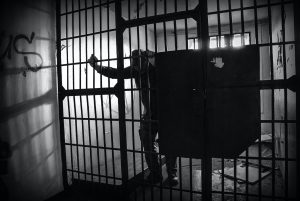 With a response rate of 100 percent, which is largely unheard of, it became the first research study of its kind to include correctional officers, staff, and administrators. The study noted that the linkages between workplace stressors and poor physical and mental health in correctional officers and administrators has been well documented. For instance, I’ve dedicated three chapters in my latest book, Pursuing and Navigating a Career in Criminal Justice, to the physical and mental wellness of our nation’s corrections professionals.

The study’s authors emphasized that there is limited research on factors that promote health in correctional officers, and even less information on correctional administrators, with which I concur. Further, extraordinarily little is known about what programs are considered emerging and/or best practices, how these programs are being implemented in real-world settings, and the efficacy of individual program components. This particular study aimed to address those gaps in the empirical literature. 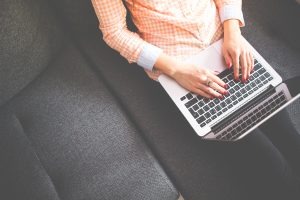 Nevertheless, the emerging themes from the qualitative research are quite encouraging. Additional studies with larger sample sizes are warranted to determine if the study’s results would hold true in other correctional contexts. The questions created by the research team also require larger samples to determine their respective reliability and validity. Longitudinal studies are also recommended to determine if yoga and mindfulness exercises produce long-term health benefits. Regardless, countless studies have reached the general consensus that participation in yoga can contribute to innumerable health benefits ranging from decreased anxiety, to improved cognitive performance, faster recovery times from injuries, and increased life satisfaction, among many other advantages.