The Dayton, Ohio Police Answered That Age Old Question, “Where is a Cop When You Need One?”

In just about 30 seconds, the alert and capable heroes of the Dayton, Ohio Police Department saved countless lives from an Antifa affiliated mass murder. These first responders protect and serve us well, and American Institute of Stress Fellow and Editor of the Institute’s free Combat Stress magazine, COL (Ret) Kathy Platoni, PsyD, protects and serves these brave men and woman in return.

At a dinner in Dayton with Dr. Platoni and AIS President Dr. Daniel Kirsch, Chief of Police Richard Biehl described some of the horrific things that police officers see in the course of their workday. Things that can’t be unseen and have a tendency to creep back into the minds of good people. “Police officers swim in a sea of suffering,” Biehl said. “Anxiety, depression, Post-Traumatic Stress Disorder and sleep deprivation are a real concern. If we really want police officers to have a full career and be healthy when they retire, we have to invest more in wellness including mental health.” 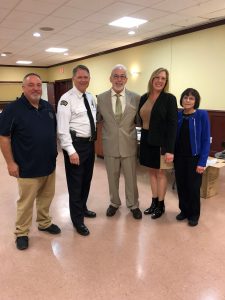 Dr. Platoni pointed out that while she saw the absolute worst human being are capable of in Iraq and Afghanistan, police officers are on the job every day for 20 years and more often, much longer. As a result of that meeting, AIS recently expanded the scope of Combat Stress and changed the byline of it from Bringing You All the Way Home, to Harnessing Post Traumatic Stress for Service Members, Veterans and First Responders. And AIS is partnering with the All Clear Foundation, another nonprofit who are just coming online as “A Resource for First Responders.” Together we will work with first responders to further our mutual goals of improving the quality of life for those who serve us.

Towards this end, Dr. Platoni and Dayton Police Detective and Fraternal Order of Police President, Rick Oakley conducted a study published in Jacobs Journal of Psychiatry and Behavioral Science last month on 86 police officers, sheriff’s officers, and firefighters using the Alpha-Stim® medical device, a prescription brain stimulator invented by AIS president, Dr. Daniel Kirsch. The participants experienced a very significant decrease in anxiety, insomnia, depression, and pain by using Alpha-Stim CES. As a result, the manufacturer, Electromedical Products International, Inc. in Mineral Wells, Texas, donated Alpha-Stims devices to the study participants, and now more of the $800 devices to be shared by the reminder of the Dayton Police Department, after the recent shooting.

Robert P. Hogeland, Retired Captain, Dayton Fire Dept., who is currently a co-team member with Dr. Platoni on the Southwest Ohio Critical Incident Stress Management Team (SWOCISM) had this to say, “COL Kathy Platoni, PsyD is receiving many, many accolades, yet she asks for none of them. She is a quiet warrior who guards the divide between Heaven and Hell in the hearts and minds of soldiers, law enforcement officers, and firefighters. Her only desire appears to be to continue to serve with effectiveness. Bravo!”

Assigned to the 467th MED DET (Combat Stress Control), COL Platoni was deploying to Afghanistan with the mental health team that was massacred in Fort Hood, on September 5, 2009. The names of those fallen heroes are tattooed on her arm. In fact, the Journal News focused on that in their August 5, 2019 headline about COL Platoni, “Dayton shooting: Ft. Hood survivor helps officers deal with stress of ‘carnage.’” For 9 years and counting, she has been urging politicians to overturn President Obama’s ridiculous assertion that it was due to “workplace stress” rather than an act of war. The difference means everything to the survivors and families of those killed by the terrorist, Nidal Hasan. The families deserve the benefits afforded those killed in action. And the survivors shouldn’t have to struggle to pay their medical costs.

Coincidental to the current shooting, COL Platoni had just written a multiple signature letter to President Trump, dated August 2, 2019, about the Fort Hood massacre. Little did she know she would get to deliver it in person when the command staff of the Dayton Police Department invited her to meet in private with the President. 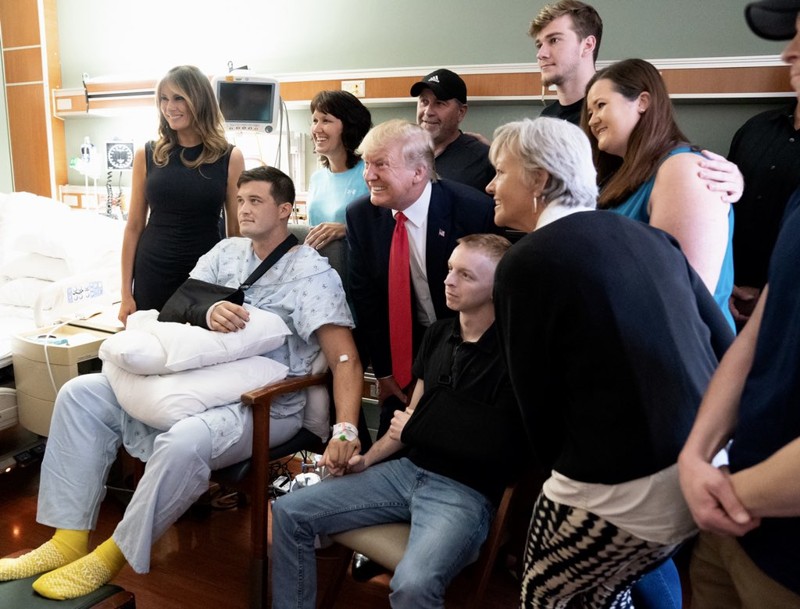 COL Platoni stated, “I am honored beyond words to have been included by the heroes of THE Dayton Police Department and to have been asked to stand by their sides during today’s meeting with the President, First Lady, Governor Mike DeWine, Senator Sherrod Brown, Senator Rob Portman and his wife, and Congressman Mike Turner. There was no press allowed, other than White House photographers, because the President wanted this to be a quiet celebration for the injured patients in a Miami Valley Hospital conference room, the entire ER staff, trauma surgeons, Dayton FD and Dayton PD. I was hoping at least Fox News was going to splatter this event across the world to celebrate these everyday heroes. One of the Dayton officers, after much ado with the Secret Service, presented commemorative police badges to President Trump. No one is allowed to present anything directly to the President, but Mr. Trump sure grabbed those up in hurry. He could not possibly have been more engaging, warm, or filled with gratitude for the extraordinarily heroic deeds of both police and fire in the face of a madman, gunning down as many innocents as they could under a hail of bullets.” 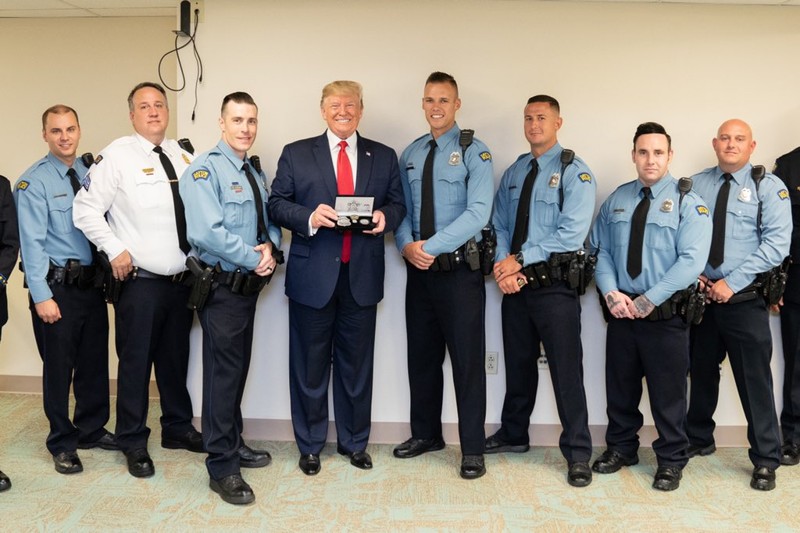 She went on to say, “I was able to give our letter [regarding Fort Hood] to two staffers and have the address of another. They promised to deliver these directly to the President. In fact, the President invited us all to the White House and said he would see us in the Oval Office. HOLY CRAP! I PRAY that after NINE years of treasonous cover up by the previous administration, that this ship may have begun to right itself. Hopefully we will know where we stand very soon.”

Ever gracious, COL Platoni added, “Thank you all so very much for such undying support, guidance, input and belief in this mission on behalf of all the victims of the Fort Hood Massacre. Thank you, officers and command staff of the Dayton Police Department, for allowing me to walk this walk with you and to provide for the welfare of the phenomenal men and women in blue.”

The American Institute of Stress sends our thanks as well, and our commitment to making all of America’s heroes feel safe again, in their own minds, as they keep us safe in ours. 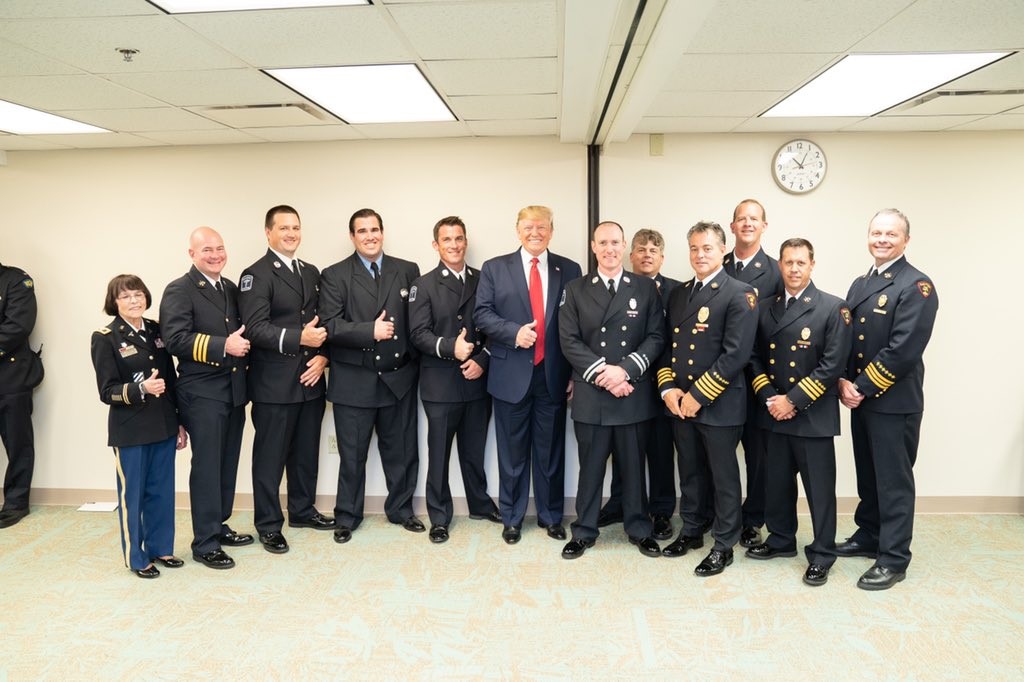 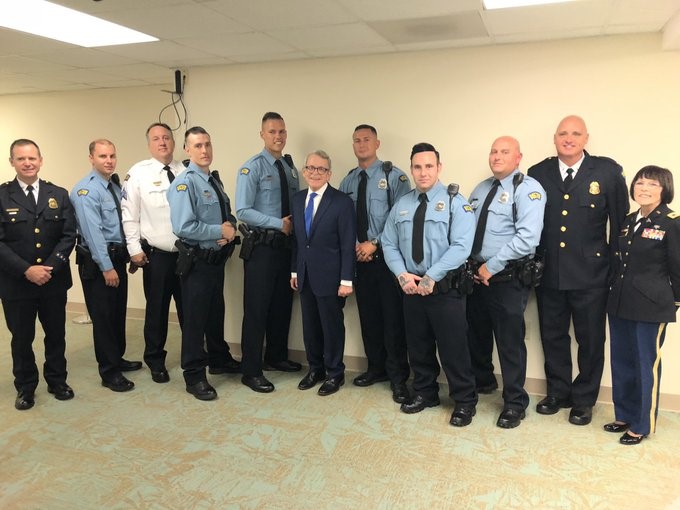