The Lethal Effects of Stress, Anxiety, and Depression on COPD 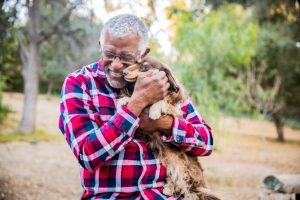 Chronic Obstructive Pulmonary Disease (COPD) is a leading cause of disability that affects 11.4 million people in the U. S. It is also very distressful, even when it is not disabling, so it is not surprising that many patients also suffer from anxiety and depression. A recent review of the literature confirmed that COPD patients had a higher prevalence of anxiety and depression than the general population, some of whom had other chronic diseases. It also revealed that such stressed outpatients had significantly higher death rates. Possible explanations may be that they are less likely to take medications or follow other medical advice, such as engaging in regular exercise. Depression also encourages smoking and makes it more difficult to stop. COPD patients often do not seek help for their emotional complaints because of the stigma of mental illness and physicians may pay relatively little attention since they also focus on physical complaints. Primary care clinicians and especially pulmonary specialists report that they do not feel comfortable in diagnosing or treating anxiety and depression since this is not part of their training. COPD death rates have doubled over the past 30 years and health care professionals need to be made more aware of the significant contribution of stress to mortality in these patients. The study authors advise that patients should be screened for anxiety and depression with simple, readily available instruments. Those at increased risk should be referred to appropriate specialists or other resources for further assessment and appropriate treatment, which may not necessarily include drugs.

Strong support comes from another study demonstrating that depressive symptoms were associated with higher death rates in 121 patients with stable COPD. All were evaluated for depression and approximately 20 percent were classified as having moderate to severe depression. Over the 8.5 year follow-up period, 76 participants died, and those with clinically significant depression were found to be twice as likely to be at increased risk for death from all causes. This significant association between depression and death could not be explained by age, gender, or the severity of COPD. It was suggested that one reason might be that depression disrupts hypothalamic-pituitary-adrenal activities that regulate responses to stress and immune system resistance to disease. It is well established that depression is associated with impaired immune defenses due to chronic elevated levels of cortisol. These also cause loss of memory, another common complaint in depression, which could be a factor in patients who forget to take their medications or follow medical advice. There is no good evidence that antidepressant drugs lessen these complications of depression, and many have adverse side effects that further diminish the quality of life.