The Stuff of War

Upon coming home or when people found out you served in the military, they always ask the following questions: What did you do? Where did you go? What was it like? Did you kill anyone? My response is always “If you weren’t there, I can’t explain it.” But in my head, I’m quietly flashing back. For a moment, I can smell the foul stench of death and burning shit in the air. The unforgiving weather and sleepless nights tortured my body. Some memories I choose not to remember. Others feel like they just happened.

The scariest moment of my life was in Fallujah, Iraq, having rockets and mortars dropped on me for the first time. I was new in the country and had just finished a security patrol. I was assigned a guard post in the FOB (Forward Operating Base) mayor’s compound overlooking the south end of the city. Assigned to me was an Iraqi Police Officer. Most of them were good men, but this one was just there for the free gun and a blanket. Once, two Iraqi police recruits got their new shiny Glocks and played quick draw until one was shot. At times, it was like working with disgusting, uneducated, murderous children. It was a bright sunny day, and the streets were full of people. Near our position was a group of children playing in the area. A couple of hours in, I heard a loud whistle, then a bright flash, and then a bang rattled my post. I then saw another flash and then bang, bang, bang. The compound was taking indirect fire from enemy mortars and rocket propelled grenades (RPG’s). The attack only lasted a few seconds, but it felt like an eternity. The enemy was just randomly firing at our position, just trying to hit something. That’s what scared me the most. When that happens, the only thing you can do is take cover and pray that a round doesn’t land on your head. You can also run away crying, like my cowardly Iraqi partner. I wish to this day he had been hit, but after the smoke cleared it was the kids playing in the area that had been injured by enemy fire. They were rushed to the nearest hospital but died on the way. An enemy that can barely fight and kills its own people is a waste.

After that attack, I suppressed my emotions and locked them away. In war, feelings will get you and your men killed. I learned to walk over dead bodies, destroy property and push my humanity to its limits. My only mission was to locate, close with (close the gap between you and the enemy, part and parcel of the Mission Statement of a Marine Rifle Squad) and destroy the enemy by fire and maneuver, repelling the enemy’s assault by fire and close combat.

It’s funny that in the chaos and moments of madness, I had few good memories. I was nervous flying into Fallujah on a helicopter. The day before, a helicopter was shot down and we were flying under fire. Just like in the movies, the helicopter was banking left and right, tracer rounds lighting up the sky and Jimi Hendrix playing on the loudspeaker. It wasn’t Vietnam. So, where’s our Iraqi soundtrack? 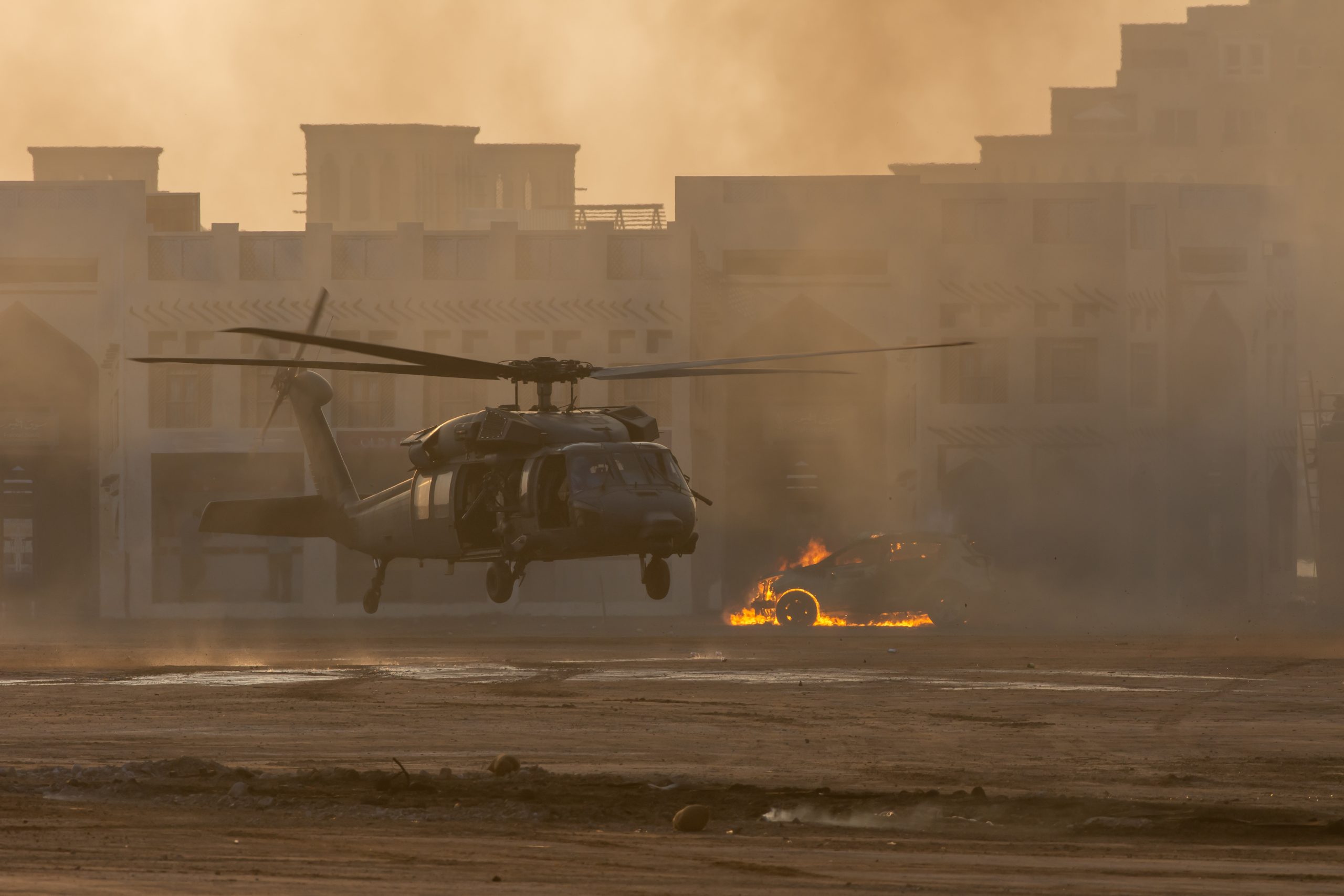 My buddy then asked me why I had a heart on my boot. I looked down on the top of my boot and a heart was drawn on it. From then on and until I left Iraq, I started finding little hearts drawn on all my gear: boots, socks, t-shirts, pants, hats, helmet, canteens, entrenching tool, notepads, magazines, body armor, and even my Ka-Bar bayonet. I am still shaking my head to this day. I would get so frustrated and accuse other Marines of vandalizing my gear, but I couldn’t find out who was doing this. After I redeployed back home and left the Marines, I found that it was my mother who had done this. The night before I had shipped out, my mother had unpacked all my gear and drew little red hearts on everything. My mom stayed up all night praying to God for my protection. God made sure, at my most terrifying moments, that I was loved. Just before I would lose control of my emotions, another heart would appear. I guess it was her hearts that got me home safe.