Tomaszek, David E., and Morehead, Kenneth. The Use of CES in Reducing Pain in Spinal Pain Patients. 2001.

38 patients who were waiting for surgical implantation of electrical stimulators for spinal pain reduction were given Alpha-Stim SCS units to use. 18 of these were in an open clinical trial where they used them three times a week in the physician’s office, setting the intensity to the level they wished, and 20 others used them at home, preset at 200 microamps, as either active treatment or sham treatment, one hour a day for three weeks.

Patients were asked to rate their pain when it was at its least intensity, at its greatest intensity and as it was generally. 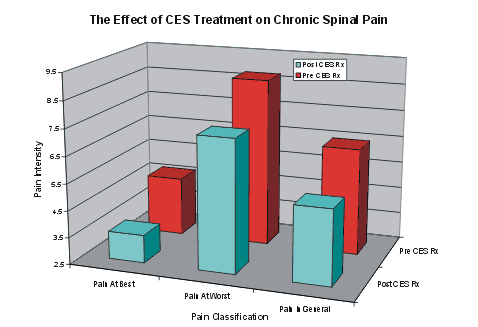 The graphs show that there was a significant reduction of pain in each of the three measures. There was no placebo effect, since the sham treated group actually became worse in two categories: pain at its least and pain in general. They could not grow worse on the pain at its most intense score, since they had begun at the top of this scale. 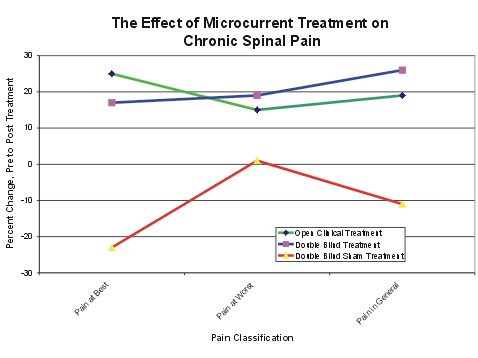