What stress is, how it affects us, and how to handle it 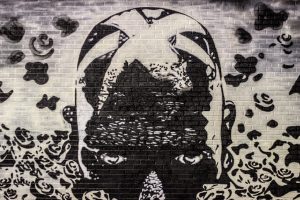 Stress has many definitions, but it most usually refers to feeling overwhelmed or unable to cope with pressures in our lives. Rest assured, stress is a normal part of being alive. We all feel it to some degree in these scary, uncertain times.

Stress itself isn’t a bad thing. It’s our response to events that require us to change and adapt to threats or demands. It helps spur us to action and to overcome such moments in any area of our lives including family, work, hobbies, or education.

The negative effects, those we think of when saying “I’ve just been under a lot of stress lately”, stem from a build-up of this tension. When we feel that we’re not up to the challenges in our lives, or when we go too long without resting and relaxing, stress becomes chronic. This can have negative effects on our mood, performance, decision-making, and eventually on our health.

Why is stress a thing?

Stress is the product of our minds working in concert with our bodies to keep us safe. Its roots are firmly placed in the fight-or-flight response. This response is housed in our ‘lizard brain‘, meant to keep us alive in the face of danger, and shared among all vertebrates.

Stress happens in response to internal and external stimuli that place a demand upon us, either mentally or physically. It is a neutral, non-specific response (it happens for a lot of reasons and doesn’t carry any emotional charge). What it does vary in, based on the stressor, is intensity. The context shapes our emotional reaction to it.

For example, finding you’re all out of gum is a weak, negative stressor. Taking a ride on a roller coaster is a huge stressor, but a positive one (because you’re enjoying it, hopefully).

A lot of people will describe feeling ‘pumped up’ after such a ride, which is the effect of adrenaline. The release of adrenaline, also known as epinephrine, is closely tied to the fight-or-flight response — as are many other hormones such as cortisol, the stress hormone. They prime our body for either fighting off or running away from a threat by heightening physical performance, activating our immune systems (in case we get wounded), and interfering with processes that aren’t needed in a fight, such as digestion.

Boiled down, this response is our body’s go-to emergency mode when we’re threatened. It’s good at what it does, but it was meant to work in a savanna where “threatened” meant there was a lion or somebody with a sharp rock looking at you. Deadlines, lay-offs, mortgages still register as threats to our brains, but we can neither run from nor smack them, sadly, so the same response stays constant, depletes our bodies, and we become stressed.

Psychologists sometimes make a distinction between eustress (‘good stress’) and distress (‘bad stress’). Stress, as we’ve seen, takes on certain emotional charges depending on the context and our reaction to it.

‘Eustress’ is an umbrella term that denotes healthy levels of positive stress which give rise to emotions such as hope, excitement, fulfillment, and being energized. It’s most commonly produced by events or demands that are outside our current zone of comfort but are still within our means to achieve. Feeling challenged and motivated to see such a task through is in no small part the product of stress.

‘Distress’, on the other hand, refers to stress caused by conditions that are far from our control or ability to rectify. It is usually characterized by prolonged periods of stress which becomes chronic, and almost always leads to maladaptive behavior (substance abuse, social retreat, irritability, aggressiveness) as a means to cope. People under distress will start experiencing problems sleeping, focusing, working, and eventually will see their health worsen.

Do we need it?

In many ways, stress impacts our performance similarly to arousal as described by the Yerkes-Dodson law. The right amount can keep us running merrily at peak performance; too much and we’re a mess. Too little arousal means that our performance suffers just as it does on the other end of the spectrum.

Stress plays a similar function to arousal. While they’re different concepts, there’s a lot of overlap between them, and they’re both linked in our bodies alongside sensations of anxiety. Stress is our initial response to events in our bodies or the environment; it’s the kick that jump-starts our response. It generally leads to arousal (which basically means ‘activation’ of our bodies and minds). Anxiety, a negative emotional state associated with feelings of worry or apprehension, is our bodies’ natural reaction to stress. Too much stress (i.e. of us being or coming close to being overwhelmed by what’s required of us) will lead to a build-up of anxiety that makes us avoid dealing with a certain task or event.

So, sadly, we can’t just do away with stress — we need it in order to function properly. But too much stress can impair our work by interfering with attention, muscle coordination and contraction, and other bodily processes.

As we’ve seen previously, one of the elements of stress involves the release of hormones that alter bodily processes (among others, making energy reserves quickly available for our muscles and organs). Spending too much time in a state of stress, then, will deplete such resources, and we’ll find ourselves running on an empty tank (which hurts our health).

How to handle stress

When dealing with stress, management is key. Keeping an eye on your stress level, and pushing it down when it becomes overwhelming, can lead to better health, productivity, and enjoyment of life.

Chronic stress keeps our fight-or-flight response always on. The hormonal changes this causes can lead to circulatory issues (due to high levels of adrenaline damaging blood vessels), heart attacks, or strokes. High levels of cortisol over long periods of time lead to issues with metabolism and energy management, i.e. it can make us eat more and fatten up.

Some of the most common signs that you’re under a lot of stress include overeating or not eating, problems sleeping, rapid weight gain (or loss in some cases), irritability, trouble concentrating, a retreat from social activities or hobbies. Some harder-to-spot ones include higher levels of anxiety, random pains and aches, issues with digestion, with memory, a drop in libido and sexual enjoyment, even autoimmune diseases.

Managing stress, unsurprisingly, involves either putting the body at ease, or giving it an outlet to channel this tension through. One useful relaxation exercise you can do is to sit in a comfortable position, breathe regularly and deeply, take a few moments to experience and enjoy what your senses are telling you, and imagine tranquil, pleasant, nice scenes or events. Physical exercise can give your body a way to expend stress (it’s the “fight or flight” mechanism, and you’re doing just that). If you just can’t fit any of those into your schedule, talking to a friend or pretty much anyone who will listen about your issues can help lower your levels of stress by giving you emotional support.

Wherever stress stems from in your life, keep in mind that our feelings are not an accurate representation of reality. They’re a product of millions of years of evolution and biochemical tweaking whose sole purpose is to keep you from dying — and if they have to ruin your mood to do so, they will. But you don’t have to bear it alone, and you don’t have to listen to it more than necessary. Take some time every day to relax, unwind, and take care of your mental health, no matter how hopeless things may seem. It’s darkest at midnight, but that’s also when things start getting brighter.