Women in the Sandwich Generation 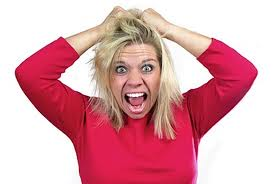 “Sandwiched generation” women are much less likely to be happy than other Americans according to a poll commissioned by the New York Academy of Medicine and the National Association of Social Workers. The survey of over 1000 35 to 55 year-old women who had at least one living parent found that only 20% said they were very happy compared to 34% for the U.S. population overall obtained in another study earlier this year. Problems related to money, lack of time and health were the leading sources of stress and more than half were concerned about an elderly relative’s health. The term “sandwich generation” women refers to those who care for children at home as well as a parent in addition to their usual household obligations. Getting married later in life, later child-bearing and longer life spans are contributory factors since studies show that women do 70% of the care giving for elderly relatives with chronic problems.

About two thirds of those surveyed had jobs and the more than half who were concerned about a parent’s health were also much more likely to be depressed and worried about having enough time for other family members as well as more trouble managing stress. This was no surprise to one social worker who said, “I’ve had women burst into tears in my office. They say ‘Not only is my father in the hospital, and they’re calling me at work saying, “Figure out where he’s going next because he’s not going home,” but the school’s calling to say my learning-disabled child has developed another problem. ” Another researcher said, “The “sandwich years don’t even go away by the 60s anymore. We’ve got these 60-year-olds who take care of 92-year-old parents and 16-year-old kids.” Such overwork problems may be more common than generally appreciated based on another study by the Families and Work Institute reporting that 35% of U.S. employees said they had elder care responsibilities during the last year. As Ellen Galinsky, the Institute’s President noted, “It can be episodic, unpredictable and very stressful.”