The American Institute of Stress: Established 1978

The American Institute of Stress is a non-profit organization established in 1978 at the request of Hans Selye to serve as a clearinghouse for information on all stress related subjects. Other founding members included Linus Pauling, Alvin Toffler, Bob Hope, Michael DeBakey, Herbert Benson, Ray Rosenman and other prominent physicians, health professionals and lay individuals interested in exploring the multitudinous and varied effects of stress on our health and quality of life. 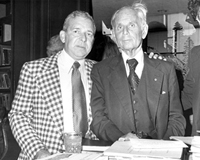 These photographs were taken during the meeting at the Tarrytown Conference Center in Tarrytown, New York in 1978, at which The American Institute of Stress was formally established as a not for profit educational organization designed to serve as a clearing house for information on all stress related topics.

In addition, AIS was formed to function as an ombudsman in this rapidly expanding field where a plethora of extravagant claims for worthless devices, nutritional products and approaches threatened to drown out legitimate research efforts and advances. 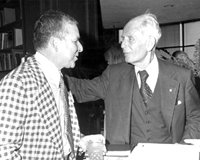 The meeting was attended by numerous dignitaries and founding Members of the Board of Trustees. Joel Elkes, Distinguished Service Professor and former Chairman of the Department of Psychiatry at Johns Hopkins School of Medicine, served as the first President of The American Institute of Stress. Dr. Paul Rosch succeeded Joel and has served AIS as President for over three decades. 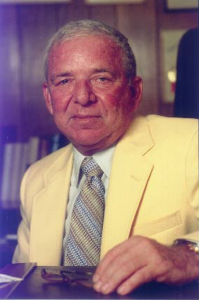 Dr. Paul J. Rosch is Chairman of the Board of The American Institute of Stress, Clinical Professor of Medicine and Psychiatry at New York Medical College, Honorary Vice President of the International Stress Management Association and Chair of its U.S. branch. He completed his internship and residency training at Johns Hopkins Hospital, and subsequently at the Walter Reed Army Hospital and Institute of Research, where he was Director of the Endocrine Section in the Department of Metabolism. He had a Fellowship at the Institute of Experimental Medicine and Surgery at the University of Montreal with Dr. Hans Selye, who originated the term “stress” as it is currently used, and has co-authored works with Dr. Selye as well as Dr. Flanders Dunbar, who introduced the term “psychosomatic” into American medicine. 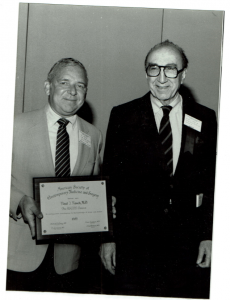 Stress has become such an ingrained part of our vocabulary and daily existence, that it is difficult to believe that our current use of the term originated only a little more than 50 years ago, when it was essentially “coined” by Hans Selye. How this came to pass because of a serendipitous laboratory accident is interesting, but not nearly as fascinating as the story of its discoverer, Hans Selye, who would easily qualify for the Reader’s Digest “Most Unforgettable Character I Ever Met” classification. Because of our long and close personal and professional relationship, I was privy to a considerable amount of information not available to others.
Read more >>

The Founding Board of Trustees of The American Institute of Stress: