Combat and operational stress reactions (COSRs) are defined as “physical, emotional, cognitive, or behavioral reactions, adverse consequences, or psychological injuries of service members who have been exposed to stressful or traumatic events in combat or military operations,” according to DOD Instruction 6490.05Maintenance of Psychological Health in Military Operations DoDI 6490.05 (PDF). COSRs can vary in severity depending on a variety of operational conditions, including intensity, duration, frequency of combat exposure, leadership, and unit morale, among other things. COSRs, however, do not represent mental health disorders or medically diagnosable conditions and concerns. 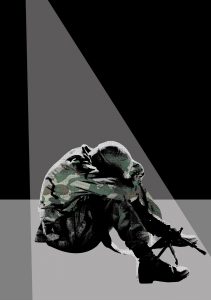 CSRs occur in combat or preparation for combat. They are hard-wired survival responses that encompass physiological, behavioral, emotional, mental, and other changes in body processes. Life-threatening situations trigger the autonomic nervous system, which is regulated by two opposing divisions — the sympathetic nervous system, responsible for arousal, and the parasympathetic nervous system, responsible for ‘shutdown’. The result is a continuum of automatic responses referred to as the ‘defense cascade,’ characterized by extreme (but relatively brief) highs or lows in physiological functions, such as awareness/arousal, behavioral, emotional, mental, speech, and sensorimotor. These changes are intense and cause moderate to severe impairment while they last, but their duration is only hours or, at most, a few days.

Battle Fatigue – Broad group of physical, mental and emotional signs that result from COS. 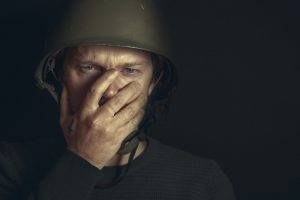 Examples of combat stressors include:

OSRs are expected temporary behavioral, cognitive, emotional, and physical changes resulting from the experiences or consequences of repeated exposure to a single stressor, or multiple stressors, in combat or non-combat operational settings. Examples of operational stressors include:

Some of the operational stress reactions a service member may experience include anxiety or fear; attention, concentration, or memory deficits; burnout, emotional exhaustion, or being disengaged; depressed mood, sadness, helplessness, or grief; difficulty falling or staying asleep; frustration, irritability, or anger; and PTSD symptoms.

The most common stressors and associated indicators that are indicative of operational stress reactions are provided in this one-page overviewClinical Signs and Symptoms Profiles Associated With Combat Stress Reactions (CSRs). 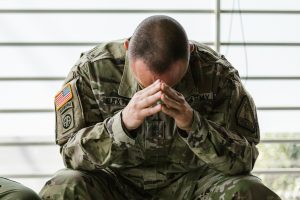 If service members with COSRs do not respond to initial interventions, referral to a licensed mental health provider is recommended.

PHCoE developed joint service training, Combat and Operational Stress 101, to encourage service members’ total fitness by optimizing physical, mental, and emotional wellbeing. The training was developed in conjunction with the services to support the COSC mission. These training decks can be used by all services to train their members in COSC practices:

After the Battle: Violence and the Warrior
by Bret A. Moore, C. Alan Hopewell, and Dave Grossman

7 Tools That Reinforce Warrior Resilience
This mini-brochure provides tips and resources for active-duty service members to use for coping with psychological health concerns. Free and confidential tools highlighted in the brochure include the DCoE Outreach Center and Live Chat feature, as well as the inTransition program where warriors can connect with a personal coach during periods of transition.

Finding Some Peace After the War