“Leaders must have strong minds, ready to accept facts as they are.”
– Harry S. Truman, President of the United States of America

•Combat is sudden, intense, and life threatening.
•It is the job of the Soldier to kill the enemy.
•Innocent women and children are often killed in combat.
•No Soldier knows how he will perform in combat until the moment arrives. 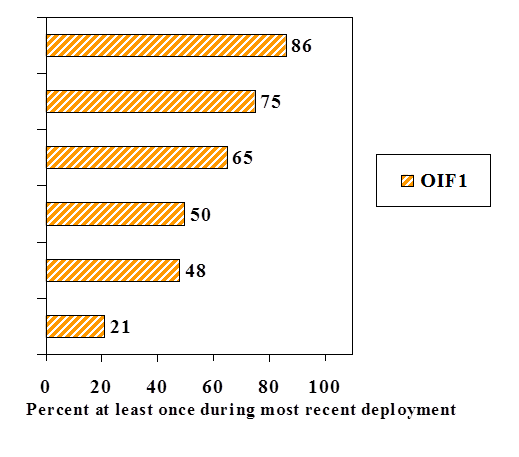 Knew someone seriously injured or killed

Having a member of your own team become a casualty

Being responsible for the death of an enemy combatant

Saved the life of a soldier or civilian