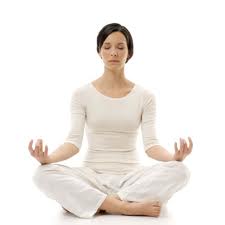 It’s well established that stress interferes with cognitive processes like memory and concentration, but recent studies reveal that stress can also seriously impair judgment. University of Washington researchers found that just one episode of severe stress-induced by periodic electric tail shocks for 60 minutes in restrained rats, affected their normal ability to navigate a maze in order to receive a reward and this persisted the following day. It was also found that if the rats were given a small dose of muscimol, a drug that temporarily inactivates the amygdala prior to being subjected to the same stress, they behaved as if nothing had happened, and this protective effect lasted for 24 to 48 hours. The amygdala has numerous connections to other brain structures, including the hypothalamus, which stimulates the sympathetic nervous system during “fight or flight” situations, thalamic cells that increase reflex responses, cranial nerves responsible for facial expressions of fear, and other sites that produce dopamine and other neurotransmitters.

Stress has also been shown to affect crucial brain cells in humans, especially in developing brains, and a warping effect can be demonstrated on MRI scans. Prenatal or early childhood stress can lead to an inability to learn and remember as well as undesirable changes in behavior such as substance abuse, as well as psychiatric disorders. In one study (that could not be performed in humans), in which immobilized mice subjected to loud rock music, MRIs showed a loss of fibers responsible for communication between brain cells.

Conversely, meditation can protect your brain, as assessed by cutting edge technologies like functional magnetic resonance imaging (fMRI), which measures the blood flow in different parts of the brain and shows how active they are. Emory researchers had previously reported that longtime meditators don’t show the usual loss of gray matter in their brains as they age. Other studies have found that meditators have thicker tissues in the prefrontal cortex, the region that governs attention and control, suggesting a neuroprotective effect.

This experiment involved 12 seasoned meditators, including several monks, who practiced Zen meditation daily for at least 3 years and 12 controls who had never meditated. They were asked to follow their breathing while looking at a screen on which actual words or meaningless combinations of letters that looked like words that were flashed at irregular intervals. Participants had to decide whether they were seeing a real or fake word and signal by pressing a button before returning to focus on their breathing. Zen (zazen) practitioners are taught to notice when the mind starts to wander and to quickly return to a meditative state by focusing on their breathing. It is not surprising therefore that the meditators were able to recover from this distraction much more rapidly than controls and fMRIs confirmed this, as well as a greater volume of grey matter, especially in the putamen, a brain structure linked to attention. Studies are now in progress to determine if meditation simply slows the loss of grey matter with aging, or causes the formation of new grey cells.

Trying to reduce stress and achieve a state of deep relaxation through meditation may actually prove stressful for some. Sitting cross-legged and motionless while keeping your spine in an upright position for a half-hour or more on a hard surface can be quite uncomfortable or painful. That’s particularly true for older people or others with arthritis of the knees or hips, even if they use a special meditation cushion or zafu. In ancient China and Japan, a zafu, (often translated as “sewn seat”) referred to a round cushion about 14 inches in diameter and 8 inches high that is used while meditating. Centuries ago, a zafu was constructed of cattail but this has long been replaced by heavy cloth coverings containing kapok and/or buckwheat. Zen Buddhist practitioners traditionally sit on a zafu since the cushion raises the hips and makes cross-legged sitting positions more stable. In addition to being a useful accessory, the zafu has now also become a symbol of Zen zazen practices. Before and after meditating, Zen practitioners often bow to the zafu, to fellow practitioners, and to the teacher and many follow prescribed precautions for respectfully handling the zafu when it is not being used.

The problem is that these traditional zafus tend to become lumpy after repeated use and this can also put stress on the spine. About four years ago, Ron Green, a monk at the Zen Mountain Monastery in Mount Tremper, N.Y, received a swatch of springy foam material as part of a mass mailing from Tempur-Pedic, a Swedish mattress manufacturer. Green heads the nonprofit Dharma Communications, an arm of the monastery that sells incense, meditation cloaks, and other related products. The advertisement explained how the mattress molded itself to your shape but returned to its original shape when the pressure was removed. Green was impressed by how quickly and completely his sample did this when he crumpled it in his hand and then released it. It’s potential for improving the zafu was obvious and he and his Dharma associates began obtaining hundreds of samples of viscoelastic foam, looking for the right combination of weight and density.

Orthopedists and physical therapists were consulted about how much give or resilience the zafu should have in order to encourage the best possible posture. Monks sewed prototypes by hand, then used them for meditation and offered feedback. An all-foam model was too soft for most, so a layer of buckwheat was added to the cushion’s base. The buckwheat compartment was zippered rather than sealed so that hulls could be removed or added based on individual preferences. The final Mountain Seat Zafu version, approved in 2004, comes in three sizes priced at $85 to $95. The response has been very encouraging with many people reporting that their back pain and other aches disappeared and that their legs didn’t go to sleep as much.

Dharma Communications subsequently released its Tibetan Mountain Seat specifically designed for Tibetan Buddhists, who often meditate with their knees touching the ground. This is rectangular rather than circular, lower-slung, and sells for $125.00. You can also obtain a Mountain Seat Zabuton for $125.00. The zabuton is the everyday cushion or mat found in Japanese homes that are used for eating, watching TV, reading, and other activities. In Zen meditation, a zafu is usually placed on top of a zabuton to cushion the ankles from the floor. The new Mountain Seat Zabuton uses a layer of viscoelastic foam sandwiched between two thicker layers of cotton batting that provides excellent support for knees, hips, and ankles, especially for those who meditate in a kneeling posture. Patents are pending for all of the above, which can be obtained at Dharma.net/monstore/ the monastery’s online store. Also available are traditional zafus and zabutons that are much less expensive. Proceeds from all sales go back to the Monastery.