Skip to content
Looking for the Cause and Cure of Diseases Possible Mechanisms Underlying the Relationship of Stress to DiseaseWilliam Heckman2022-08-23T21:37:40-05:00

Looking for the Cause and Cure of Diseases

Possible Mechanisms Underlying the Relationship of Stress to Disease

*This is an article from the Spring 2021 issue of Contentment Magazine. 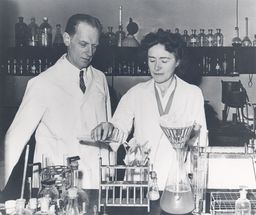 For 28 years I have closely followed the research of the Brazilian cardiologist and also my father-in-law, Quintiliano H de Mesquita, on the Myogenic Theory of Myocardial Infarction which he developed in 1972. In the Myogenic Theory concept, the causal factor is represented by physical exertion or psycho-emotional stress increasing the activity of the heart in the face of fixed or deficient flow in the coronary blood supply, producing regional ischemia or insufficient blood flow. Such ischemia can than lead to myocardial infarction or heart attack.

In his book about the Myogenic Theory,2 Dr. Mesquita said that the area of myocardial ischemia experiences a loss of regional contractility and a relaxing of the myofibrils, becoming stagnant, losing contractility, and thus developing anaerobic metabolism. This results in the deposit of lactate and catabolites and the depletion of energetic phosphate. According to Mesquita, the anaerobic metabolism is a step toward the myocardial infarction and necrosis in a particular region of the heart.

In the 1960’s Berthold Kern, a cardiologist from Germany, developed the theory that the low pH value (acidic state) found in the inner layers of the left ventricle would be the cause of infarction. According to his theory the myocardial infarction occurs due to a formation of excess lactic acid, destroying the cells and resulting in a chain reaction, much like a fire in a forest.3

In 2005, in a 1982 study by David S. Schade,4 I read about a paper published by Carl Ferdinand Cori and Gerty Cori in 1929.5 They demonstrated the influence of adrenaline on lactic acid production. The couple went on to receive a Nobel Prize in 1947 for their discovery of how glycogen, a derivative of glucose, is broken down and resynthesized in the body.6 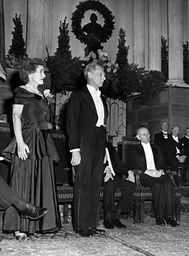 In his article, Schade supported and expanded on the lactic acid theory by supplying the following evidence that catecholamines participate in the development and/or maintenance of lactic acidosis:

In 1964, John R Williamson confirmed the effects of adrenaline infusion on the increased production of lactate in isolated heart tissue, up to five times the normal production.7

For some reason, these findings have not attracted much attention until recently, but I found them intriguing. I began to investigate the importance of stress and resultant lactic acidosis in order to verify a possible causal role for different diseases.

This led to a wide variety of studies, including atherosclerosis, coronary artery calcification, ischemic heart disease, acute myocardial infarction, hypertension, diabetes mellitus, cancer, stroke, Alzheimer’s disease, rheumatoid arthritis, and COVID-19. In all of these articles we concluded that autonomic dysfunction + lactic acidosis was the causal origin for the diseases studied.

Recent studies confirmed that increased lactate in the brain may be a signal of cerebral harm in other medical conditions. For example, it was shown that patients with panic disorder consistently build up excess lactate. The authors of this study have suggested that one of the triggers for “spontaneous” panic attacks in patients with panic disorder might be lactic acid accumulating in acid-sensitive fear circuits.8 A study published in 2017, suggested that lower pH associated with increased lactate levels is not a mere artefact, but rather implicated in the underlying pathophysiology of schizophrenia and bipolar disorder.9,10 Also, cerebrospinal fluid lactate is associated with multiple sclerosis disease progression.11

Other diseases affected by autonomic dysfunction, such as Parkinson’s disease, should be better studied to investigate the possible risk of increased lactate production in the body.12 There is also evidence that a dysregulated autonomic nervous system is common in patients with sepsis and is an early marker of organ dysfunction. Elevated serum lactate levels are common in sepsis.13,14

Additional findings from our research:

“The first inference deducible from the experiments, according to my reading of them, is, that lactic acid has the power, when existing in an animal body in excess, of producing a class of symptoms attaching themselves mainly to the fibro serous textures, and which, regarded in all points of view, are essentially the symptoms of acute rheumatic inflammation.”

“Let us remember that when we inject adrenaline and nicotine causes the most serious disturbances on the part of the animals blood pressure and breathing show, even temporarily, reactions with convulsions, so the assumption is not of that hard to indicate that it is a production or a less destruction of lactic acid. It is well known that rabbits react to adrenaline intake with glycosuria, it would not be impossible that with, simultaneous hyperglycemia, the build-up to sugar is disturbed and a greater build-up of lactic acid and thereby aldehyde formation would be given. We can also make a similar hypothesis for diabetes, in which as is well known, arteriosclerosis occurs frequently. Remarkable is still that even those researchers who investigate arterial changes seen occurring with abnormal diet, report glycosuria and severe metabolic disorders.”

“The establishment in the body of so powerful a group of organs and mechanisms for the elimination of the acid by-products of energy transformation show how vitally necessary is the maintenance of the normal slight alkaline reaction of the body. This indicates that acidosis is a factor in many diseases – acute and chronic – and that the centers in the medulla are stimulated by acidosis. While the higher centers are depressed; it suggests an explanation of the phenomena of anesthesia, and that the ultimate cause of death is usually acidosis.”

The studies and concepts described in the present article provide strong evidence that autonomic dysfunction and its influence on lactic acid production are both causal factors for countless diseases. In our view, the adoption of this concept will open new horizons for the research of novel drugs, or the use of old drugs, that could offer the right solution to fight these causal factors. In this way it would bring alternative treatments that might lead to the cure or, at least, more adequate solutions for both prevention and management of many diseases.

Dr Paul J Rosch, former Chairman of the Board at the American Institute of Stress, deceased on February 26, 2020, was a remarkable researcher, well-known and respected for his scientific integrity. One of the greatest mentors and inspirators I had in medical science. He gave me support and help to some of my ideas. Paul, as a member of the scientific committee of the International Conference of Advanced Cardiac Sciences, (The King of Organs Conference), invited me as one of their speakers in the events held in 2012 and 2019 in the Saudi Arabia Kingdom. Paul has been my co-author in two recent published studies. 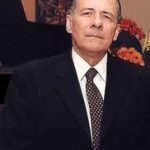 Carlos ETB Monteiro is an Independent Researcher and Scientist. He’s president of the Infarct Combat Project (www.infarctcombat.org) and a fellow with the American Institute of Stress. His book, Autonomic Dysfunction + Lactic Acidosis = Multiple Diseases was launched last year. It is available on Amazon.com. Carlos lives in Sao Paulo, Brazil.