5 hidden causes of stress and anxiety 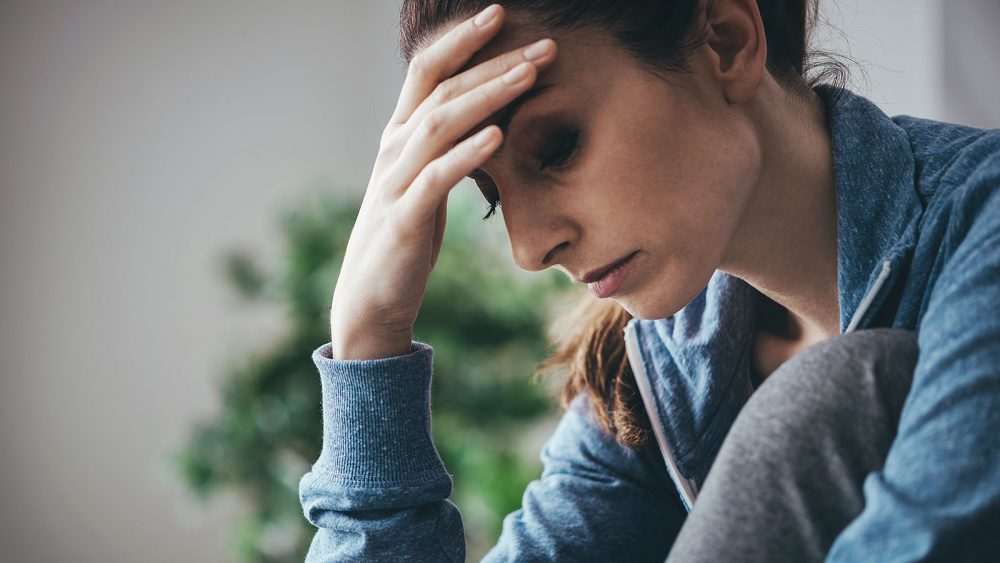 In the 1930s, a young, eccentric researcher named Hans Selye began to study the effects of ovarian hormones on the human body. Each day, Selye would grab a handful of rats, inject them with the ovarian hormones, drop them, and chase them around the lab.

After several months of his quirky experiment, Selye examined the rats and discovered that they had developed ulcers, large adrenal glands, and atrophy of tissues of the immune system. Shortly afterward, Selye injected another group of rats with a completely different solution called saline alone.

The results were shocking: the control group of rats developed the exact same ulcers and other symptoms as the group of rats injected with the hormone.

Puzzled by the results, Selye ran more extreme experiments. He’d subject the rats to intense exercise, extreme temperatures, and starvation. But no matter what procedure Selye used on the rats, the physical effects remained the same: ulcers, large adrenal glands, and atrophy of immune tissue.

In 1936, Selye published his findings in the nature science journal under the paper name, “A Syndrome Produced by Diverse Nocuous Agents.” Contrary to conventional beliefs at the time which stated that specific human diseases led to a specific pathology, Selye argued that every disease can be linked to a biological concept he coined “stress.”

Just like the rats in the experiments, Selye proposed that humans have similar responses to a wide range of stressors, and the longer the stressor exists, the greater the likelihood of illness. [1]

Whilst Selye discovered and popularized the term “stress,” he left us with one puzzling question: What exactly caused the rats in the experiment—or humans in general—to experience stress in the first place?

Why We Get Stressed Out

Before diving into the root causes of stress and anxiety, it’s important that we briefly explore what happens inside the body in response to stressors.

Under stress, several hormones are released into the human bloodstream including the two major players called adrenaline and cortisol, which are both released from the adrenal glands. These hormones trigger a ‘fight-or-flight’ response to external stimuli and suppress the normal functioning of the body, including the digestive and reproductive system.

But stress isn’t always bad. Under the right circumstances, this fight-or-flight response is necessary to avoid danger or overcome difficult challenges. The problem occurs when these stress hormones are constantly released into the bloodstream, despite the absence of danger. The result: chronic stress.

In the book Why Zebras Don’t Get Ulcers, author Dr. Robert Sapolsky, a world-renowned endocrinologist and professor of neurobiological sciences at Stanford University explores the damaging effects of chronic stress and reveals the major causes of it as follows:

In the early 1960s, two cardiologists, Meyer Friedman and Ray Rosenman coined the term ‘Type A’ to describe individuals who tend to be highly competitive, overachievers, hostile, impatient and highly aware of time-pressure.

Studies have not only found that people with Type A personality tend to experience more chronic stress than other humans but Type A carries at least as much cardiac risk as high cholesterol levels or smoking. [2]

This is because Type A personalities perceive the world to be a hostile environment full of stressors that threaten their safety. They are haunted by an underlying feeling of never being good enough and strive with all their might to prove themselves to the world.

Whilst studying nonhuman species, Sapolsky discovered that the levels of stress hormones were highest amongst low-ranking members of social groups and the lowest amongst those who had high social status. But amongst humans, it’s the perception of rank and context that matters more.

For example, a low ranking clerk in a large organization may derive a sense of high social status as the captain of a Sunday league football team. Meanwhile, a high ranking manager within the same organization may feel inferior because he or she is number ten and not number one, in the chain of command.

Within the context of stress, sleep deprivation not only prevents the sleep-induced reduction of stress hormones, but it also causes them to increase. [4]

But that’s not all. High levels of stress hormones reduce the quality of sleep and contribute to insomnia, which in turn creates more stress and less sleep. It’s a vicious cycle.

The importance of sleep is common knowledge worth repeating, including several scientific strategies to fall asleep when you can’t sleep.

According to Dr. Sapolsky, chronic stress and anxiety in adulthood may be triggered by past traumatic events that occurred in childhood including child abuse, an unstable home environment, death or absence of a loved one, and so on.

In fact, a baby in the womb may be imprinted with the propensity for high levels of stress and anxiety, if the mother was under a great deal of stress during the pregnancy.

Even though the traumatic event occurred in the past, the mind of the victim tends to imagine and overestimate similar negative outcomes reoccurring. In a trauma victims world, life is full of stressors that threaten their safety, and the only way to avoid danger is to stay alert and use coping mechanisms. Unsurprisingly, keeping an eye out for danger 24/7 leads to high levels of stress and exhaustion.

According to burnout research pioneer, Dr. Christina Maslach, one of the main predictors of stress and burnout is lack of control. This is particularly prevalent in middle management corporate job roles, often burdened with insufficient control over resources, high work demands and little authority to get the work done in the most effective way possible.

But the effects of lack of control vary amongst individuals based on their past experiences and perception. For some, a lack of control triggers stress and anxiety. For others, however, it’s a source of pleasure and excitement.

Stress Isn’t the Problem. Perception Is.

“The mind is its own place, and in itself can make a heaven of hell, a hell of heaven.”

Whilst there are several hidden causes of stress, there is only one underlying root cause behind it all: perception.

Perception is the lens through which we interpret and make sense of the world around us. It’s the unique blend of images we hold in our minds about ourselves, others, the past, present, and future.

At its core, chronic stress and anxiety are the by-product of a negative perception of reality. That is a lens that sees the world as a dangerous place, and a mind that constantly imagines worst-case scenarios.

In this perceived world, everyone and everything is a potential threat, and constant vigilance—which creates more stress—is the only way to protect yourself from danger. Unfortunately, most of us live in this scarce, highly competitive and dangerous world. But we don’t have to.

There is another world that exists, which can only be seen through a pure, neutral pair of lenses. And the few who live in this world are free from stress and it’s harmful effects.

Through this lens, the world is neither a dangerous or safe place, and scarcity and competition don’t exist. Life reveals itself in new, surprising ways at each given moment in time. We all once lived in this world as innocent little children, before life events, culture and the media, created our current perception of reality.

If the penny drops, you will suddenly realize the truth: the root cause of your stress and anxiety is your conditioning.

We’ve been conditioned from birth to feel inadequate, seek external approval and live in fear. And so, we attempt to control our environment, including imaginary future events in our heads. The result is a stressful life.

Ultimately, those who live a stress-free life are those who have the courage to let go of their conditioned perception of reality, focus only on what they can control in the present moment and let go of everything else.

1. Selye referred to this as general adaptation syndrome.