It’s been a tough year and you’ve earned the right to destroy some stuff. 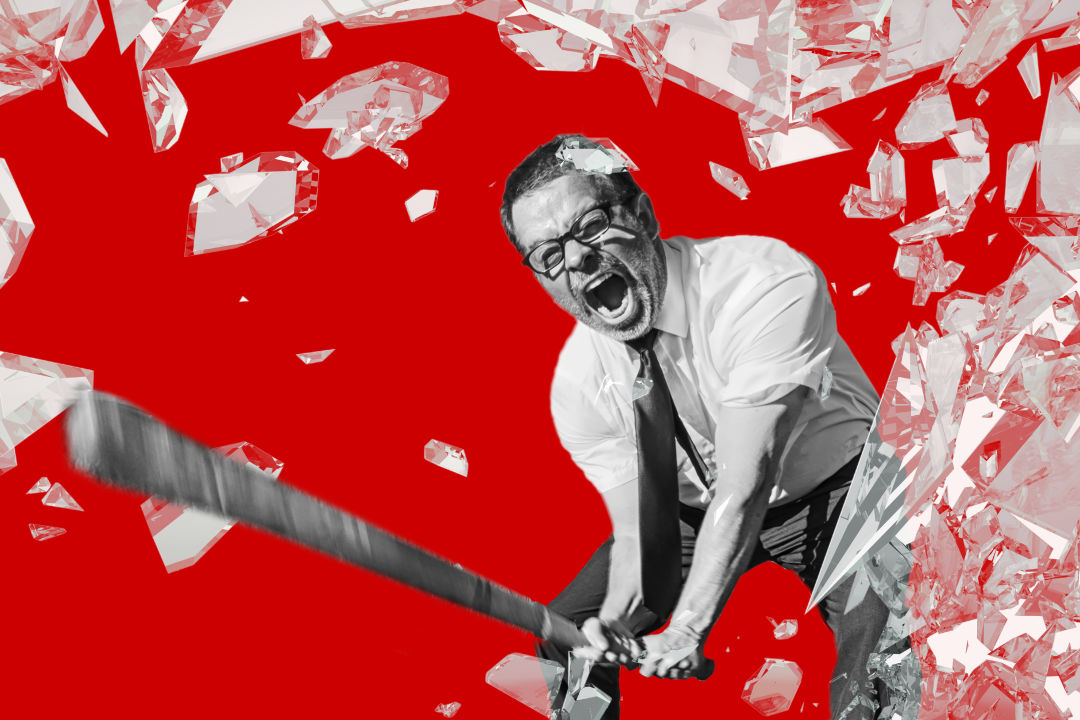 A walk on the beach, or curling up with chamomile tea and a furry friend can relieve stress, but smashing glass and electronics to smithereens really hits the spot for some. And if you’re of that ilk, there’s a no-judgment zone called Smashed! where your rage has a home–you can even blast your favorite music as you take it out on vases and furniture. Popular requests include ACDC and Judas Priest.

And the customization doesn’t stop there. Choose from a golf club to a baseball bat to deliver destruction, and glass, lamps and electronics to smash. You’re even welcome to bring your own detested items that might deserve to be pulverized.

“It’s so euphoric,” says owner Deniz Uzbay. “The first time, you’re worried because you’re told your whole life not to break things. But once you take a baseball bat to a vase it feels great.”

Uzbay moved from New Jersey to Manatee County about three years ago. He used to work with health insurance companies at a private medical practice and has no regrets after a complete career pivot. “It’s nice to work with customers who are happy,” he says–or at least they are after they smash a few things.

The concept isn’t novel. There’s one in Tampa, for instance, but Uzbay opened the only smash room available in the Sarasota and Manatee area a year ago. He says it attracts all kinds, especially “girl groups pissed off at their boyfriends, and divorce parties.” And get this: It’s popular with workplaces, too. “Mondays through Thursdays are dedicated to companies who book smash sessions for team building,” he says.

Cemia Gough says it was a great end to her 17th birthday celebration that didn’t go according to plan. After having a fine time of taking out her frustrations on some plates and statues, she applied to work there and is now employed full time over the summer. The comment she hears the most from novice smashers is, “Wow. I needed that,” she says.

Rooms are roughly 12 feet by 12 feet with padded walls and wooden floors. Smashers must wear closed shoes and protective gear is provided, including masks, goggles and gloves. For safety, one person at a time places their items on barrels and smashes them to their heart’s content while the rest of the group watches until it’s someone else’s turn. The items up for destruction are mostly sourced from Goodwill, Gough says.

Prices to smash differ depending on group size and time, from $40 for half an hour for a “solo smasher” to $120 for 45 minutes for a group of three.

Uzbay owns it privately but is considering franchising after receiving multiple inquiries.