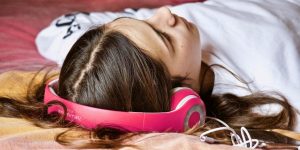 People nowadays lead a hectic life. The demands of the environment are increasing and we want to meet all those expectations. Career prospects, personal ambitions, and social pressure are the basis for this. We are lucky that our bodies are quite flexible: to a certain extent, we adapt to the changing circumstances. For example, we eat more salted chips, because that increases our blood pressure and makes us better able to cope with the demands of our environment. But of course, the question is what the effects are on our body in the long run; there certainly will be more people with chronically raised blood pressure, with all its consequences for cardiovascular diseases. There are all kinds of health aspects to chronic stress that form a challenging field of work for scientists.

Geert van Boxtel, an associate professor in cognitive neuropsychology at Tilburg University, is one of those scientists. He has been researching the relationship between the brain and our behavior since the 1980s. For quite some time he was mainly concerned with the theoretical aspects, to find out all about the biological foundations of behavior. “You’d like to unravel mankind just like you can take apart an old-fashioned alarm clock, to see how it all functions.” But that’s easier said than done, Van Boxtel admits. “My motivation in all my research is always to get a better understanding of what people are like. But more and more I have shifted from the purely theoretical to the more application-oriented research. So the question arose whether you can not only make the measurement of stress more reliable on the basis of more knowledge of the biological systems but also how to apply this knowledge meaningfully into something that can benefit large groups of people.”

While searching for answers, Van Boxtel also came into contact with Philips Research and the Electrical Engineering faculty of the TU Eindhoven. “Electrical engineering can do things that psychology can’t, and vice versa. Together with TU/e’s Jan Bergmans, we explored the field of neurofeedback: in a number of projects, we investigated the interaction between brain and behavior. At a certain point, we also started to involve the effect of music on this.” Among other things, it led to the doctoral research of Marian Dekker and – more recently – the creation of Alphabeats, a startup that uses music to de-stress the brain.

But how does that actually work, music as a way to control your stress level? Van Boxtel: “To answer that question, we first have to take a few steps back. Suppose you have a problem with your heart. Your cardiologist will then instruct you to avoid stress as much as possible. Well meant of course, but the question is: how do you do that? The problem you run into is that there is no generic answer to that question. It’s all very personal. For example, one person will feel better when performing yoga, and another will rather go out fishing. But the question remains: do you actually create real peace in your head in this way? Even while fishing or meditating, you may still be extremely excited. So then it’s interesting to know if you can measure stress and if you can trace that back to the person in question, in a thermostat-like feedback system. Because what we already know is that people let themselves be influenced by feedback.”

Still, the measuring is just not as simple as it sounds, says Van Boxtel. “You can measure the heart rate and then find that there is more stress when the heart rate is high, but you could confuse cause and effect. An example that I always like to give is about running, something I used to love doing until I got an ankle injury. Now suppose that injury is suddenly gone and I would start running again. If you would ask me how I feel after a nice run in the park, that would most certainly be a 9 on a 10-point-scale, so happy I would be that I could be running again. But my heartbeat would still be going in all directions because, of course, my physical condition is lousy. Whoever would do a heartbeat measurement at that moment, could wrongly conclude that I am enormously stressed. That’s exactly the problem with stress: we learn more and more about it, but there is so much individuality in it that the examination becomes very difficult. The same factors do something very different for you than they do for me.”

Control over your alpha waves

Maybe music could add that necessary individual element, was Van Boxtel’s assumption at one point. “Most people can enjoy their favorite music enormously. Now try to imagine that you can connect the information from your heartbeat or brain activity with the musical experience. For example, by ‘translating’ a higher heart rate into a poorer quality of the music and by making the music sound beautiful and full when the heart rate is lower. On the basis of this idea, we conducted a number of pilots in Marian Dekker’s research. The idea was to give people control over the alpha waves in their brains. For that purpose, we asked people to sit in an easy chair, relax, and listen to their own favorite music. Philips Research helped to manipulate the music: certain tones were filtered if the test subjects showed a bad alpha rhythm, and they were played in the right way if their alpha rhythm was good again. And that actually worked surprisingly well – and fast. We were able to show that everyone is able to adjust their alpha rhythm quite easily that way.”

The first step had been taken, but Van Boxtel and his colleagues weren’t there yet. The crucial question remained: does changing your alpha rhythm also lead to an adjusted stress level? “Of course, proof of controlling one’s stress level remained the ultimate goal. But that turned out to be a lot harder to prove reliably. Not surprising, because the stress level is a very subjective thing and the brain is such a complex system. So then we thought: if we wouldn’t focus on the brain but on the cardiovascular system, on heart rate and blood pressure, what then? It has long been known that the more stressed you are, the more regular your heartbeat becomes. Yes, the heart tends to beat faster, but under mental pressure, it also starts beating more regularly. In addition, there appears to be a certain periodicity; an important one is an interval of 10 seconds or 0.1 Hertz. Next to that, you see another one that is more related to your breathing; that is an interval of 3 seconds. The 0.3 Hertz variant.”

Previous studies had already shown that this 10-second periodicity is a very nice natural rhythm. So Van Boxtel continued to build on that. “We went to see what would happen when you would bring people into that slow 10-second breathing rhythm. So you go from 0.3 Hertz to 0.1 Hertz and theoretically you would do the right things for your cardiovascular system. The Alphabeats app is now built on that assumption. In the tests, this turns out to work very well after just ten minutes. How exactly? Similar to Marian Dekker’s research, Alphabeats makes the music sound good when you’re in the desired breathing rhythm, and bad when you’re in the wrong rhythm”. This takes Van Boxtel’s research a step further, but the question still remains as to what the measurable effect is on the experienced relaxation, and whether this is better therapy than others, such as mindfulness or yoga. “Moreover: if you just sit down with headphones for 10 minutes, then you would also already be relaxing. So now the question is: what exactly does the Alphabeats addition contribute to the extent to which you can relax? More research is needed to find that out.”

And so for the time being there will be no end to the collaboration between Van Boxtel’s research group, Alphabeats and Philips Research. “For me, it’s interesting to link my scientific knowledge to their more commercial applications, because at the end that also provides us with new knowledge. Actually, it’s an ideal collaboration: Philips Research’s goal can be to find new patents, for Alphabeats commercial success is important, and I focus on relevant publications to increase scientific knowledge.”