Life is full of ups, downs, and inevitable stressors. But as we age, our stress triggers will change—and our reactions to them might too. Here’s the latest on what we know about how the stress response seems to shift as we get older, and how we can keep it in control throughout our lifespan.

How our age affects the way we react to stress. 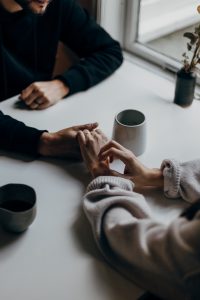 First, it’s important to note that everyone reacts to stress differently and you can’t pigeonhole entire age groups. But generally speaking, research shows that your ability to manage stress isn’t static—it waxes and wanes over time.

Part of this is inevitable and biological. Hormonal fluctuations during puberty and perimenopause can make us particularly susceptible to stress during these periods, for example. Past circumstances also play a role. Some people have had to go through more periods of stress and trauma than others, which can affect the way they react to hardship.

But interestingly enough, there is a growing body of research finding that our ability to regulate our emotions seems to improve with age. Take one study out of Stanford University, which included 184 adults of various ages. Starting in 1993, participants were asked to record their emotions (both positive and negative) multiple times over the course of a week once every five years. This data collection lasted 15 years, and the results were published in 2011.

At the end of the study, researchers found that, overall, self-reported emotional well-being increased with age. As participants got older, their outlooks also tended to even out and there was less variability between positive and negative emotions. And finally, those who experienced relatively more positive than negative emotions in everyday life were more likely to have survived over the study period, suggesting a link between emotions and longevity. “The observation that emotional well-being is maintained and in some ways improves across adulthood is among the most surprising findings about human aging to emerge in recent years,” the paper reads.

Now, this study didn’t focus on how stress, in particular, affects mood over time. But some shorter-term research focused on stress has also found that older adults tend to maintain a positive mood in the face of it than younger ones do.

Lifestyle physician and stress educator Cynthia Ackrill, M.D., suspects that this has to do with the widened viewpoint that age can bring. “You’ve been through a lot so you have a longer perspective to know that this too shall pass,” she tells mbg.

Amy Lorek, Ph.D., of the Center for Healthy Aging at Penn State University adds that, on average, older adults have accrued more self-awareness with time, giving them a better handle on their personal stressors.

“When we have a better understanding of our lives, we get better at selecting the things that are meaningful and important for us,” Lorek says, adding that “older people actively opt out of things that are going to produce stress.”

This may be true more generally, but again, Ackrill reminds us that stress is personal. While someone who has always practiced healthy stress management routines might find them strengthened with age, in her work she’s seen the opposite to be true too. Someone with poor coping mechanisms might find that they have even more trouble handling stress as they get older. Some relaxing practices like exercise and social interaction can also become more difficult for older folks, especially if they have mobility issues or live alone.

The good news is that stress management is a skill that can always be trained—and it’s never too late to practice it.

A lifetime of healthy stress management.

To better manage stress for the sake of your mood (and potentially your longevity), Lorek and Ackrill both say that rest is key.

“Stress is part of life. It’s not all bad. What we’re missing is the recovery period,” Ackrill explains. Taking the time to return to neutral after a particularly stressful day will help keep you out of the chronic fight-or-flight mode that can predispose you to certain health issues.

Everyone will have their own way of doing so, and you’ll likely find what works for you changes over time. The important thing is maintaining enough self-awareness to recognize when you’re feeling on edge and when you’ve returned to a calm state, which Ackrill describes as mentally rested, emotionally balanced, and spiritually connected. “The more that we learn what that neutral feels like, the better we can get at learning how to return to it,” she explains.

Connecting to your social network, eating a nutritious diet, drinking plenty of water, exercising, sleeping, and practicing mindful activities like breathwork are simple stress management practices that Ackrill has seen be particularly effective.

Lorek, who has conducted research on the effects of leisure time, adds that your stress recovery should also feel meaningful to you. While you might want to watch TV as a way to recover from stress, consider how you feel after doing so. Are you recharged and restored, or just entertained and detached?

“The way I like to think about leisure is that I’m fully engaged in the experience and not necessarily escaping into something else,” she explains.

The goal is to have leisure be something that helps us connect to the core of ourselves in a meaningful way, so we can better show up to all elements of the world—stressful and all.

While everyone will react to stress differently, there do seem to be some similarities between age groups. In general, many older people tend to be better at managing stress because they have the perspective to know that it will pass and the self-awareness to know how they can get through it. By developing these skills, you’ll help set yourself up for a long, meaningful, and resilient life.