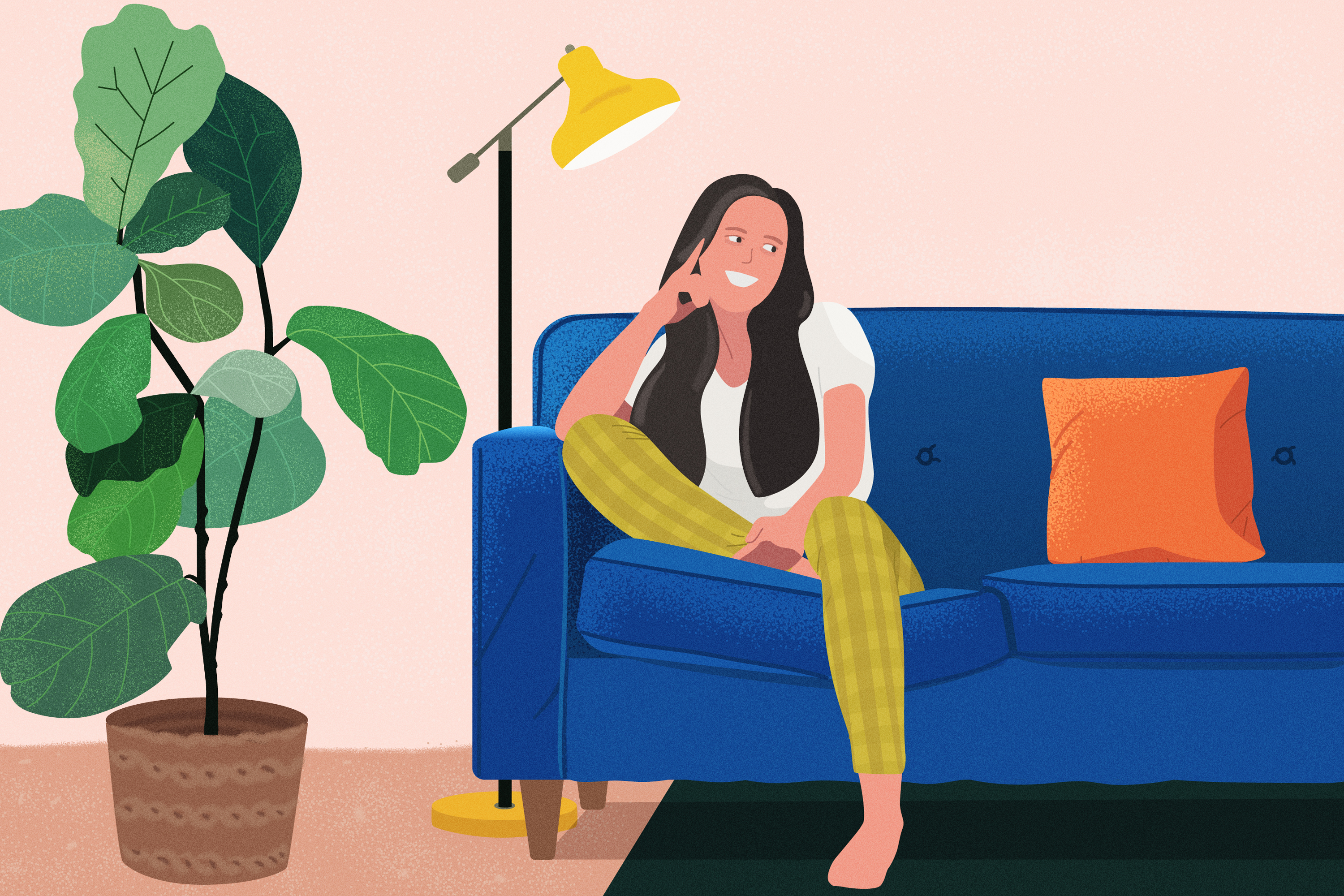 First there was hygge, the Danish concept that made staying in and getting cozy cool. Then there was lagom, the Swedish mindset of approaching life with an “everything in moderation” mindset. Now there’s another Northern European trend that’s being embraced as a way to combat our increasingly busy and often stressful lives: niksen. The Dutch concept is as simple as, well, doing nothing.

Niksen “literally means to do nothing, to be idle or doing something without any use,” says Carolien Hamming, managing director of CSR Centrum, a coaching center in the Netherlands that helps clients manage stress and recover from burnout. Practicing niksen could be as simple as just hanging around, looking at your surroundings or listening to music — “as long as it’s without purpose,” she says, and not done in order to achieve something or be productive.

Think “simply sitting in a chair or looking out of the window,” says Ruut Veenhoven, a sociologist and professor at Erasmus University Rotterdam in the Netherlands who studies happiness. Whereas mindfulness is about being present in the moment, niksen is more about carving out time to just be, even letting your mind wander rather than focusing on the details of an action.

“We should have moments of relaxation, and relaxation can be combined with easy, semi-automatic activity, such as knitting,” Veenhoven says. “One aspect of the ‘art of living’ is to find out what ways of relaxing fit you best.” There’s not necessarily a one-size-fits-all approach; rather, you’ll discover which behaviors are most effective for you though trial and error, he adds.

What are the potential benefits of niksen?

In the Netherlands, niksen has historically been dismissed as laziness or as the opposite of being productive, Hamming says. But as stress levels climb in the U.S. and globally and their crushing health impacts, like burnout, are getting more recognition from the medical community, doing nothing is increasingly being framed as a positive, stress-fighting tactic.

“Everyone is looking for some way back to ease and connection,” says Eve Ekman, director of training at the Greater Good Science Center at the University of California, Berkeley, who calls the national levels of stress among adults and teens in the U.S. “daunting.”

But Ekman, who studies stress and burnout, says the research is strong when it comes to the benefits of slowing down, from emotional perks — like reducing anxiety — to physical advantages — like curtailing the aging process and strengthening the body’s ability to fight off a common cold. These potential health effects might be enough to encourage even the most hectic and overburdened among us to consider carving out time to practice niksen.

Another benefit of niksen is that it can help people come up with new ideas, according to Veenhoven, who is also the director of the World Database of Happiness, an archive of research related to life enjoyment. “Even when we ‘niks,’” or do nothing, “our brain is still processing information and can use the available processing power to solve pending problems,” he says, which in turn can boost one’s creativity. This could manifest in having a breakthrough solution to a problem on a walk or a great business idea reveal itself while daydreaming.

Research also supports the idea that doing simple tasks that allow your mind to wander can foster creative problem solving, even improving your ability to work through a problem you might have been stuck on earlier. A 2013 study published in Frontiers in Psychology, on the pros and cons of a wandering mind, showed that this process can help an individual get inspired about achieving his or her goals and gain clarity about the actions to take in order to meet those goals in the future.

How do people practice niksen?

For many, doing nothing isn’t as simple as it sounds. In fact, it can be somewhat challenging to sit still and stare out a window, for instance. Hamming says it can even feel “quite creepy” at first, when people are used to doing something at all times. She encourages her clients to push through the discomfort, taking a few minutes each day to practice niksen (she recommends using this resource for accountability) and to work up to longer stretches, ideally reserving one evening a week without appointments and obligations. “Dare to be idle,” she says. “It is all about allowing life to run its course, and to free us from obligations for just a moment.”

What are the possible downsides of niksen?

Scientific literature suggests that a drawback of letting the mind wander for too long could be getting “caught up in ruminations” rather than feeling refreshed, Ekman says, which may have some physiological effects. In the 2013 study, Pros and Cons of a Wandering Mind, researchers observed participants had an increased heart rate for a 24-hour period after the mind wandering exercise and had trouble falling asleep the next night. (The researchers noted, however, that these consequences in the immediate aftermath were not predictive of people’s emotional states in the long-term and that daydreaming — especially about family and friends — is associated with higher life satisfaction.)

“We need to train our minds to wander in a way that’s imaginative and creative,” Ekman says. Some “gateway” practices to niksen could be taking a walk in nature or writing a letter of gratitude, she suggests, as a way of easing into what true downtime feels like.

And of course, it’s not practical to practice niksen constantly — we can’t do nothing all the time. Rather, carving out time to be idle balanced with an active lifestyle can maximize the benefits of niksen, according to Veenhoven. “Though rest is functional and may make one feel better after activity, it is not a main way to happiness in the sense of life satisfaction,” he says. In fact, people who participate in more productive activities tend to be happier due to more robust social connections and a stronger sense of self-efficacy, according to a 2016 study of older adults. Research has also shown that happiness begets productivity, meaning there’s a correlation between relaxation, happiness and productivity.

What it all comes down to is finding out what ways of relaxing fit you best, says Veenhoven, whether that’s something actively passive and somewhat second nature, like knitting or taking a walk — as long as you’re giving yourself permission to niks regularly and without an intention.

Originally Published by Time and written by Sophia Gottfried