Overwhelmed and Stressed? Why You May Be Feeling Crisis Fatigue 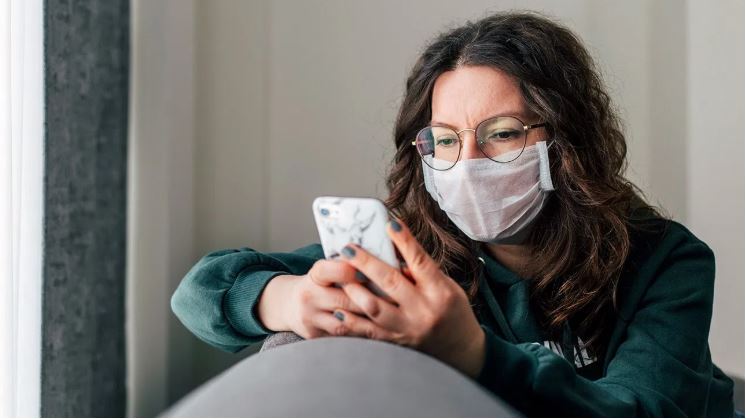 When stress becomes chronic and persists for weeks, months, or years, it can have harmful effects and lead to crisis fatigue. Getty Images

The year 2020 has so far been a difficult one for many.

The COVID-19 pandemic has been a significant source of worry and stress for months now, with no end in sight.

On top of this, there have been protests, both peaceful and violent, as people strive to find justice in the wake of George Floyd’s death.

With the unrelenting stress of these events, many are feeling a wide range of negative emotions, such as sadness, anxiety, anger, and fear. Yet others have progressed to simply feeling numb or tired.

This emotional state is a condition that has been dubbed “crisis fatigue.”

What is crisis fatigue?

According to Dr. Petros Levounis, professor and chair, department of psychiatry, Rutgers New Jersey Medical School, we go through four stages in response to a crisis.

First, there is the heroic phase. “Here, everybody gets together and there is a lot of action of people trying to respond by doing what needs to be done during the crisis,” said Levounis.

Next, there is the honeymoon phase, where people feel good about being a part of the community.

“Invariably after that is the disillusionment phase,” said Levounis, “which is where we’re entering now… and that is when we face crisis fatigue.”

This phase can last several months, he added, with people feeling very bad during this time until they begin to work on recovering and rebuilding after the crisis passes.

As to why crisis fatigue occurs, Firdaus S. Dhabhar, Ph.D., a professor in the department of psychiatry and behavioral sciences, and the Sylvester Comprehensive Cancer Center, at the University of Miami Miller School of Medicine, said, “The fight-or-flight response, or short-term stress, is our friend.

“The biological stress response can protect us during challenging situations or crises.

“However, when stress becomes chronic and persists for weeks, months, or years, it can have harmful effects, and in particularly repetitive or severe conditions, could lead to crisis fatigue.”

Adding to this, Levounis further explained that people invest a lot of energy in the early phases, but the human body can’t sustain a high adrenaline state for a long time, making a crash inevitable.

What are the symptoms of crisis fatigue?

Levounis said that the symptoms could go in one of two directions.

“One is the hyperarousal, or high anxiety, state where people are irritable and any little thing may get them triggered,” he said.

“Even a reminder of the crisis could result in a disproportionate emotional response from the person.

“The other side,” said Levounis, “which is more severe and more significant, and also less easy to diagnose, is when people are withdrawn.

“Instead of high anxiety, they show no anxiety or they resign to the crisis and don’t seem concerned about the crisis or situation.

“They show no concern regarding the things that need to be done or consequences that may result from the crisis.”

Other symptoms could include changes in sleep patterns, changes in appetite, and disruption in a person’s normal routines.

What can you do about it?

Levounis said that while we can’t always avoid crisis fatigue, there are things we can do to make it better.

Some of the things that he suggested include:

In addition to these suggestions, Dhabhar added:

Both Dhabhar and Levounis said it’s important to seek help from a mental health professional if these self-help measures aren’t enough.

If you’re experiencing symptoms like losing or gaining weight, not sleeping well, or just not functioning well in your daily life, these are all signs that you may need additional help, said Levounis.

Dhabhar added that it’s important to note that you may not need to see a mental health professional for a long period of time.

“In many cases, the right kind of guidance and direction for a short period of time could set you on the right track and enable you to avoid further problems,” he said.

Although we initially respond well to a crisis by producing more stress hormones to help us deal with it, we can’t go on like this for a long time. We will eventually experience what is known as “crisis fatigue.”

There are many steps we can take to mitigate crisis fatigue, such as taking care of our physical health and staying connected with friends and family.

However, if this doesn’t help, experts recommend that you talk with a mental health professional.