Post-election stress: Uncertainty is a major source of stress. 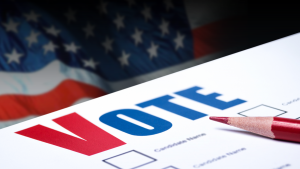 Nobody likes uncertainty, especially after voting. We have grown accustomed to dealing with it before an election, but we have very little tolerance for it after an election. In fact, we’ve all gotten used to – even spoiled by – having a definitive election result, by the next day at the very latest.

Learning how to deal with uncertainty and the stress associated with it, is an important part of living in an uncertain world. This article on uncertainly on the website “Insider” really does a great job of explaining the harmful effects of uncertainty on the body. It makes the point that a brain is a prediction machine and it can’t function properly in times of great uncertainty.

The more uncertain our world is, the greater the difficulty we have deciding what we should do next and the more we activate the fight or flight (or stress) response as a result of that uncertainty.

“If you are constantly aware and preparing for uncertainty and potential bad outcomes, and thus are constantly in fight-or-flight mode, you build up a chronic stress pattern and make yourself more prone to fear and anxiety,” says Rebecca Sinclair, Ph.D., a psychologist.

If we want to get better at handling uncertainty experts suggest that we need to acknowledge the areas of uncertainty in our lives that we have ALREADY learned to live with, like every time we drive on a major highway. We’ve even gotten comfortable with the major uncertainty of not knowing when we will die, too, which seems to me, should be a lot more challenging to deal with than waiting a few days to find out who is going to be our next president. But that’s the trick to dealing with uncertainty: It’s not so much WHAT the uncertainty is, it’s whether we’re familiar with it.

Uncertainty has always been a part of the post-election process; we just didn’t always realize that it was. Those of us old enough to remember the Gore-Bush presidential election remember that the uncertainty of that outcome went on for over a month while Florida counted and recounted ballots that in some counties were hard to read. We just had to adjust to not knowing the outcome of that presidential election for weeks and weeks.

So counting ballots, sometimes for weeks after the polling is over, is not uncommon. What is uncommon is when counting ballots holds up the entire election. And when the voting is close, there’s no way to predict how the end result is going to turn out, particularly if the votes yet to be counted come from an area of the state that is a stronghold for the person NOT currently in the lead in that state. The modern way of projecting winners on election night has given us the illusion that the counting is done by the end of the evening.

(Due to Covid19, I didn’t feel like waiting in a long line with strangers, so my wife and I voted “by mail” this year. We always voted in person before. The above picture is pretty much exactly what my absentee ballot looked like. There was an outer envelope and an inner envelope with my name on it, so it couldn’t be confused with anyone else’s ballot. We dropped the ballots at a ballot drop box at my local town hall. In Connecticut, like many other states, they couldn’t start counting absentee ballots until Election day. )

So while we’ve become accustomed to almost always knowing who our president is going to be by the end of the evening, or certainly by very early the next morning, that has just been a luxury of being able to “project” winners based on several variables in play at the time such as the victor in that state having an overwhelming lead so that additional counting – while it ALWAYS takes place, usually doesn’t hold up announcing the winner. This year that is not the case. Additional counting MUST be done to determine the winner.

So how do we deal with this uncertainty in the meantime? A researcher at Yale, Erin Reed cautions: “Unexpected change, whether social or not, may constitute a type of threat.  Paranoia may be a response to uncertainty in general, and social interactions can be particularly complex and difficult to predict.”

We are already seeing paranoia creep in about counting ballots after the election is over as if counting ballots after election day were something out of the ordinary. (In the places where these votes are counted there is always an “adjudication committee that consists of a Republican, a Democrat and an Independent watching over the process and making collective judgments on any ballot that is unclear.) This, as we have already pointed out, happens EVERY ELECTION, we just usually aren’t so aware of it as we are this year.

So we must be careful not to confuse counting legitimate ballots submitted by-election day with voting after the election is over. The first situation has ALWAYS been allowed and the second situation has NEVER been allowed.  The only thing different this year is this counting process is taking longer to do since so many people voted by mail as the result of the pandemic.  Confusing these two very different situations hints at the paranoia that Dr. Reed is talking about in the previous paragraph.

So here are five quick tips to help you learn to live with a little anxiety while the votes are being carefully tabulated by officials in each state who have been taking care of this process for as long as elections have been taking place: