Stress Is A Key To Understanding Many Social Determinants Of Health 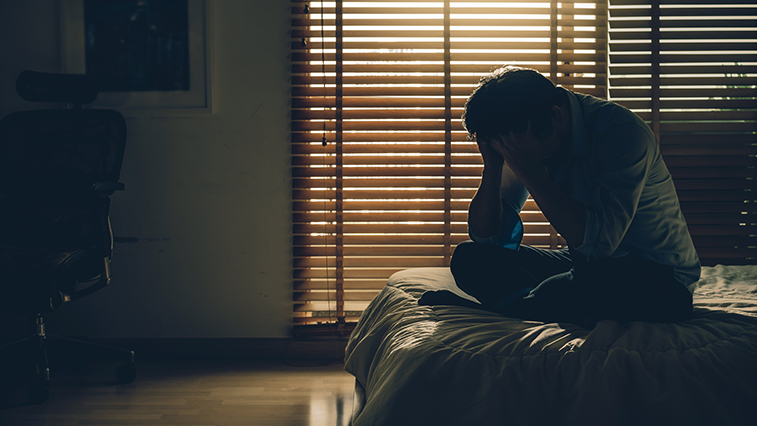 Good health is not evenly distributed in the United States. Racial and ethnic minorities and those who live in socioeconomically disadvantaged circumstances are more likely to suffer from poor health compared to socioeconomically advantaged and white counterparts. How and why these disparities emerge and persist is complex and multifaceted. However, it is clear that the social conditions in which people live are fundamental in shaping health trajectories, and that the stress created through these social conditions serves as an important pathway driving poor health and furthering health disparities (for a more extensive discussion, see Stress and Health Disparities from the American Psychological Association).

The term “stress” has become so incorporated into our culture and language that some have suggested the term itself should be abandoned entirely due to its lack of precision. However, others, including myself, still find stress a meaningful process for understanding variation in disease risk. But how do we define stress? The traditional psychology definition for stress comes from Stress and Coping Theory, where stress is experienced when the demands of a situation outweigh one’s resources to meet or mitigate those demands. Therefore, people can experience stress when they are exposed to high-intensity, threatening demands, particularly when those demands are unpredictable or uncontrollable, and when demands are relatively minor, often called daily hassles, if the individual perceives a lack of resources to cope with these demands.

A Clearly Established Link Between Stress And Health

The links between stress and health are well documented, and as anyone who has experienced an illness knows, the connections between these two things are bidirectional. That is, while much of the research has focused on the influence of stress exposures on the development and progression of the disease, health problems themselves, particularly those that are threatening and uncertain, can serve as stressors.

The literature on stress as a predictor of disease is vast and heterogeneous; however, there are several health outcomes that are reliably tied to stressful experiences, including many of the illnesses responsible for a large proportion of comorbidities and deaths worldwide, such as depression and cardiovascular disease. Indeed, prospective studies show that the experience of major stressful life events often precedes and predicts the clinical onset of depression and its subsequent reoccurrence. Moreover, among those who are depressed, the subsequent experience of a stressful life event is associated with worsening depression and a longer duration of illness. The link between stress and cardiovascular disease is also fairly robust. This is not surprising given that stress is associated with many of the early risk factors for cardiovascular disease, including hypertension, elevated inflammation of the immune system, dysregulation of lipid and glucose levels, and central adiposity. Chronic stress exposure has prospectively been linked to the development of clinical cardiovascular disease as well as more aggressive progression and increased cardiovascular-related mortality. Moreover, acute stress exposure (for example, experiencing a natural disaster) has been shown to trigger heart attacks among individuals with preexisting heart disease.

How Does Stress Get “Under The Skin”?

There are a variety of pathways through which the experiences of stressful events can influence the onset or progression of a clinically defined disease. These pathways include alterations in emotional processes including regulation of emotions, which can lead to increased anxiety, fear, and depression; changes in health behaviors, such as a tendency toward poorer nutrition (for example, stress eating), excess consumption of alcohol, tobacco, and illicit substances, and impaired sleep; and changes in neurohormonal systems, including activation of the sympathetic arm of the autonomic nervous system to release catecholamines such as epinephrine and norepinephrine and the activation of the hypothalamic-pituitary-adrenal axis to release cortisol. Alterations in these pathways can potentially lead to downstream harm of important major organs, such as the liver, heart, and brain, as well as critical bodily systems, such as the endocrine, immune, and cardiovascular systems, that could ultimately lead to disease. Exposure to stressors, if chronic or repeated, is thought to lead to wear and tear on the body, raising the likelihood of poor health.

The timing of when stress happens in the life course matters with respect to health outcomes. In this regard, there has been increasing attention on the effects of stress exposure, particularly trauma exposure, in childhood on later health. Childhood is an important, sensitive period when stress exposure can exact a long-lasting toll on health, with numerous studies demonstrating that adverse childhood experiences predict increased risk of developing chronic illnesses in adulthood life and increased premature mortality. Moreover, adverse childhood experiences may also shape one’s likelihood of being exposed to additional stressors later in life. Furthermore, there is growing evidence that stressful experiences in childhood can lead to enduring biological changes (for example, alterations in DNA methylation patterns) and behavioral tendencies that may provide short-term adaptive advantages but ultimately confer elevated disease risk in later life.

Stress is a part of life, and exposures to stressful experiences are generally unavoidable. However, not all stressful experiences are created equal. Chronic stressors (those that last for more than six months) are thought to be more harmful than short-term stressors, largely because of the notion that stress can result in wear and tear on the system. There are of course exceptions, such as traumatic events such as rape or physical assault, where the event itself may last a short time but still have long-term mental and physical health effects. Additionally, there are some data to suggest that certain types of stressors may be more potent than others. Overall, some of the most harmful stressors are those that threaten an individual’s sense of competence or status in domains that are core to that individual’s identity. These include broad categories such as interpersonal problems, loss of social status, and employment difficulties.

How does stress contribute to health disparities? The first important fact is that, like health, stress exposures are not evenly distributed across the population. Individuals from racial/ethnic minority backgrounds and those with low socioeconomic status (SES) experience more stress exposures across the life course than more well-off populations. For example, individuals lower in income and education tend to report more frequent daily hassles than higher SES individuals. Similarly, racial minorities often report greater levels of perceived stress, a finding that in some cases is independent of SES. Individuals living in low SES environments also experience greater threats to safety across their lifespan, and this may lead to increased vigilance for threats in the environment. Furthermore, racial/ethnic minorities and low SES individuals may also lack many of the resources needed to cope with demands. The simplest example is to think about tangible resources such as money. Getting a flat tire on the way to work can certainly be a hassle for anyone, but for someone who cannot afford to get it repaired immediately, this may be more serious. Furthermore, it may set in motion a sequence of additional stressors, such as an inability to get to work, which in turn affects one’s ability to earn a living wage and pay one’s rent/mortgage, and so on.

Finally, and particularly salient to health disparities, is the role of discrimination as a stressor. This will be the topic of a forthcoming, related Health Affairs blog post. Discrimination is widely considered a chronic stressor that can occur at multiple levels, including cultural, institutional, interpersonal, and internalized levels. At each level, this can create excess demands for the individual and shape one’s expectations for the future, which can alter one’s health trajectory.

Stress is an important pathway through which the social and physical environments affect health. Stress can directly affect biological processes integral to the development of disease and drive the use of maladaptive health behaviors that can put individuals at risk for poor health outcomes. While stress is inevitable at times for all, prevention and intervention strategies can reduce the impact of stress on health. There are opportunities for policymakers to address the causes and consequences of stress. First and foremost, addressing some of the upstream contributors to stress is paramount. Policies that provide greater autonomy, such as flex time for employees and telecommute options to cut down on commute times, can reduce time demands and lessen work stress. Policies to reduce stress exposures, particularly in populations that experience a disproportionate number of exposures, could lead to better health in those populations. Additionally, resources to better help individuals cope with stress and build resilience is an active area of research. Stress reduction programs, such as mindfulness-based stress reduction, have been shown to be effective for some; however, given the diverse populations affected by stress, investment in tailored protocols that better meet the unique needs of each person will likely produce more robust reductions in stress and promote better health in the long term.

Original Post by Aric A. Prather
Editor’s note: Health Affairs’ ongoing series of Health Policy Briefs, sponsored by the Robert Wood Johnson Foundation, focuses on the social determinants of health. Last week, we released the first brief of 2020, “Precarious Work Schedules And Population Health” by Kristen Harknett and Daniel Schneider. Previous briefs have explored health-related issues associated with housing, income, and early childhood interventions. Forthcoming briefs will address other social determinants, including social isolation, childcare subsidies, and multisector approaches to suicide prevention. In most, if not all, of these areas, stress makes a crucial contribution to many of the health outcomes—and health disparities—discussed in the research. We asked health psychologist Aric A. Prather of the University of California, San Francisco to write the following post, which provides an overview of the causal pathways linking stress and health.