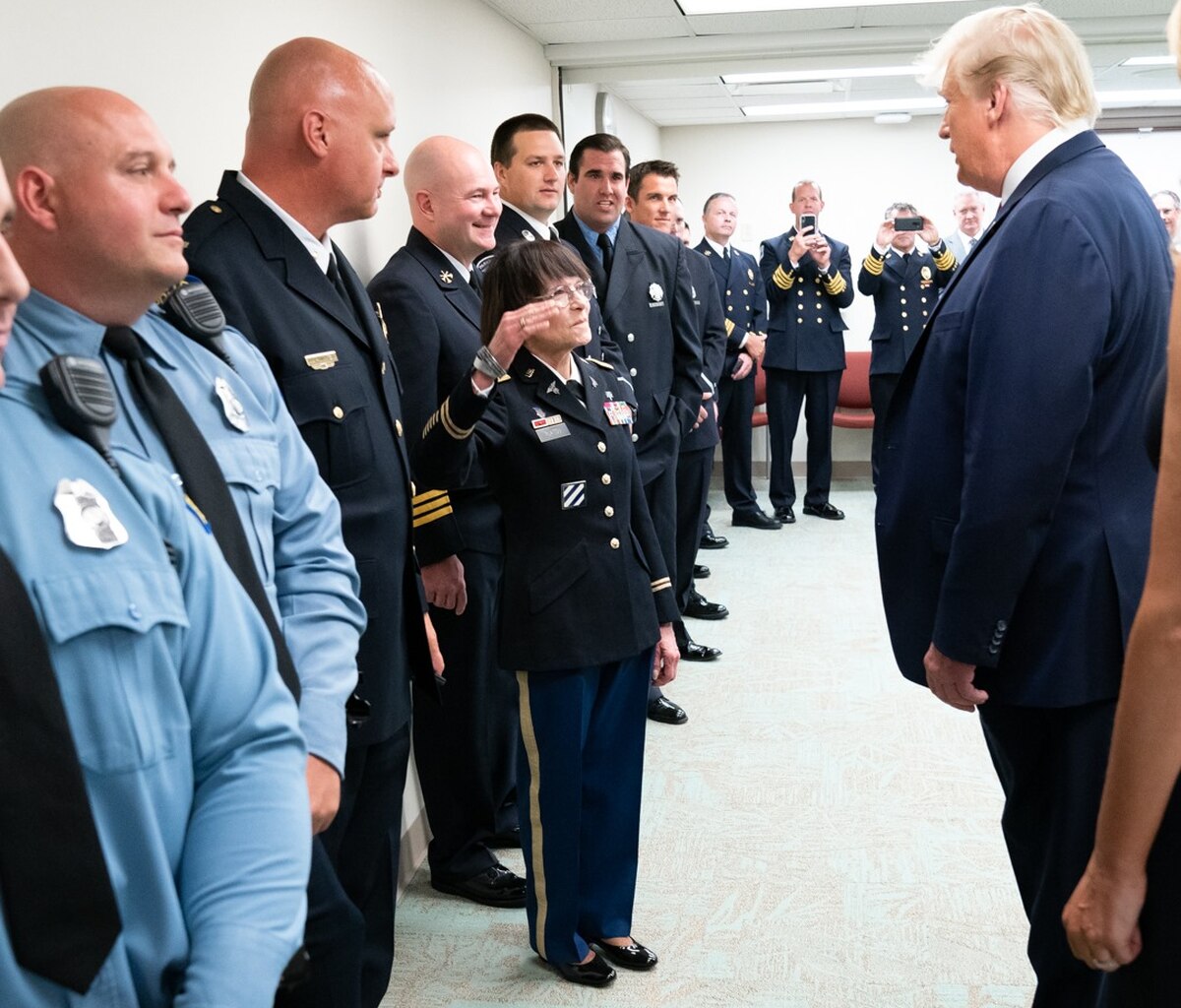 Retired Army Col. Kathy Platoni is uniquely qualified to counsel the survivors of mass shootings: Not only is she psychologist trained in combat stress, but in 2009, she lived through one herself.

Those skills and lessons learned are coming in handy today, as she guides Dayton, Ohio, first responders through the decompression, grieving and healing process after an Aug. 4 attack on a downtown bar that killed 10 and injured another 27.

“I use my own experiences and I weave them into the therapy session,” Platoni told Military Times on Tuesday. 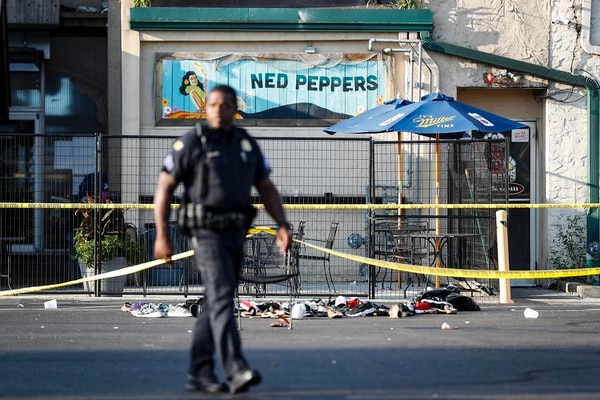 Shoes are piled outside the scene of a mass shooting including Ned Peppers bar, Sunday, Aug. 4, 2019, in Dayton, Ohio. (John Minchillo/AP)

Platoni’s practice in Centreville, Ohio, has a contract with the city of Dayton, where she regularly counsels police after officer-involved shootings or other traumatic incidents. She honed those skills as an Army psychologist, deploying to Operation Desert Storm, Iraq and Afghanistan as a combat stress expert.

And on Nov. 5, 2009, she herself survived a mass casualty event at Fort Hood, Texas, as her unit was preparing for an Afghanistan deployment.

Platoni and other members of the 467th Medical Detachment, a Madison, Wisconsin-based reserve unit, were going through pre-deployment health checks at the post’s soldier readiness complex.

“At 1:34 p.m., I heard one of the civilian employees start screaming, ‘They’re shooting! They’re shooting in the other building!’ ” Platoni recalled. They couldn’t get to the wounded, she said, because the wounded started coming to them, turning the lobby into a triage center. In the end, 13 were killed and 33 more injured. “You know, we weren’t very good at it,” she said of trying to decompress after that trauma.

Later that night, the unit gathered in their barracks to hang out and eat pizza, but they were right back to their mobilization work-ups.

“We really didn’t have a chance to decompress. In some respects, the distraction was good,” she said. “On the other hand, it was not so good, because we were carrying terrible, terrible burdens into the combat theater.”

As the Army Reserve’s chief psychologist at the time, Platoni said she asked her chain of command to bring in professional teams to debrief the unit.

“Well, that didn’t work out too well either,” she said. “The Army sent in teams of the best mental health professionals from across the country that they could find. But unfortunately, we were in lockdown in our barracks for 48 hours.”

They met with a team four days later, but the debriefing was done, “very, very badly and not according to the rules,” she said. “Only four people talked, and that was because one wouldn’t shut up and talked twice.”

But when their leadership asked if they wanted to deploy, she said, they all said yes.

“Because the shooter’s motive was to shut down the mission, and we didn’t want to let him win,” she said.

The effects are still being felt, though, she added. There have been six suicides among the victims, and one additional attempt.

Platoni started working with Dayton’s SWAT units over a decade ago, and her role has grown since she retired from the Army in 2013.

Aug. 4 brought those memories flooding back, Platoni said. Before the night was over, there were teams of trauma counselors making their way to Dayton to support fire and police department personnel who responded to the shooting.

Though it took just half a minute to subdue the shooter, Platoni said it took 17 minutes for ambulances to arrive on-scene, as the fire department waited for an all-clear that there wasn’t a second shooter.

So police officers were taking the wounded and dying to the hospital in the backs of their cruisers, she said, or performing CPR even if they knew it was already too late.

“There’s often family members or friends around that need to see that every conceivable measure was taken to save these lives,” she said.

To help them process, everyone is scheduled for one-on-one sessions, and will be able to keep seeing Platoni in the future. In those sessions, she said, they are able to open up about what they saw, and Platoni helps them normalize the reactions they’re having and suggest coping mechanisms, for themselves as well as their spouses.

Reading books like Deadly Forces Encounters and Cop Shock, both of which deal with the stress and trauma of shootings, is also high on her list of recommendations.

Dayton has done things right, she added, because she has been going to training and other events with Dayton officers for years, so when they are required to see her, they’re already familiar with her.

To thank her, the department invited her to tag along when President Trump visited shooting victims at Miami Valley Hospital on Aug. 7.

“I got to salute the president, and he saluted me back,” she said. “I cannot believe it. What an honor.”